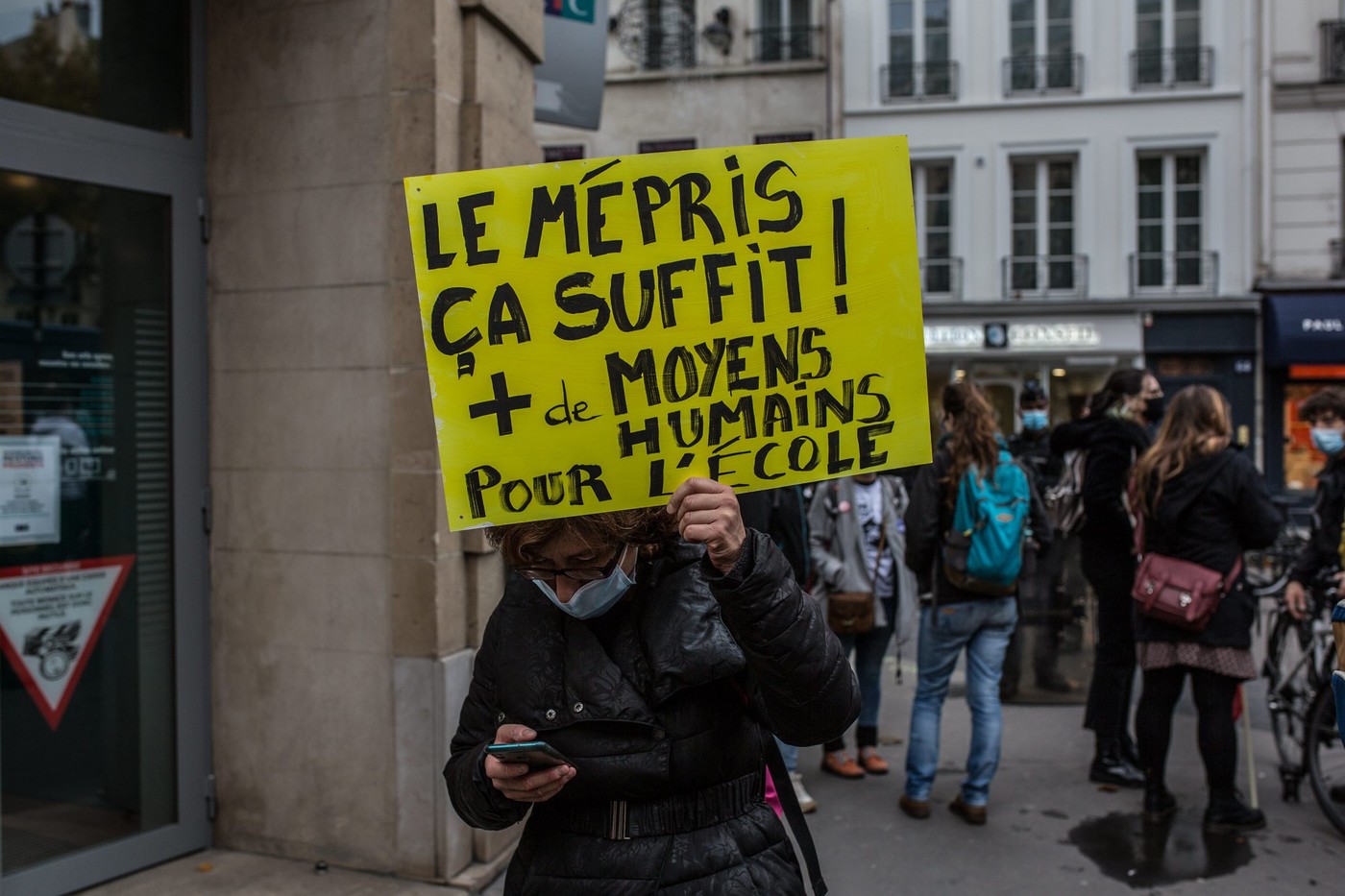 Primary, secondary, higher, same fight. At the call of a large inter-union (Snes, Snuipp, FO, Sud, Snalc, Snesup, etc.), professors and teacher-researchers, joined in particular by one of the main student organizations, UNEF, will try to put the government under pressure, this Tuesday, January 26.

On the national education side, the demands relate to a large extent to the question of salaries. “The measures recently announced by Jean-Michel Blanquer appear clearly insufficient”, justifies Jean-Rémi Girard, the president of the National Union of high schools and colleges (Snalc). In June, the Minister had, in a letter addressed to teachers, confirmed the release of € 400 million in 2021, with the payment of two bonuses: a computer equipment bonus of € 150 and an attractiveness bonus of up to at 100 € per month but reserved for teachers at the start of their career, i.e. one third of teachers.

“Teachers are still waiting for the programming law promised by the government”, continues Jean-Rémi Girard. A law that had been announced as a corollary to the pension reform – it was to compensate for the losses that the future method of calculating pensions would have entailed – postponed until Greek calendars because of Covid. Jean-Michel Blanquer could comment on the question in February, at the end of a Grenelle education, which for the trade unions has not kept its promises.

In addition to this question of salaries, there is that of staff. “1,800 positions will be cut when the secondary school starts, while the number of students continues to increase”, deplores Jean-Rémi Girard.

The back of the bin will also be a backdrop. The recent announcement of the abandonment of the specialty tests which were to be held in mid-March, in favor of continuous assessment, questions many teachers on the value of a diploma awarded according to a rating that sometimes varies greatly from one establishment to another. the other. But, acknowledges the president of Snalc, it also brought relief to many teachers who struggled to prepare their students for these exams as part of an amputated schedule, many high schools having reduced their gauge to 50% .

Teachers who feel “dispossessed of their profession”

This strike will also be an opportunity to denounce working conditions, assures Ghislaine David, general secretary of SNUipp, the main primary union. “Since 2017, teachers have felt dispossessed of their profession, with very injunctive management of assessments and vertical instructions. Latest attack to date: the questioning of kindergarten programs, today largely based on play and benevolence allowing children to move forward at their own pace. The Minister has commissioned a note from the Higher Council for Programs which calls for a return to a pre-elementary logic, to better prepare students for CP assessments. The idea behind this desire for reform is that we could teach people more things, sooner. However, we risk leaving many children by the wayside who do not benefit from support at home. “

This teaching movement is intervening in the specific context of the pandemic, with schools which should for the moment remain open despite the increase in the number of contaminations in recent weeks. “When there is a positive case, we ask that the other students can benefit from a group screening, especially as the children are often asymptomatic”, claims Ghislaine David. Jean-Rémi Girard assures him that “The figures put forward by the National Education are well below reality because they are based exclusively on declarations from families”.

The health crisis is weighing even more heavily on higher education, with universities deprived of face-to-face courses since last March (the only ones going to resume for the moment, in half-groups, tutorials in first years) and students who more and more are in a degraded psychic state. Among the demands made by the higher education unions, the creation of 65,000 jobs over ten years, wage increases but also and in the first place “The reopening of universities to students with the necessary means”.