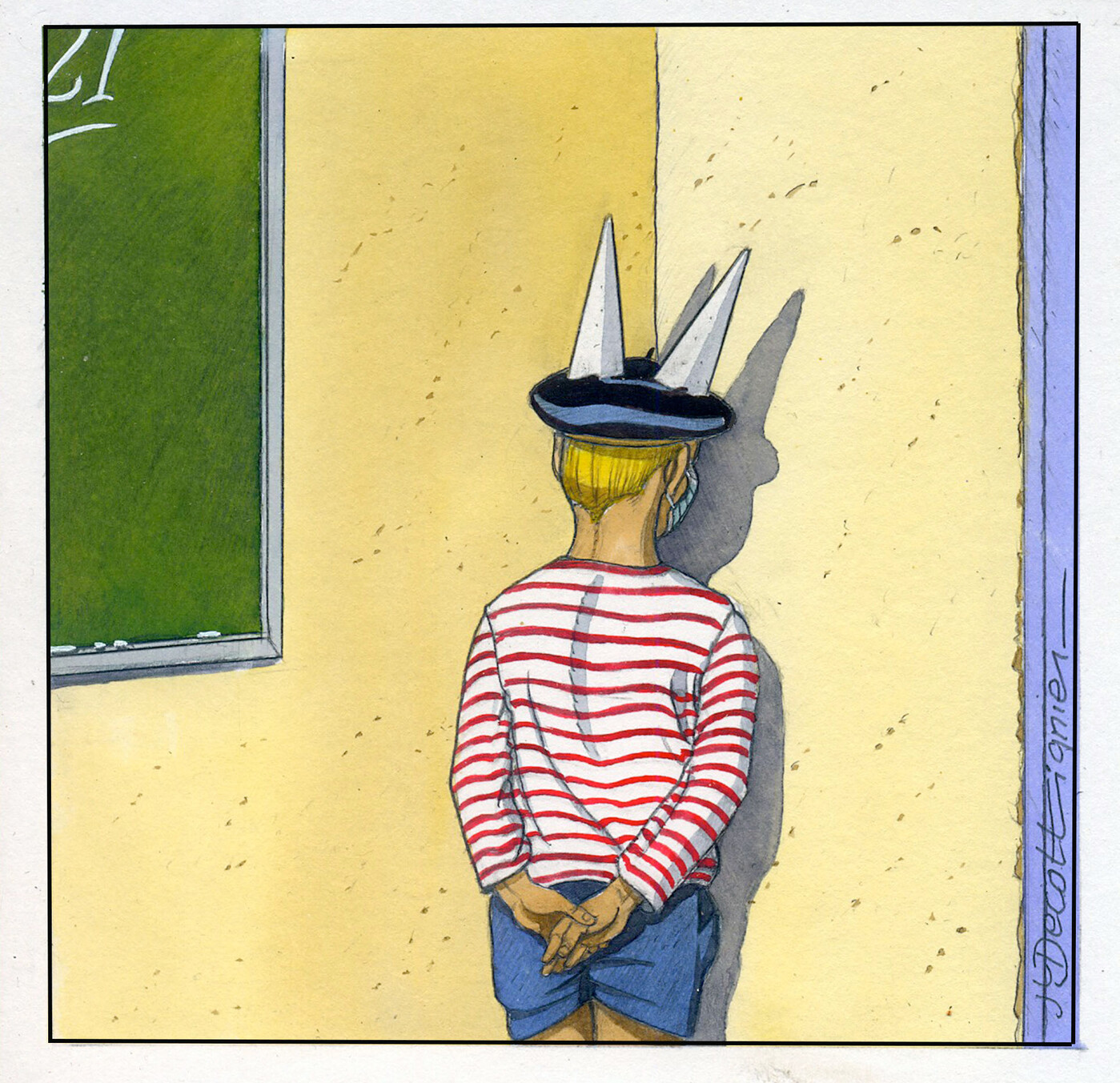 Blue, white, black. They are there, on the ground, lying in their small urban space having fallen on the sidewalk. Neglected out of a handbag, fallen from a pocket that was too full, dumped from a car stuck to the sidewalk. The masks of any fabric and of the same shape, pointed or flat, to be placed on a lower face that aspires to breathe the fresh air of cities and fields. The masks will fall soon and, the past summer there, they will be nothing but a bad memory. Bad memory framing French memory over nearly two years. Memory of major and outraged controversies at the beginning, when they were lacking, when, having understood that fine stocks had burned with impunity, we realized that we would have to buy some, and not just a few: tens of millions, from China promoted empress of the Middle Empire of our faces. Our faces then furious and shameful railing against the “nullity” of the authorities unable to provide us with small pieces of fabric for the utility discussed.

Then poured down on France, as on Egypt plagues, clouds of multicolored locusts. They had to be worn everywhere. They became the essential magical weapon, obligatory against the cursed virus. A weapon finally replaced for the sake of each other by the urgent need for vaccination. The diatribes changed object but not at all in intensity. There was, after a shortage of masks, a shortage of doses, good doses, effective and safe. The debate lasted for many weeks. Everyone having started to wear masks over their mouths, we could not understand what the experts who came to the plateau were saying. We did not understand crumbs or crumbs of their contradictory injunctions and their opposing statements. As if some spoke for a particular brand and others for its favorite competitor.

This is how, hopping from stone to stone above a mountain stream, we end up with this new trapping debate, at the beginning of summer: until when are these damn masks on our pale faces? The fact of no longer seeing yourself wearing it outdoors would sign the end of the pandemic. Thus was launched the last controversy opposing the wise, the cautious to the impatient who did not see themselves tan half of the face. There were last delirious puffs around these masks whose unbearable absence and the desired disappearance framed the life of the country for so long. They represented, in retrospect, these caryatid masks like two book presses on a fireplace making books of hours stand up, memories of confinement, remote work, reconfinements. The first chapter was titled “The Case of the Masks”. The last one could very well have taken the same title. From pebble to pebble and of these two initial sequences, we would only remember masks in the end. No masks, finally masks, as if it was raining. No more masks to stick on our faces, finally!

→ ANALYSIS. Summer opening: where is the pandemic in Europe?

Meanwhile, tens of thousands of invisible agonies of humans that we will have left to die alone stuffed with pipes, without freestanding masks. Deaths that will have left us stranded at the edge of the fatal well where all our ambitions end without recovery. All that remains is the haunting murmur and the complaints of the deceased who will have left before us. Will they have until the end, behind the protective plexiglass of their funeral and white chambers, heard the hubbub of our quarrels, the recurring media bombardment of our wickedness, insults and low blows?

Until this concluding slap in the face of Drôme, a gentle country among the sweetest France where an imbecile with the ideas of a headless duck aimed at the face of the Head of State a cheek where the traces of his infamy remained for a few hours. A slap that wanted revenge, washing away the misfortunes of the time which he had yet, with courage and conviction, faced without fear of crises, threats and actions that dishonor the France of the green hills.

The last chapter of the national novel could be titled: The Return of the Bull. The bull symbolizes stupidity and brutality when they pretend to advance without mask in front of us. If they have any, let’s tear them out!

The terraces of the cafes and brasseries will have served as the stages and pre-stages of Molière’s theater, with the necessary sadness and boredom when they were prohibited. When the halls of the great national theater were reopened to the full, we could hear and overhear over and over again the coarse, untimely violent words of the stars of the time we have just lived and endured: the lectures of Count Ciotti on the best way to be. feel safe; Eric Zemmour’s analyzes of the French decline and the best way out, his candidacy for the supreme office; we heard the tangled and too numerous rantings of Jean-Luc Mélenchon to save humanity out of his rhetoric with drawers.

→ ANALYSIS. Remarks on the attacks: the risky strategy of Jean-Luc Mélenchon

All this allowed the small artillerymen of the two rights to draw their guns to shoot anything that moved and proclaim that with them at least justice in France would become firm and fair. The few followers of the common good and a job well done had become inaudible because of the repeated vociferations of others. We should remember to cover our ears to avoid imposing on ourselves all the fury of the great national theater where miracle solutions to all problems would fall from the hangers as in Gravelotte. It is then that we will perhaps regret the time of the masks when all these actors were obliged to moderate their words and their attitudes. 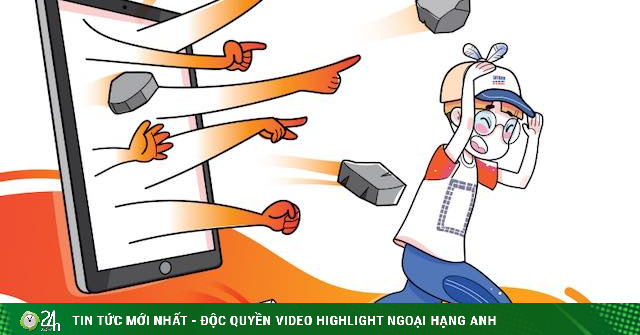