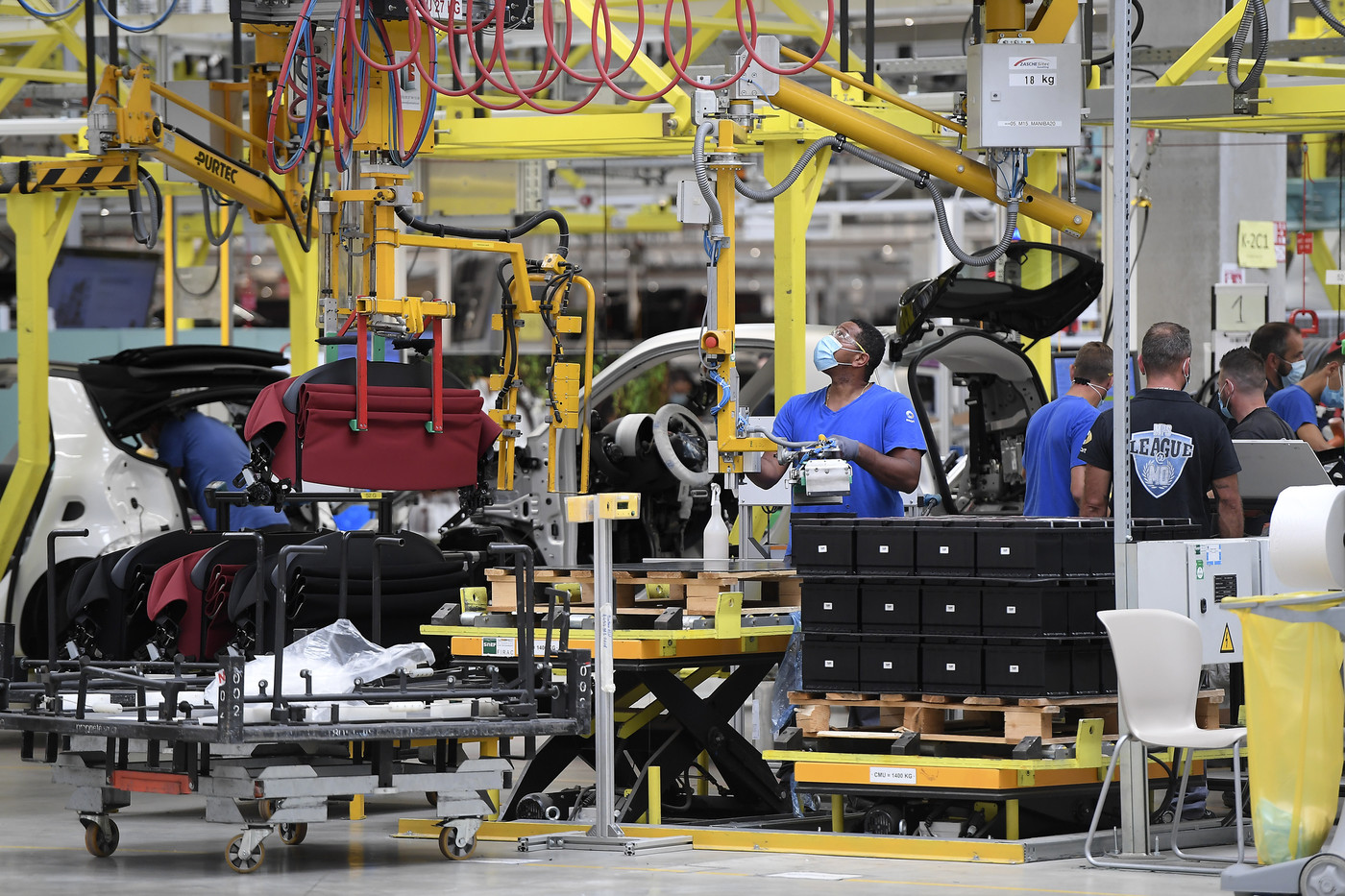 
“Grenadier”. During the Tour de France 2020, unusually organized in September due to the health crisis, the Ineos group had shown its confidence in the approval of its project to take over the Smart factory in Hambach, which Daimler has put up for sale. She had renamed her team, one of the best in the peloton, after the huge 4×4 that she plans to roll off the site, twenty-three years old. It took him well since the sale was signed Monday, December 7 in the evening.

From the category of light commercial vehicles

The British petrochemical company jumped at the windfall of the sale of the site by the German, who had argued financial difficulties caused by the Covid-19 crisis to announce in early July its intention to sell the plant. Ineos must therefore produce a 4×4 at the Hambach site, where Daimler has undertaken to continue production of an electric Smart as well as the front end of the new Mercedes electric SUV until 2024.

New to the automobile industry, Ineos, owned by Jim Ratcliffe, the richest Briton in the Kingdom, had taken the Grenadier out of the boxes: a vehicle very inspired by the Land Rover Defender, an icon of the automotive heritage of the UK. ” We want to make a robust and reliable vehicle, we advance towards Ineos, rather intended for mountainous areas, with crossings: in the American Rockies, the great forests, deep in Russia “.

Twenty thousand copies are planned each year. Ineos, who imagined an assembly of the vehicle associating factories in Portugal and Wales before the Moselle opportunity arose, specifies that it will also be available in Europe. In France, we underline at Ineos, “It will fall into the category of light commercial vehicles”, professionals, sold with more attractive taxation than that of private vehicles.

The weight of the vehicle, very probably greater than 2.1 tonnes, will however subject it to a significant penalty, and its gasoline or diesel engine looks like a contra-cyclical launch at the time of the electrification of the fleet. But the Ineos project was the only one, with sufficient scope for the defense of employment, to have been formulated.

“ In a hurry, we are forced to accept it, explained Emmanuel Benner of the CFTC, upstream of the social and economic committee (CSE) to give a motivated positive opinion on the project, Thursday, November 12. Secondly, we could perhaps consider another vehicle project, with another engine, for example hydrogen. “. And to insist on the fact that he has met, in the Ineos teams, ” motivated and serious people “.

His CFE-CGC counterpart Mario Mutzette conceded at the same time that this engine is a ” black dot »But especially underlined« luck “That there is” a buyer “, Putting this virtue to the account of” the Florange law ”, which requires, since 2014, the search for a buyer for any large company closing an establishment.

The two officials, members of a united inter-union (CGT, CFDT, CFTC, CFE-CGC, FO), argue that the negotiations were ” intense “With Daimler, from whom they learned to be” suspicious “. From 2015 to 2020, employees had agreed to work thirty-nine paid hours for thirty-seven, and Daimler had reinvested 500 million euros in 2018. Hence the predominant feeling of betrayal among the 1,600 employees of the site, including nearly 700 by subcontractors: a small half of them did not have a mobility contract with Daimler.

As of September, the unions had obtained that the factory produce Smart until 2024, instead of 2022 initially planned. They have also worked to secure the main lines of executives to allow as little social damage as possible, in the Daimler-Ineos transition.

Re-employment by industrial partners, negotiation of early retirement, transfer of personnel to the German sites of Rastatt, near Baden-Baden, or even Sindelfingen, near Stuttgart… Until collective rupture plans, “ even if that’s not what we want », Specifies Emmanuel Benner.

To ensure the sustainability of the activity in the medium term, Daimler will entrust it with the production of dashboards for the electric Mercedes GLA, which guarantees activity until 2026-2027.

In terms of jobs, the agreement signed with the unions “Made it possible to secure 1,300 of the 1,500 employees currently on the site”, said a source close to the management quoted by AFP on Tuesday, December 8, while for the 200 others, other projects will be necessary. This could include the construction of a photovoltaic panel factory right in front of “Smartville”, with the creation by 2025 of 1,800 jobs by REC Solar France, a subsidiary of the Danish Rec Group.

” Everything we do today will depend on the success of the Grenadier, the Mercedes GLA, points out Emmanuel Benner. These vehicles will have to find their audience “.