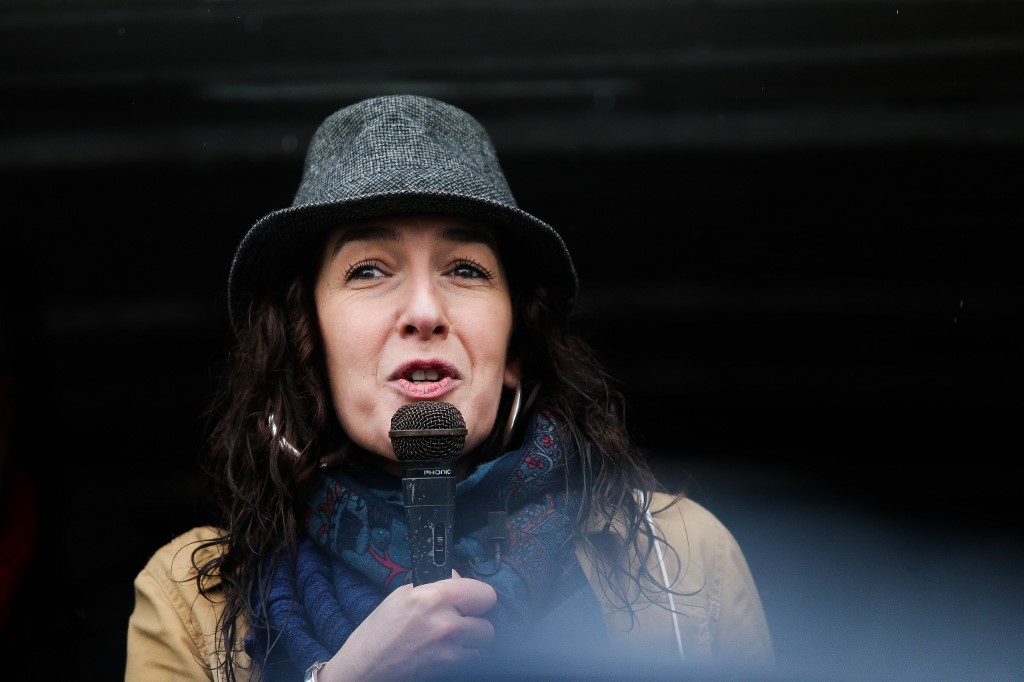 Lawyer Éric Morain, tenor of the bar, does not mince a word. “We have here what is called a gagging procedure, with 100,000 € requested from a poor association which only lives on donations and receives no subsidy, unlike the CIVB (inter-professional council for Bordeaux wines). ” Nicknamed the lawyer of natural wines, he will defend, this Thursday 17, before the civil chamber of the judicial court of Libourne (Gironde), Valérie Murat.

The president of Alert to toxics (AAT), a historical anti-pesticides activist in Bordeaux, supported by several associations and unions (Générations Futures, Confédération paysanne, etc.), is assigned to “Collective denigration of the Bordeaux wine industry” by 26 complainants, including AOC Graves, Margaux or Pessac-Léognan, operators and the CIVB.

In question: its analyzes, carried out by a certified laboratory, Dubernet, concerning 22 wines, mostly crus bourgeois and classified grand crus from Bordeaux, as well as a Champagne and a Languedoc, and all certified HVE (high environmental value). These revealed the presence of 4 to 15 residues of synthetic pesticides per bottle. All of them contained endocrine disruptors, 11 bottles of at least one CMR molecule (carcinogenic, mutagenic, reprotoxic) and 9 contained at least 1 Sdhis (fungicide potentially harmful to health). In “Very low levels far from posing a problem in relation to the legal limits”, specified the Dubernet laboratory in a press release.

There remains the very bad publicity thus given to the grands crus. “By criticizing products allegedly carcinogenic, Alerte aux toxins is causing considerable damage to a profession which is going through an unprecedented crisis due to the Covid epidemic”, insists the lawyer of the CIVB, Eve Duminy, who notably defended Monsanto against the Charentais farmer Paul François.

For her, it’s about “Anything but a gag order” : “The CIVB estimated the purchase price of advertisements on all media in which Alerte aux toxins was expressed at € 400,000. It chose to seek compensation for part of this damage. “

→ ARCHIVE. Bordeaux wines want to “get out of pesticides”

Valérie Murat, she defends herself: “I am accused of damaging the image of Bordeaux wines, and I am used as a scapegoat, which will avoid taking stock of a disastrous policy, she counterattacks. Those responsible for “Bordeaux bashing” are the owners far from having taken the ecological turn they claim. “

The HVE label is in fact promoted by the CIVB and financially supported by the public authorities, in particular the Ministry of Agriculture and the New Aquitaine region. “But the owners who claim to persist in using the most dangerous products on the market”, estimates Valérie Murat, who sees “Greenwashing” (promotion of a misleading ecological image): “Consumers are not informed and this is where the scam is. “ It therefore calls for the obligation for producers to include on their labels – “As for bottled mineral water” – the composition of their wines, and in particular the MRL (maximum limit for pesticide residues), which is only in force for wine grapes.

Very active for 10 years against pesticides, Valérie Murat had notably lodged a complaint against X (closed) after the death of her winegrower father, as a result of an occupational disease linked to the use of a product, sodium arsenite, the dangerousness of which is known.

And she does not mince her words against Bordeaux winegrowers, targeting certain estates, such as that of Hervé Grandeau, recently pushed to resign from the presidency of the Federation of great wines of Bordeaux, after his final conviction for “deception” on his wine, mixing AOC and table wines.

In defense, Eve Duminy says that the plaintiffs will provide second opinions on the presence of pesticide residues demonstrating “That the conclusions and results of AAT are false”. The decision is expected to be made in January.