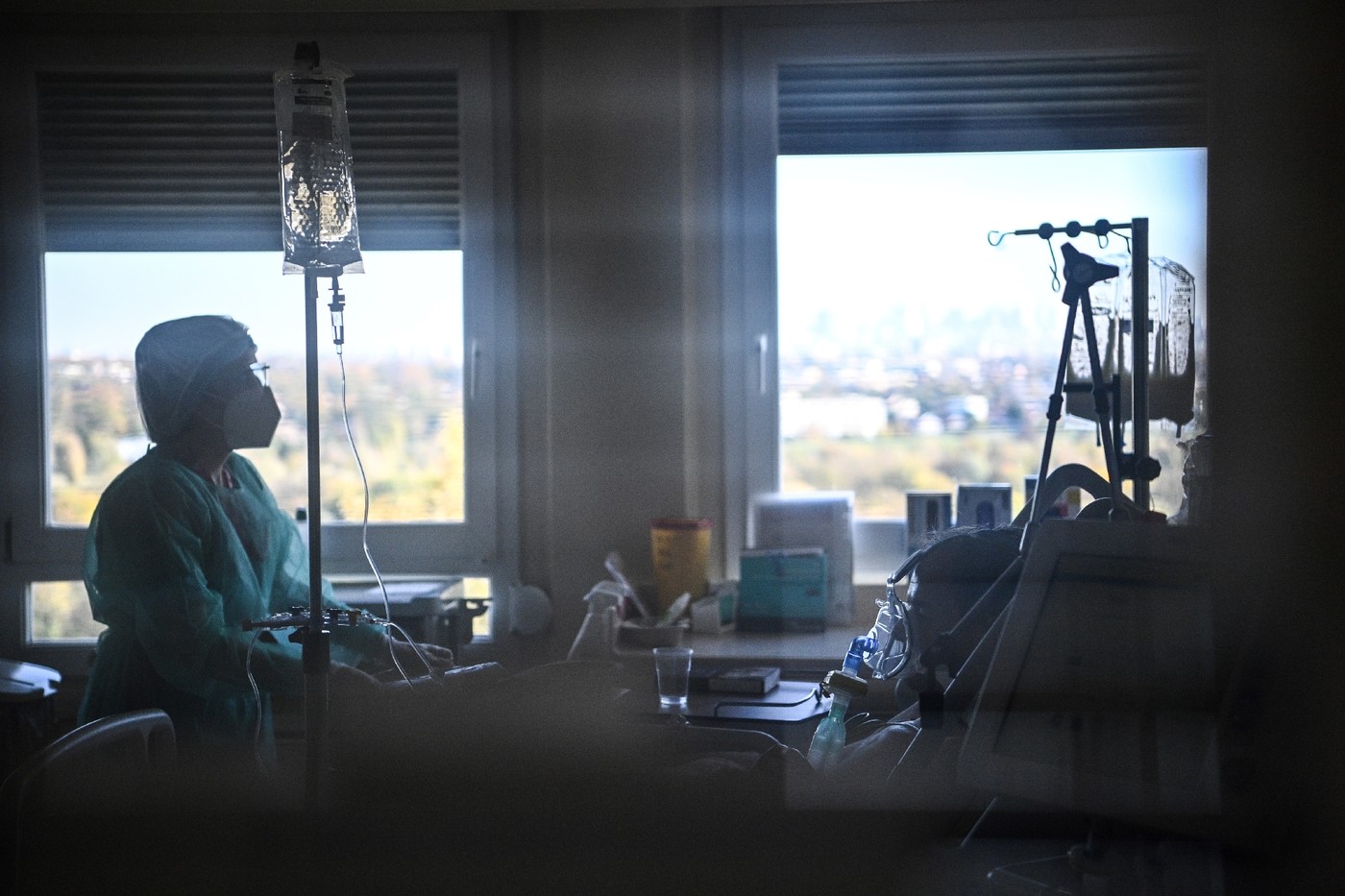 
Will France soon see the first effects of containment? Nothing is less certain as the epidemic accelerates, with indicators that are worsening day by day.

According to data published Saturday, November 7 by the public health agency France (SpF), 306 additional deaths of Covid-19 patients were recorded in 24 hours, bringing the total death toll to 40,169.

With 4,410 patients in intensive care and intensive care, against 3,721 at the start of the week, the pressure is considerable on these hospital services.

Coronavirus: the situation in France / AFP

The total reception capacity has been increased from 5,000 to 6,400 beds, with a target of 7,500 these days, which could be further raised to 10,500 beds. However, the situation remains tense in several regions, as evidenced by the first transfers of Covid-19 patients organized within the country, and, since Thursday and Friday, from the Grand Est region to Germany.

The number of new contaminations, however, was not communicated on Saturday, after a computer traffic jam caused by the influx of tests, which had made their census incomplete in recent days. Corrected data will be released on Monday by SpF.

On Friday, the health agency reported a new record with more than 60,000 positive cases, twice the levels seen in mid-October.

Visiting caregivers in the Loire, a department where the health situation is the most degraded in France, the Prime Minister, Jean Castex, repeated on Saturday that ” the best thing is to prevent sick people from arriving at the hospital, rather than being evacuated. And for that, there is no other solution than to strictly respect confinement and barrier gestures “.

“ The situation is very worrying », Facing a second wave« very violent “, Reaffirmed Saturday the Minister of Health, Olivier Véran, before the deputies, who validated in a final vote the extension of the state of health emergency.

→ THE FACTS. Health crisis: Olivier Véran’s anger against the opposition

As in the spring, the Ministry of Health took measures to allow the continuity of treatment and care during confinement, but also the use of contraception, the practice of medical abortions and opioid substitution treatments, in order to preserve the patient health while alleviating the demands on the health system.

On the economic front, four federations of downtown stores and shopping centers have asked the government to restrict online sales “to only basic necessities” and to ban “Black Friday”, in a column published in the Sunday newspaper. They are also asking to be able to reopen “non-essential” businesses from November 12.

→ READ. Bookstores in the hope of reopening

The Minister of the Economy Bruno Le Maire warns for his part that a reopening ” can only be considered (…) with new health rules », In an interview with the same weekly. This could be a raising of the reception gauge or access to stores by appointment.

The Council of State also maintained on Saturday the ban on religious ceremonies with a large audience, while urging the government to clarify certain rules.

→ ANALYSIS. Prohibition of public worship: Bishop Moulins-Beaufort’s appeal to the responsibility of bishops

In this second weekend since the reconfinement, a question is in everyone’s mind: will it be enough to slow down the epidemic which now affects the entire territory, unlike in the spring?

The government, in any case, has not imposed an additional general turn of the screw until it produces its first effects. He again ruled out on Sunday an imposed confinement for the elderly, his spokesman Gabriel Attal stressing in particular that this measure would be “ethically complicated”.

→ ANALYSIS. Confining only the elderly? A “strange society”, for Olivier Véran

However, faced with insistent demands in the medical community for the closure of high schools and colleges, and anger in schools at a health protocol deemed insufficient, the Minister of National Education Jean-Michel Blanquer encouraged courses to distance for high school students, while maintaining a minimum of 50% in class.

And in Paris, to limit the concentrations of people, delivery and take-out by restaurants and bars, as well as the sale and consumption of alcohol on public roads have been banned since Friday between 10 p.m. and 6 a.m. .

→ THE FACTS. Covid-19: delivery and take-out prohibited from 10 p.m. Friday in Paris

Finally, the prefect of Saint-Pierre and Miquelon announced on Saturday the introduction of compulsory quarantine measures of seven days for all travelers arriving on this French archipelago located in the North Atlantic.