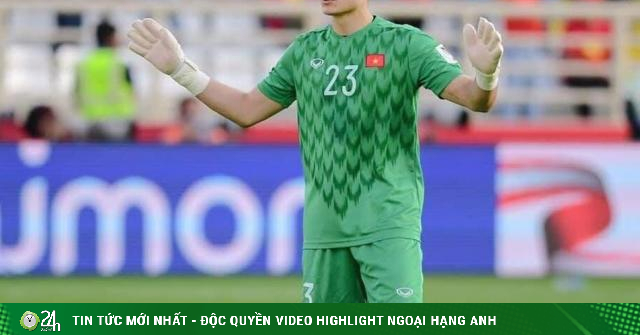 Nguyen Cong Phuong, Nguyen Quang Hai, Nguyen Tien Linh, Vu Van Thanh, … of the Vietnamese team simultaneously posted a new status on Facebook on June 8 after a resounding 4 – 0 victory over their Indonesian opponent. In it, Tien Linh’s English post with the short phrase “Try more” caught the attention of Dang Van Lam, and he left a comment for his teammates: “Just keep it up. so do it”. 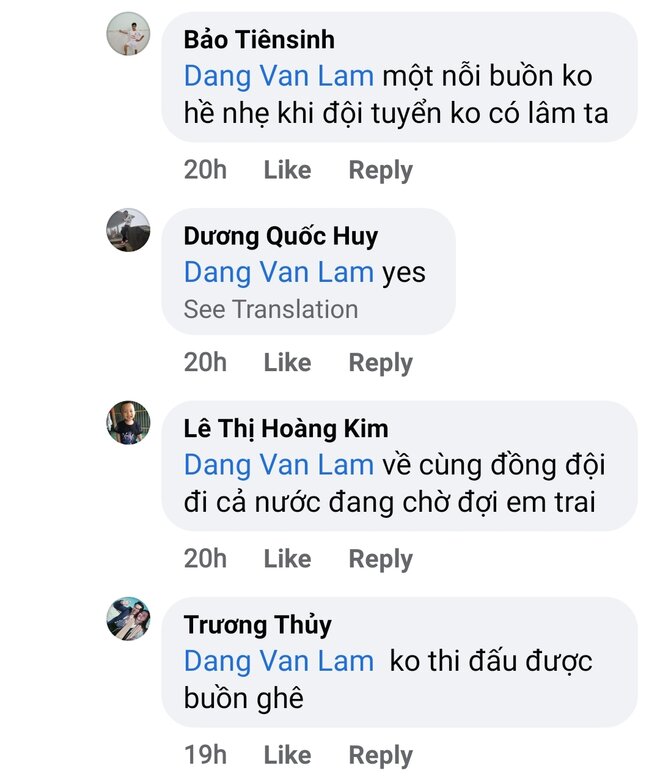 The love of Vietnamese football fans for Dang Van Lam.

Thereby showing that, even though he missed the trip with the Vietnamese team to the UAE to compete in the 2nd qualifying round – Group G World Cup 2022, this goalkeeper always watched his teammates. His comment on Tien Linh’s Facebook also immediately received nearly 1,000 likes, dropping hearts along with many “reply” of fans, especially Tien Linh replied “standard men”.

With just one comment, Dang Van Lam also made fans miss. “Without Mr. Lam, it’s sad!”, “Lam didn’t come back to join the army with the whole team, what a pity!”, “It’s not a light sadness when the team doesn’t have Lam Ta”, “This place misses Mr. Lam.. .”,… are some of the many feelings that fans have for the Vietnamese-Russian goalkeeper. Missing the opportunity to go to the UAE to join the Vietnamese team, goalkeeper Dang Van Lam stayed in Japan to enthusiastically train in the colors of the club (club) Cerezo Osaka. He and this club have just received the good news when the battle was natural in the AFC Champions League arena.

After not being able to go to the UAE to focus on the Vietnam team for the 2022 World Cup qualifiers because a player from the Cerezo Osaka club was infected with COVID-19, goalkeeper Dang Van Lam practiced enthusiastically to perfect his skills as well as make peace. Join your teammates.

“Try more” is the latest status line that Nguyen Tien Linh has just posted on Facebook.