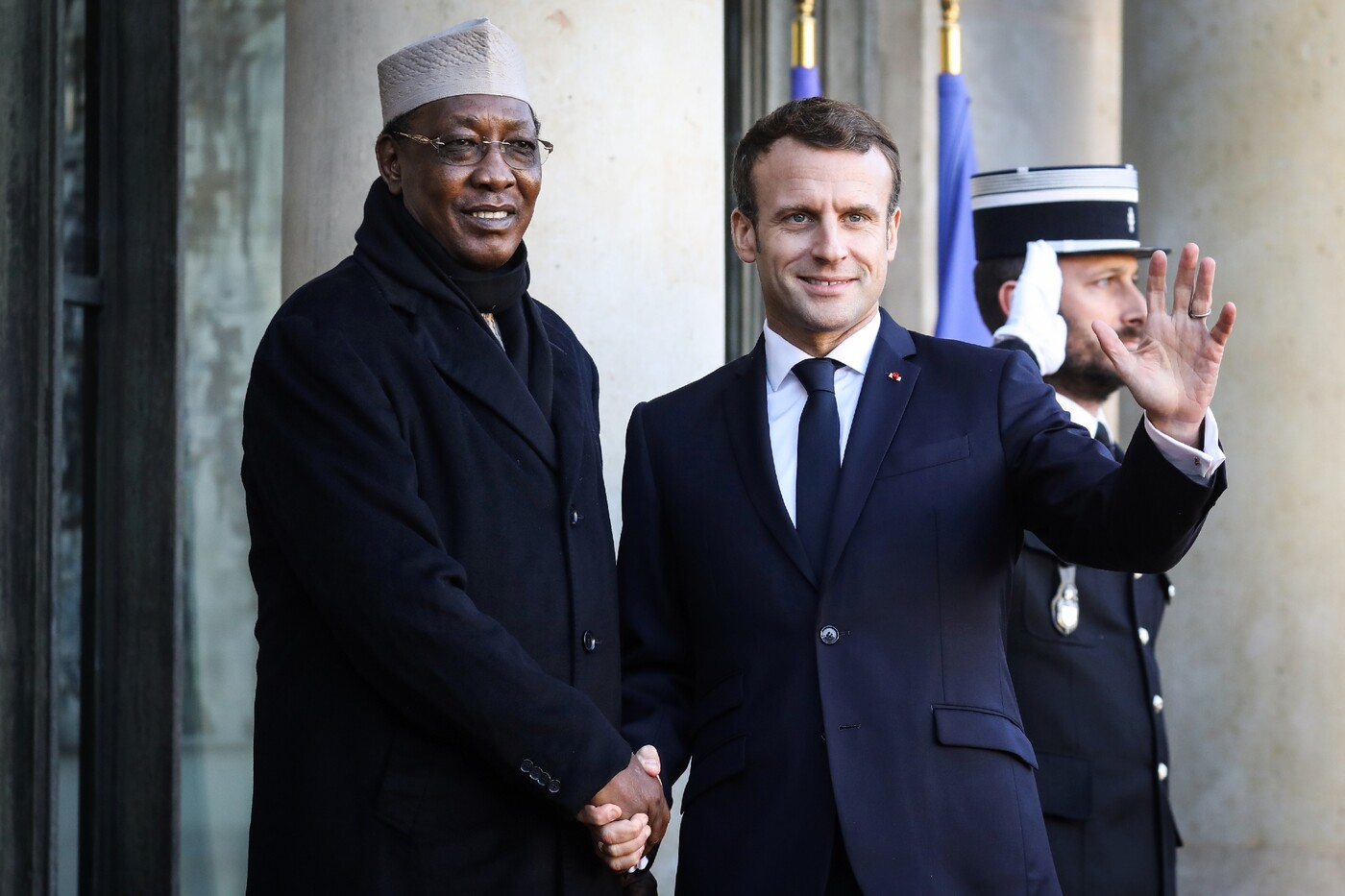 The military junta led by the son of the late Chadian President Idriss Déby pays, Friday, April 23, a final tribute to the one who ruled the country with an iron fist for thirty years. Emmanuel Macron, who arrived in N’Djamena on Thursday evening, April 22, will be the only Western head of state present at Idriss Déby’s funeral. After his plane landed on the runway of the military base which houses the headquarters of the French force, the President of the Republic was escorted to the French embassy by armored vehicles from Barkhane.

The Chadian marshal was France’s strongest ally against the jihadists in the region. France has also installed the HQ of Barkhane, its anti-jihadist force in the Sahel, in N’Djamena. Idriss Déby, himself, had always been able to count on the former colonial power since coming to power by force in 1990, with the help of Paris,

After his death, France has already expressed concern on several occasions about “The stability and territorial integrity of Chad”. “Will the transitional military council ensure the stability and integrity of Chad? “, asked Jean-Yves Le Drian, French Minister of Foreign Affairs on Thursday, also wondering about his ability to “Implement a democratic process” while respecting its military commitments in the region.

→ MAINTENANCE. Death of Idriss Déby in Chad: “This death can generate security problems”

A dozen heads of state are expected in the Chadian capital on Friday, including those from several other Sahelian countries, such as Mali, Niger and Burkina Faso, or the president of the Sudanese Sovereign Council, General Abdel Fattah al-Burhan. Congolese Félix Tshisekedi, current president of the African Union (AU), also confirmed his presence.

Idriss Déby died Monday, according to the Chadian presidency, at the age of 68, from injuries sustained at the front against rebels. His son, Mahamat Idriss Déby, a 37-year-old corps general, is the regime’s new strongman. He has full powers but promised new institutions after elections “Free and democratic” in a year and a half. For many opponents who have always been repressed by Idriss Déby’s regime, this takeover is nothing more than a “Institutional coup”.

The arrival of heads of state represents a major security challenge for the new regime, still facing a rebellion from Libya which has promised to march on N’Djamena and rejects “Categorically” the military transition. The threat could also come from inside the regime, because the seizure of power of the young Mahamat Idriss Déby is sudden and the desires numerous within the clan of the late head of state.

→ EXPLANATION. Should we withdraw our troops from the Sahel?

The all-powerful Directorate General of Security Services of State Institutions (DGSSIE), until then headed by the new president of the CMT, “Risk of dividing. They will solve their problems, as they have done in the past, by attempts at physical eliminations, with the implication of armed violence in the capital ”, predicts Roland Marchal, researcher at the International Research Center (Ceri) of Sciences-Po Paris.