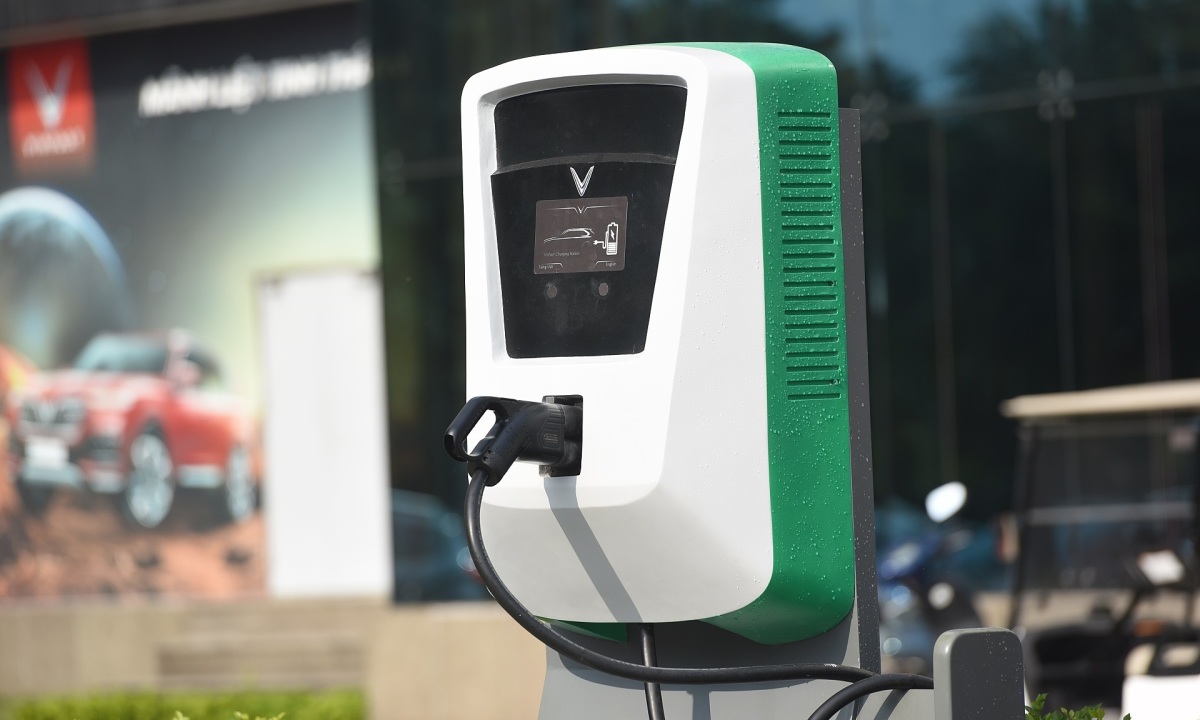 Not only VinFast benefits if it is exempt from taxes and fees as proposed, the whole auto industry is also holding its breath waiting for policies.

In mid-May, Vingroup proposed piloting preferential excise tax (SCT) and registration fee for 5 years with electric cars, in a meeting with leaders of the Government, ministries and sectors. The conclusion made after the meeting showed that the Government leaders agreed that there should be strong and drastic solutions to support the development of electric car production. Vingroup’s proposal will be chaired by the Ministry of Finance for completion.

The results of the meeting showed that VinFast is on the right track with the Government’s wishes. That means, VinFast’s electric car – although there are no models on the road yet, will not be a walking investment to expand the business of the giant Vingroup. The mission of the VF e34, 35, 36 is more important, that is pioneering a new development orientation of the country.

About 5 years ago, especially since VinFast started construction of a 335-hectare factory on Cat Hai island (Hai Phong) in 2018, the goal of developing the auto industry is towards domestic production and assembly, limiting imports. more clearly shown by the Government. The Big Three (three “big guys”) hold the foothold of VinFast, Thaco and Thanh Cong – three Vietnamese companies, not joint ventures.

The common point of these three firms, in addition to being pure Vietnamese, is also production and assembly orientation. If Thaco and Thanh Cong develop based on existing cooperation with already famous foreign brands such as Mazda, Kia, and Hyundai, VinFast will create its own brand. If the other two firms tend to “assemble” (install pre-designed things), then VinFast is “manufactured” (create products by themselves). At this time, when Thaco and Thanh Cong are still focusing on internal combustion engine vehicles, VinFast is focusing on electric vehicles.

This pioneer has many challenges in terms of both production and consumption. Estimates of experts around the world show that the cost of producing electric cars compared with traditional internal combustion engine cars of the same size is still about 45% more expensive, until 2030, this figure will decrease to about 9 %, which is still more expensive to produce.

While electric cars have a simpler structure and are easier to manufacture, what makes the production cost more expensive than gasoline cars? The answer comes from the battery pack. Battery costs still account for about 40% of an electric vehicle. The battery is the soul of an electric vehicle, but car manufacturers cannot hold this soul on their own, but depend on suppliers. Currently, many companies are researching solutions to increase capacity, increase lifespan, reduce size, reduce charging time and reduce battery cost, but have not been able to commercialize it at a cheap price. Therefore, car manufacturers must depend on and accept higher production costs than traditional cars.

Professor Pham Ngoc Dang, Vice President of the Vietnam Association for the Protection of Nature and Environment, once announced that up to 70% of fine dust in the air comes from motorbikes and cars using internal combustion engines. That is, if you replace petrol and diesel vehicles with electric ones, the air will be much cleaner because of a significant reduction in fine dust. In addition, the greenhouse effect, noise pollution are also problems that electric vehicles will thoroughly solve compared to gasoline and diesel cars.

As for the problem of needing more electricity to charge the car, making electricity production also create pollution, an environmental expert said it is practically controllable. The amount of electricity in Vietnam is currently generated from 36% hydroelectricity and renewable energy, i.e. processes that do not pollute the environment. Although the majority is thermal power (47%), but with the potential of hydroelectricity and wind and solar power growing, these issues can be resolved to reconcile all benefits.

Besides environmental benefits, from an economic perspective, according to experts, electric vehicles should also be encouraged. Mr. Bui Quang Tuan, Director of the Vietnam Economic Institute, said that this type of vehicle should be supported and provided with economic incentives such as exemption from SCT and registration fee proposed by Vingroup.

Mr. Tuan analyzed, there will be no need to worry about the budget deficit, because when there are incentives, the car price will be cheaper, the sales volume will increase, thereby other taxes and fees that manufacturers and consumers will pay. used to pay into the budget increased again, “only benefit but not loss”. In addition, the electric car industry is an amalgamation of many other industries, so if electric vehicles develop, the supporting industry also develops, which can create breakthroughs and solve macro problems such as: employment, income as well as national status.

Basically, there are 3 groups of policies that China and other countries are applying Deals for car manufacturers; car buyer subsidy and administrative procedures for prioritizing electric vehicles. Specifically, electric vehicle manufacturing companies are supported by the power grid from state-owned companies, a 30% capital subsidy to build a charging station, and a subsidy of nearly $8,000 for each vehicle produced. Meanwhile, people in this country when buying electric vehicles are supported with 17,000 USD, 50-100% reduction in registration fees, free or low charging costs. With administrative procedures, customers using electric cars do not have to wait 6-12 months to be registered like petrol cars, can go into some prohibited inner city areas…

In the old continent of Europe, where Norway is the only country in the world to sell more electric cars than petrol cars in 2020, the policies are equally rich. Electric car companies are exempted from a series of taxes such as sales, import, VAT, subsidized 50% of production costs, subsidized charging station installation costs… Users are supported nearly 5,000 USD when buying a car, discount fast charging service, free parking, use of bus lanes, some road and ferry fees waived.

With the market and economic form closest to Vietnam, Southeast Asian countries such as Thailand, Indonesia, and Malaysia all have their own policies for electric vehicles. Based on the level of CO2 emissions to tax SCT, electric vehicles in these countries are only subject to 0% or a very small 5% tax.

A synchronous policy system from production, consumption to use is being applied by countries to promote electric vehicles and limit petrol cars. The application of any kind of incentives depends on the reality of the economy, the state budget as well as the long-term orientations in each place. But according to experts, in order to popularize new vehicles, it is still necessary to have separate mechanisms for all three processes as other countries are doing. Even if Vingroup’s proposal is approved, it may not be enough to motivate consumers to buy electric cars.

Moreover, if these incentives are effective, but only VinFast makes electric cars, it will not solve the big picture. So, in fact, this is an incentive for the whole auto industry, especially joint ventures, which already have products and research on this car line. Currently, almost no car company besides VinFast intends to sell electric cars in the near future, because of concerns about costs, infrastructure, and user habits, even though Nissan has registered to protect industrial designs for cars. Ariya electric vehicle in Vietnam, TC Motor also has its own plans for electric and hybrid vehicles when the factory in Quang Ninh comes into operation. Hybrid cars, plug-in hybrids are the sights of manufacturers.

But when these proposals come to fruition and there are more attractive incentives, companies may have to accelerate the progress of bringing electric vehicles to Vietnam, a vehicle industry strategist said. “If the platter is prepared, and it is full of delicious dishes, whoever is late will lose their share,” he said.

When electric cars of Toyota, Honda, Mitsubishi, Ford, Hyundai, Nissan… are produced in Vietnam, the beneficiaries will be customers. At that time, not only one, but many companies will make the charging system together, not to mention the business units outside the car industry. The obstacles decrease with customers, is also the time when car manufacturers assess the market has enough attractiveness to “join the war”. As for the Government, the problem of environmental pollution opens up part of the answer, which is electric cars – the recipe for people’s clothes to not smell like gasoline smoke. 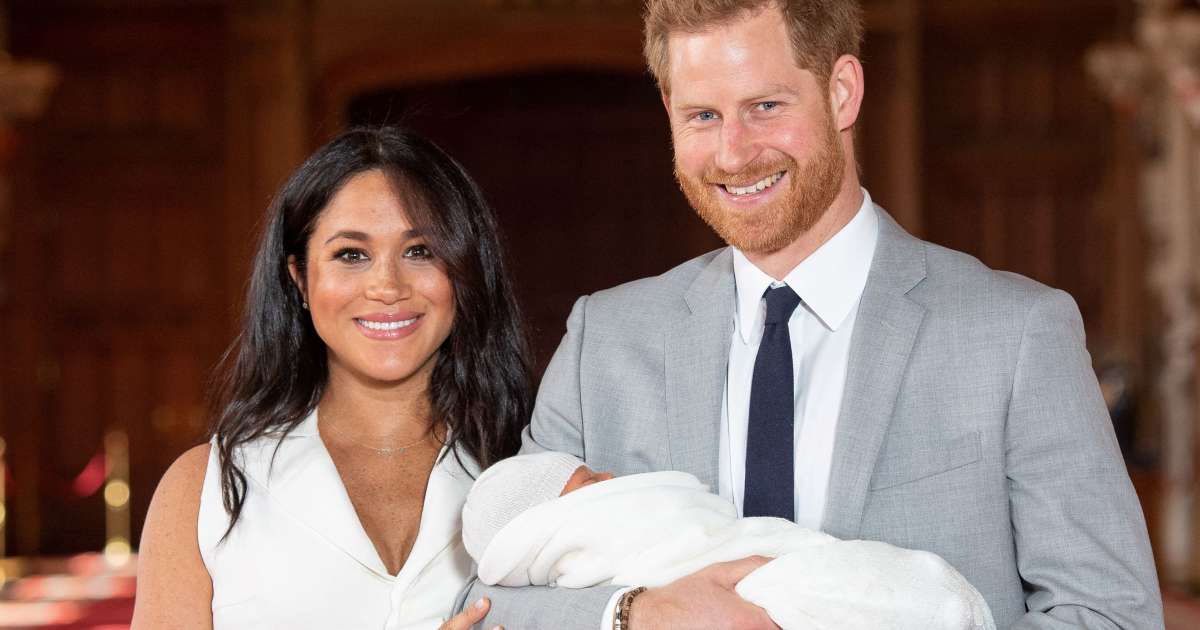