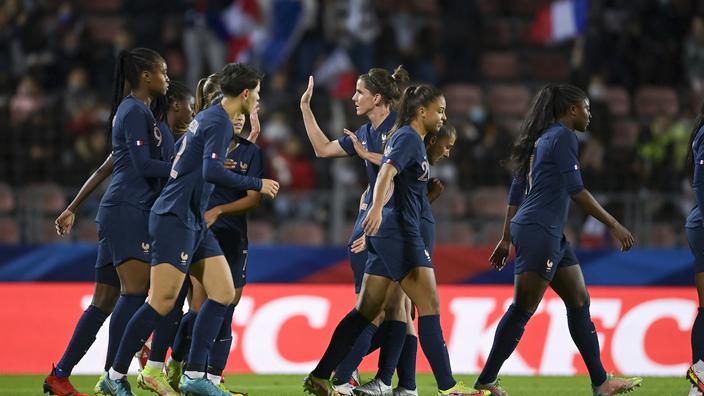 What you must remember

Fourth consecutive victory in 4 games. The players of Corinne Deacon knew how to put their game in place from the first minutes to win 5 goals to 0 against the Kazakhes. With possession of the ball largely to the advantage of the Blue (80%), the players of the France team started the meeting with their feet to the ground to lead at half-time with a score of 4 goals to 0.

Holder, the player of Olympique Lyonnais has offered her first double of her career in the French team. In the 38th minute, the young 21-year-old was served by Delphine Cascarino and left the Kazakh goalkeeper Saratovtseva helpless. In the second half, 10 minutes after the restart, Melvine Malard will shine a second time on a service from Sandie Toletti.

The France team (12pts) therefore remains at the top of its group for the qualification for the 2023 World Cup ahead of Wales (7pts) and Greece (6pts).

Final whistle at the Astana Arena

It’s over between the Blue and the Kazakhes. Les Bleues got the job done by winning 5-0.

A change is made by the Kazakhstan team. Khairulina gives way to Satygaliyeva.

The free kick will not give anything (90th)

Following the set piece, a foul was committed on the Kazakh goalkeeper. Saratovsteva will be able to breathe some air.

Just before the last minute of regulation time, France will offer themselves a new opportunity on a free kick.

Umpteenth strike attempt on the French side. Corner to follow which will give nothing.

After a corner, Viviane Asseyi also tries a shot that will miss the goals of Kazakhstan. The pressure increased on Saratovsteva’s goal at the end of the match.

Interesting sequence of play on the Blue side (80th)

After a long period of possession, the ball arrives to the right of the Kazakh surface. Baltimore receives a cross on the penalty spot but his header goes over the goal.

The Paris Saint-Germain player gets on her left foot before hitting 25 meters from the goal but her shot goes just above.

After a sequence of passes on the Blue side, Melvine Malard is well served in the area but she misses her shot from the penalty spot.

Counter-attack of the French team (71st)

After a first offensive sequence of the Kazakhes, the Blue quickly project against and get a corner.

Two changes for the Blue (68th)

Big opportunity for the Blue (67th)

After the corner hit by Baltimore, the ball drags in the box. Following a cross from the right, De Almeida won with a header but could not score at the end yet against Saratovtseva.

Kenza Dali’s volley was stopped by the Kazakh goalkeeper on her line. Corner to follow for the Blue.

Calm settles in this part (64th)

Les Bleues dominate but cannot score since the double from Melvine Malard (55th).

The hour of play at the Astana Arena (60th)

After 60 minutes of play, France still leads 5-0 in Kazakhstan. Les Bleues have had control of the ball in the opposing camp since the resumption of the second half.

Change on the French side

Upon returning from the locker room, Katoto was replaced by Baltimore just like Tounkara, replaced by Cissoko in the center of the defense.

On a cross from the right by Baltimore, Melvine Malard is needed in the air to afford a double. His first with Les Bleues.

Bilbault’s strike on the crossbar! (50th)

The captain of the French team tries her luck at 20 meters but the ball hits the crossbar before going out of bounds. Six meters for Saratovsteva.

The French put their foot on the ball as soon as this second half resumes and get a corner that will give nothing.

From the start of the second period, the France team is offensive with an attempt by Malard who just passed over the crossbar of Saratovsteva.

It’s back to Kazakhstan!

Les Bleues kick off this second half.

France quietly leads 4-0 against a weak Kazakh formation. Led by a Marie-Antoinette Katoto in great shape, author of a double, the players of Corinne Deacon stroll through this first period. Kenza Dali delivered two assists for the PSG striker. Kazakhstan never approached the opponent’s area and Pauline Peyraud-Magnin only touched one ball.

Oh Cascarino regaling on the right (45 ‘)

Small festival of Cascarino on the right side who dribbles one then two players before crossing back. Toletti lets go for Dali but the Kazakh defender intervenes.

Perle Morroni tries to provoke on the left wing but is caught by the Kazakh defense. (45 ‘)

On a harmless ball, the Kazakh goalkeeper just has to grab the ball but goes completely through and hits Katoto. No penalty, but what a mistake the goalkeeper made!

And it is signed Melvine Malard! On the right side Bilbault launches Delphine Cascarino who provokes and enters the box. His cross is perfectly captured by Malard who scores the 4th goal for Les Bleues!

Sandie Toletti tries his luck from afar at the entrance to the area on the left corner. His shot is well captured by Saratovtseva.

Saratovtseva save on a strike from Dali (33rd)

Very good one-two between Dali and Katoto. The latter gives to Kenza Dali who tries to adjust Saratovtseva at the entrance to the area. The Kazakh guard pushes back.

Attempt not on target for Toletti (30th)

Sandie Toletti sets off but it goes above the opposing goals.

Very good free kick to follow for the Blue (29th)

Another cross from Périsset from the right wing after a good shift from Cascarino. The Kazakh defense is doing somehow but commits a fault just entering the area. Very good free kick to follow.

Double for Marie-Antoinette Katoto! The Parisienne takes a perfect header from a corner hit by Deli. 3-0 for France who walks!

Free kick that gives nothing for the Blue (21st)

The PSG striker is very close to taking advantage of a bad pass back from an opposing defender towards her goalkeeper. Finally Saratovtseva manages to get away.

And it is signed Kenza Dali! Center behind Périsset from the right for Dali who continues with a strike from the right. The Kazakh goalkeeper tries a parade with the right hand but is completely holed up in conceding a cap goal.

Good call from Kenza Dali on the right wing. His center is countered for a corner.

Katoto is injured on his goal (10th)

The striker of the blues is treated on the edge of the pelouse but quickly returned to the lawn of the Astana Arena.

And it is signed Marie-Antoinette Katoto! Although launched deep into the surface by Kenza Dali, Katoto takes a volley in first intention. His shot ended flush with Saratovtesa’s post. 7th goal in 4 qualifying matches for the PSG player.

The number 15 of the blues tries her luck at the entrance to the surface after a good combination.

The corner gives nothing (4th)

Despite the hazardous exit of the Kazakh goalkeeper, Malard’s head is well captured by the opposing goalkeeper.

A Kazakh player on the ground (3rd)

On a cross from the left, the Kazakh defender Kundyz Kozhakhmet diverts for a corner but remains on the ground. She seems to have injured herself on her recovery.

The blue quickly recover the ball in the feet of their opponents thanks to an effective pressing. (2nd)

The Kazakhes kick off this meeting.

The XI of Kazakhstan

The XI of the French team

With three victories in as many matches, all the lights are green for the French women’s team in this qualifying pool. The players of Corinne Deacon even crushed Estonia in Créteil (11-0) in their last match.

Welcome to this live to follow this match between Kazakhstan and France in the framework of the qualifiers for the 2023 Women’s World Cup. The match will take place at the Astana Arena in Noursoultan, the Kazakh capital. 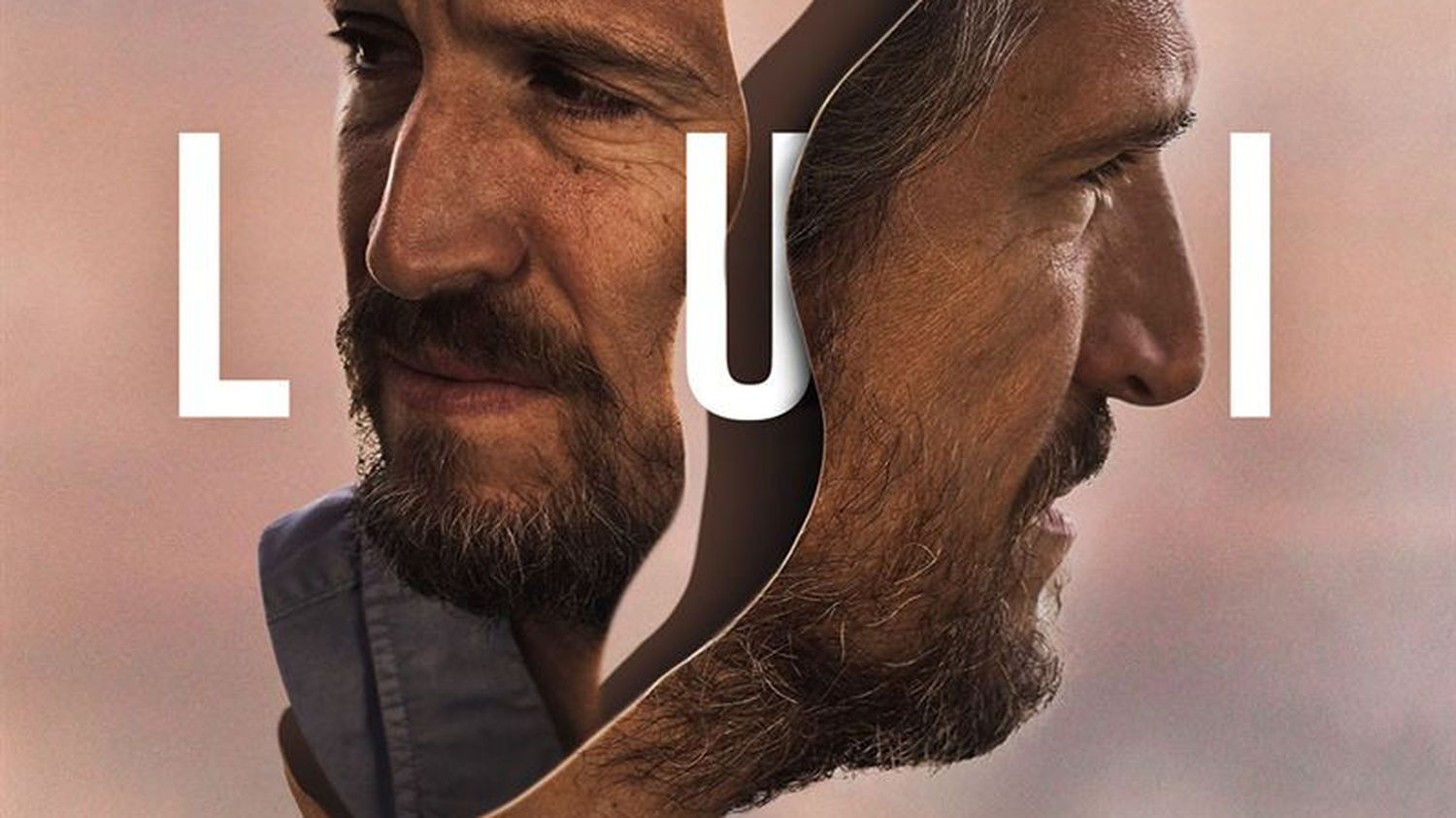