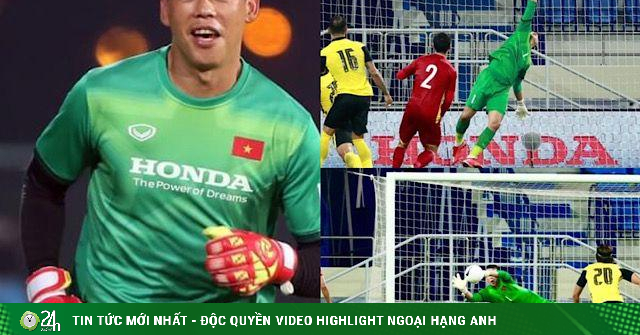 Not only causing a “fever” on Facebook, Bui Tan Truong also became the most searched name on Google.

The 2 – 1 victory of the Vietnamese team against the Malaysian opponent in the late 11/6 match must mention the great achievement of goalkeeper Bui Tan Truong. Watching this match, Vietnamese fans continuously saw Tan Truong jumping up and down to push the ball, punching the ball and then reaching out to the sides of the vertical post to prevent many dangerous balls from his team. This goalkeeper only had to concede a goal once because of a penalty in the 71st minute.

Immediately after the match, Bui Tan Truong continuously posted many statuses on his Facebook account of nearly 100,000 fans. Each post received a huge amount of interaction and a rain of compliments from fans. In it, the first status is “Now I don’t know what to say but thank you” with a photo with Mr. This is the thank you goalkeeper No. 24 to the national football fans, and especially to coach Park Hang-seo when he called Tan Truong to join the national team. 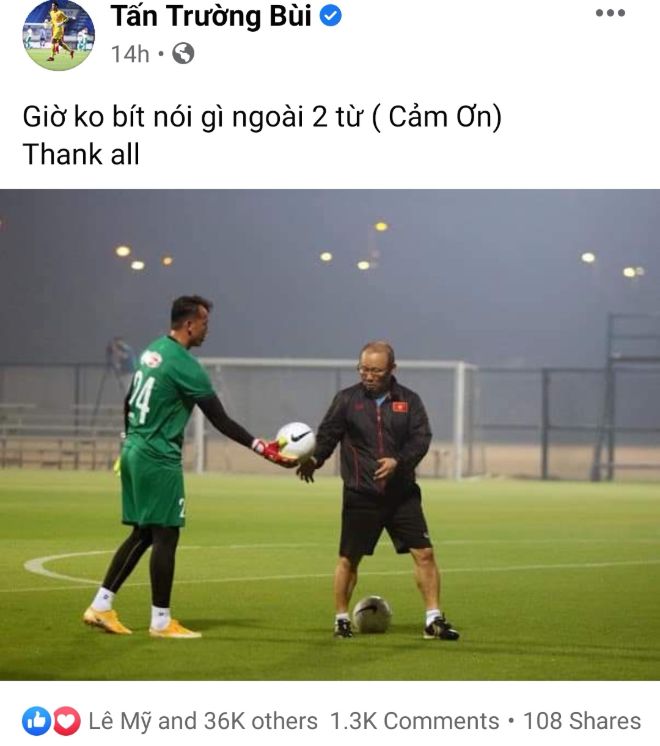 Perhaps emotions are surging after the successful match of the team in general and Tan Truong himself in particular, he continued to share: “All efforts will be rewarded. Vietnam, pride”. and “Luck does not humiliate fate” at noon on June 12. In response, fans are also excited to see Tan Truong on the screen continuously. 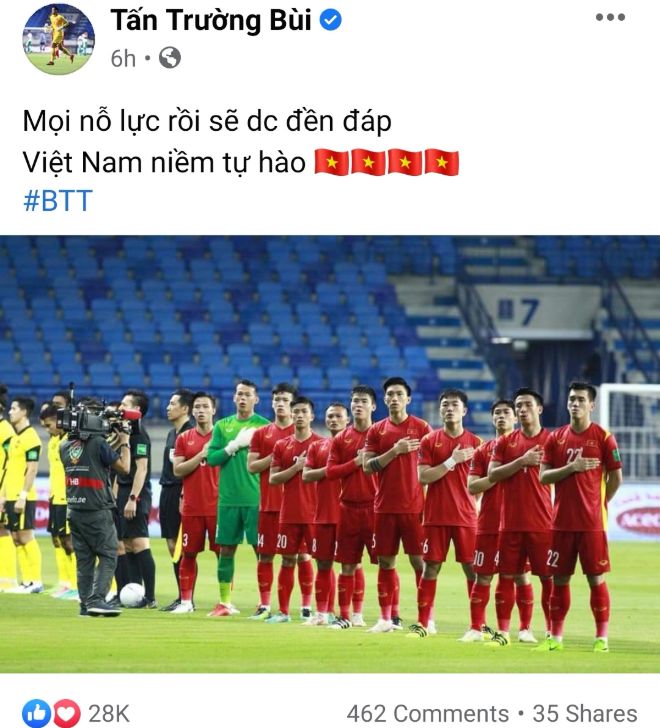 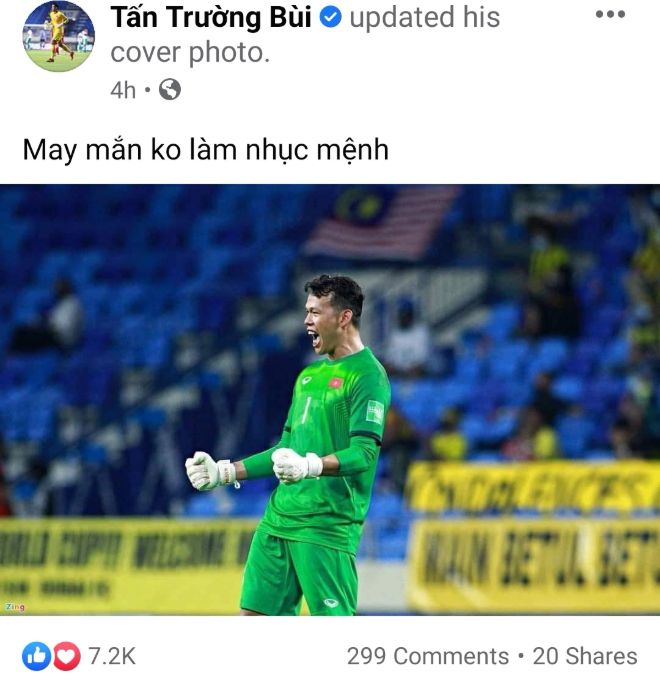 “A lot of pictures, it’s amazing”, “I love pushing the ball over the crossbar”, “You took the best picture, Truong”, “Top notch”, “Congratulations to the brave gatekeeper. I’ve been through it. too many events to now enjoy the sweet and fragrant fruit. Keep up the good work!”,… are some comments from the Facebook community to goalkeeper Tan Truong.

However, football fans also do not forget to remind Bui Tan Truong that the moment of heroism and crime is very close. “Hope you try harder. I’m afraid the ball will fly, you will guess the wrong position. Yesterday you didn’t make those mistakes”, Facebooker Van Son commented.

And Facebooker Hau Le wrote: “Brother Truong, I’ve been following you since you were wearing Dong Thap shirt. I want to advise you one thing: Your mistakes always come from when you sublimated and achieved expectations. The highest level of fans. I advise you to keep your cool head, your spirit, brother! I always believe in you. I wish you more success.” 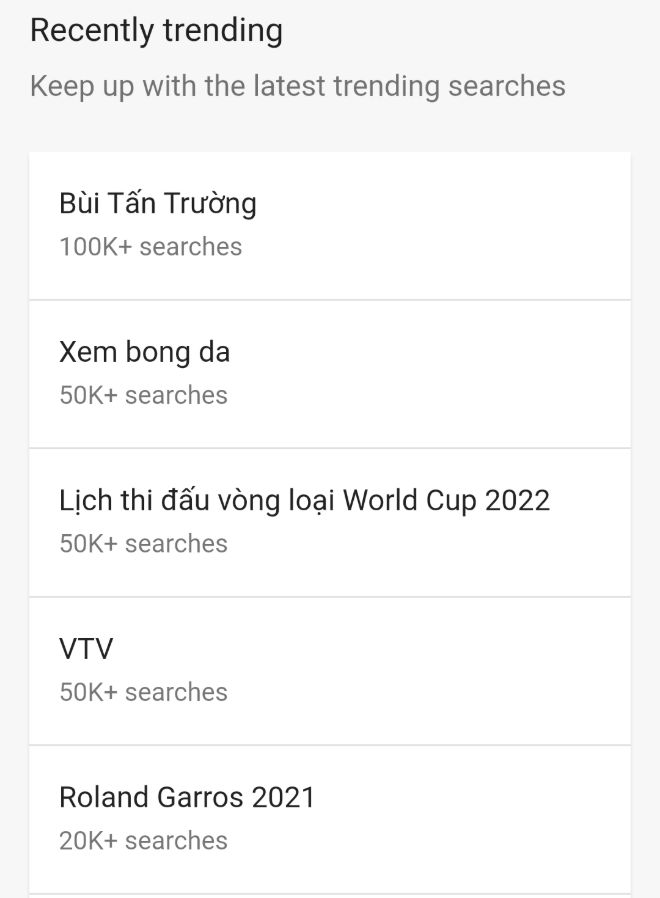 Not only causing a “fever” on the social network Facebook, Bui Tan Truong also became the most searched name on Google’s tools. According to Google Trends statistics, after the Vietnam – Malaysia match, there were many queries related to players such as Bui Tien Dung, Hoang Duc, … but Bui Tan Truong was the one who was most interested in the game. outstanding number of queries – more than 100,000 as of 6pm on 12/6. This topic goes beyond ‘Watching football’, ‘World Cup 2022 qualifying schedule’. 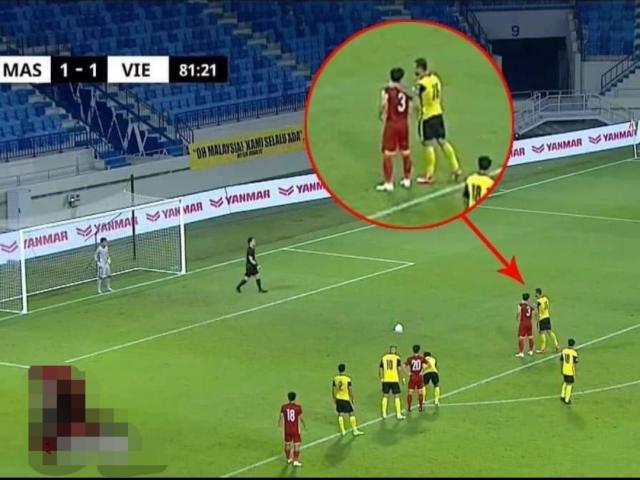 Many interesting scenarios have been devised by netizens for the situation where Malaysia’s De Paula whispered in Que Ngoc Hai’s ear. 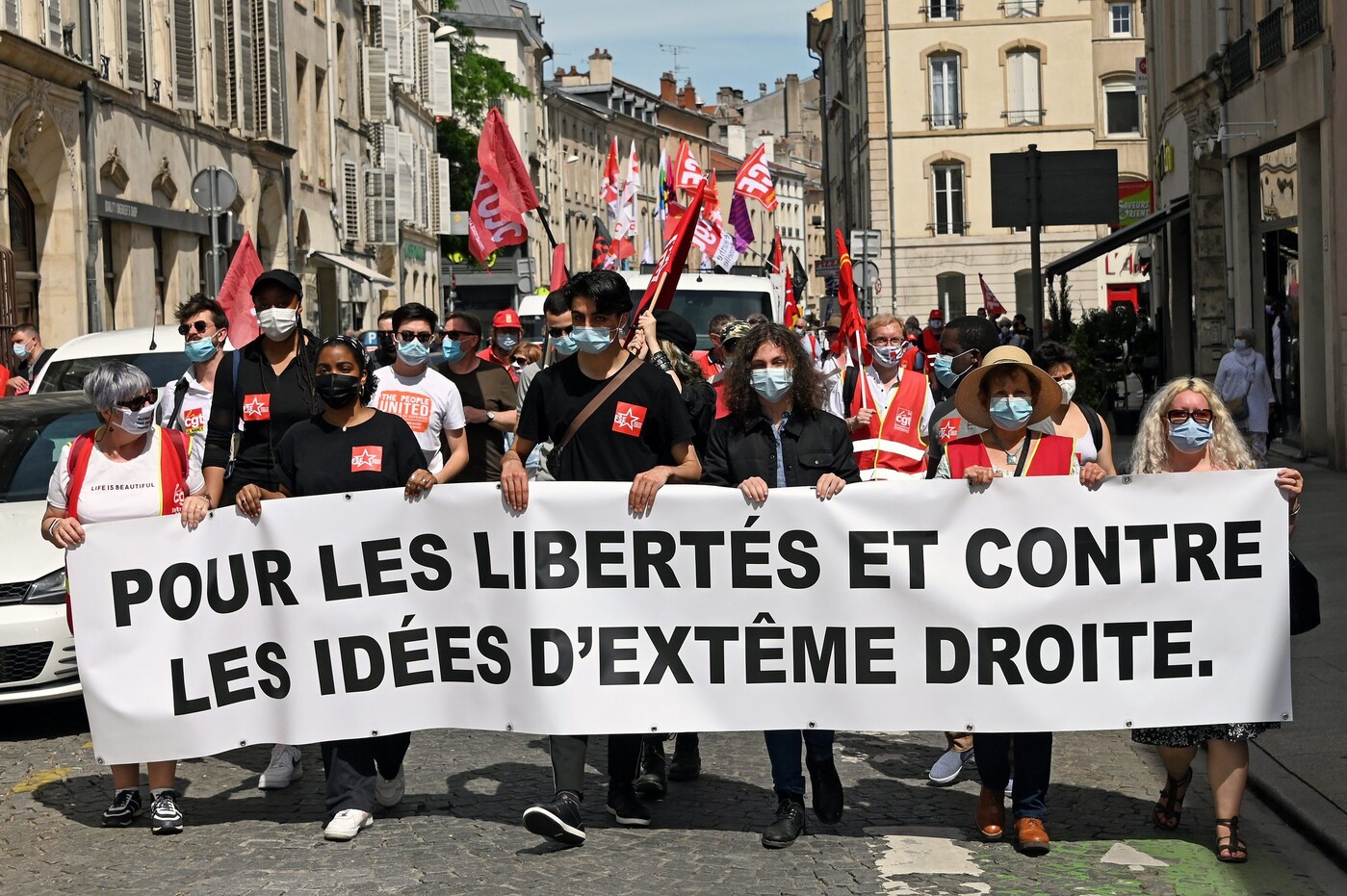