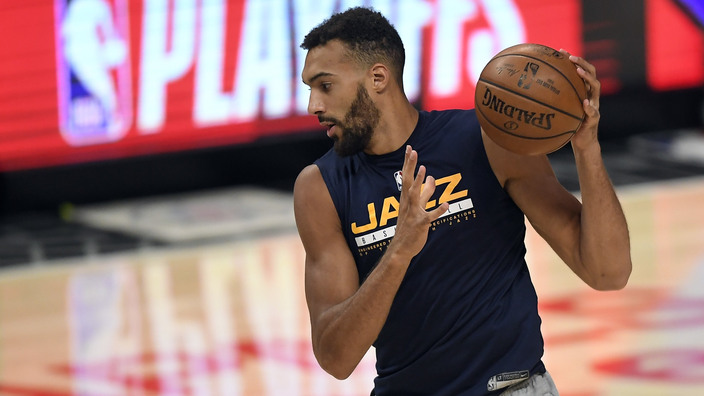 The 29-year-old international hub appeared at a press conference on Friday, on the eve of the Blues’ second match against Spain, this Saturday, in preparation for the Olympics.

At the Accor Arena

Almost three weeks after his elimination in the play-offs, with Utah, Rudy Gobert joined the France group in Spain on Wednesday. If he did not play the first match against La Roja, Thursday, in Malaga, (86-77 defeat), the pivot of the Blues hopes to be aligned this Saturday, in Bercy. State of form, ambitions, results of the season in the NBA … Gobert takes stock.

State of mind : “I am very happy to have joined the group. When you’re part of a band where there is such energy, it makes you want to play for each other, it’s always a pleasure.“

Keep in touch with the group : “I was in contact with some members of the staff, a lot of players … Even though I was not in Pau, I still tried to keep a link, to keep myself informed of what was going on. I was thinking it would be hard to play the first game in Spain, but my goal was to join the squad as soon as possible and try to be ready for tomorrow’s game (this Saturday). If not, be ready for Tokyo.“

Read also :Fournier on his experience of Covid-19: “I was a little lost in my head”

Victor Wembanyama : “It’s always a pleasure to see him play and to see him evolve. Every time I see him play, I have the feeling that he is improving. It’s nice. And above all, it’s nice to see the France U19 team in the semi-finals, with perhaps the chance to be world champions. It’s great for French basketball. And there are other great talents accompanying him, which is encouraging for the future.“

“We have lived in China a lot, that has forged our group. “

Only two weeks before the Olympics : “We always want to have as much time as possible with the group. Collective experience plays a role in the competitions. Afterwards, I also wanted to be sure that I was in good physical shape and well psychologically. The guys did a great job at Pau. We have lived in China a lot, that has forged our group. We are simply in continuity. We must continue to do what we started. The systems, I have to get back into them quickly. I think it’s going to be fine, it’s going to take well. The goal for us is to progress through the competition and during the rest of the preparation.“

The prospect of facing Team USA at the Olympics : “It’s always “fun” to play such a talented team. It will be a difference team from 2019 (the Blues had eliminated in the quarterfinals of the World Cup, Editor’s note). It will be a very good test whether we win or lose. It will help us to continue to progress and for the rest of the competition.“

Read also :No spectators at the Tokyo Olympics: a decision more political than scientific

The Olympics without an audience : “It’s the Olympics, there’s bound to be a lot of excitement. The public, the people who come from all over the world to support all sports, not just basketball, it’s part of the Games too, of the experience. I did Rio with the public. I can’t wait to see how it goes. But whatever happens, the village, all the athletes, representing their country at the ceremony and during the competition, it’s still the dream we all want to achieve. I think we are still going to have a great time and I hope that the fans will vibrate in front of their television and support us.“

Place in the group : “I can bring leadership, my experience and my thirst for victory. As a competitor, in the NBA, in France, anywhere, I want to push my teammates up to be better. And there is everything I can bring from both sides of the field. My goal is to continue to improve and help the team to raise its level. It’s a great challenge. Above all, I love representing my country, sharing the field with this group, the young people or those with whom I have been playing for years, Vincent (Collet), the staff… I like the dynamic with which we played in China. It’s always a pleasure to come and wear this jersey.“

“I think I wouldn’t have been able to play if there had been a Game 7.”

Program since the end of the play-offs : “I feel very good. In the last game against the Clippers, I had a big fall. I stood up casually during the match, but in the end, I had a big bruise and it did a lot of damage. I think I wouldn’t have been able to play if there had been a Game 7. It took me a while to get over that. I cut the basketball a bit. I spent time with my family in Utah. I took the opportunity to take care of it. I then returned to France. I made important medical appointments, tried to recharge my batteries while staying in touch with the group. Today I feel much better. Tonight (Friday) will be my first real training.“

Elimination against the Clippers : “It’s frustrating at the time, we felt we had a group that deserved better than that, that had a season that was better than losing in the second round. It’s disappointing… But the Clippers are a very good team. There were injuries on both sides. They were very good at playing us. It didn’t play out much. It fell on their side. It’s a team that could have played for the title, like us. In the West, the level is very high every year. They deserved their victory. The goal is to use every disappointment to gain experience, to come back stronger next season. We have a pretty good idea of ​​what we need to do to progress, individually and especially as a team.“

Read also :Alchemy, physics, certainties… The Blues of basketball projects on the road to the Tokyo Games

France-Spain in front of 9,000 spectators : “The last time I played at Bercy, it was an All Star Game LNB, in 2012. There is a lot of excitement among the players. It’s great to play a game against such a team in front of our home crowd. My friends, my family, everyone is impatient. I’ve been hearing about this match for weeks. It will be great for French basketball and the fans, watching TV, but especially those who will be there.“

The Czech Republic, future opponent of the Blues at the Olympics : “Every year they exceed expectations and it is no accident. They play very well together, they are well coached, they have a lot of talent. They should not be looked down upon. In the end, it is the teams that play the best together that manage to get by.“

Objective in Tokyo : “Clearly, the gold medal is what we want to aim for. We know that there is a lot of talent, very good teams. But I do not see why we should not aim for this medal. You don’t go into a competition to go for bronze, silver or have a good time. Even if we also want to have a good time (smile). We know how we can play. In a match, you can beat anyone. It will be up to us to work hard and to step up in the competition. If we do, anything can happen.“

His memories of Rio : “Each competition, each experience, you learn individually, collectively. The group was different, the preparation had been complicated. We felt that defensively, we were not really in place. This year, I feel it will turn out differently. The group is aware of this. The coach too. We are more experienced in a way. There is no longer “TP” (Tony Parker) or Boris (Diaw). But we have a group that has a little more collective experience compared to the campaign in China. If we defend together, we know that we have a good chance of having a good competition.“ 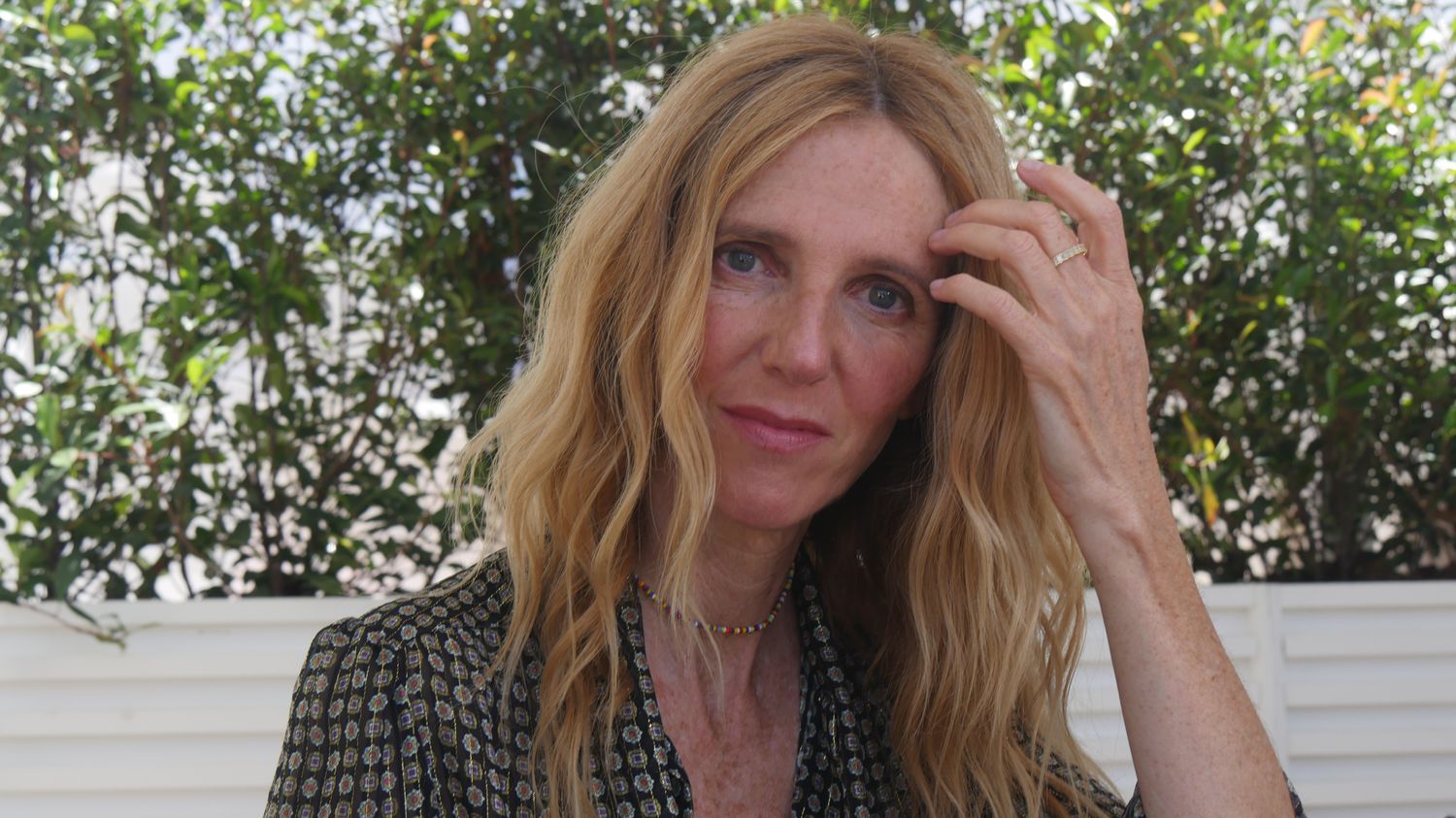