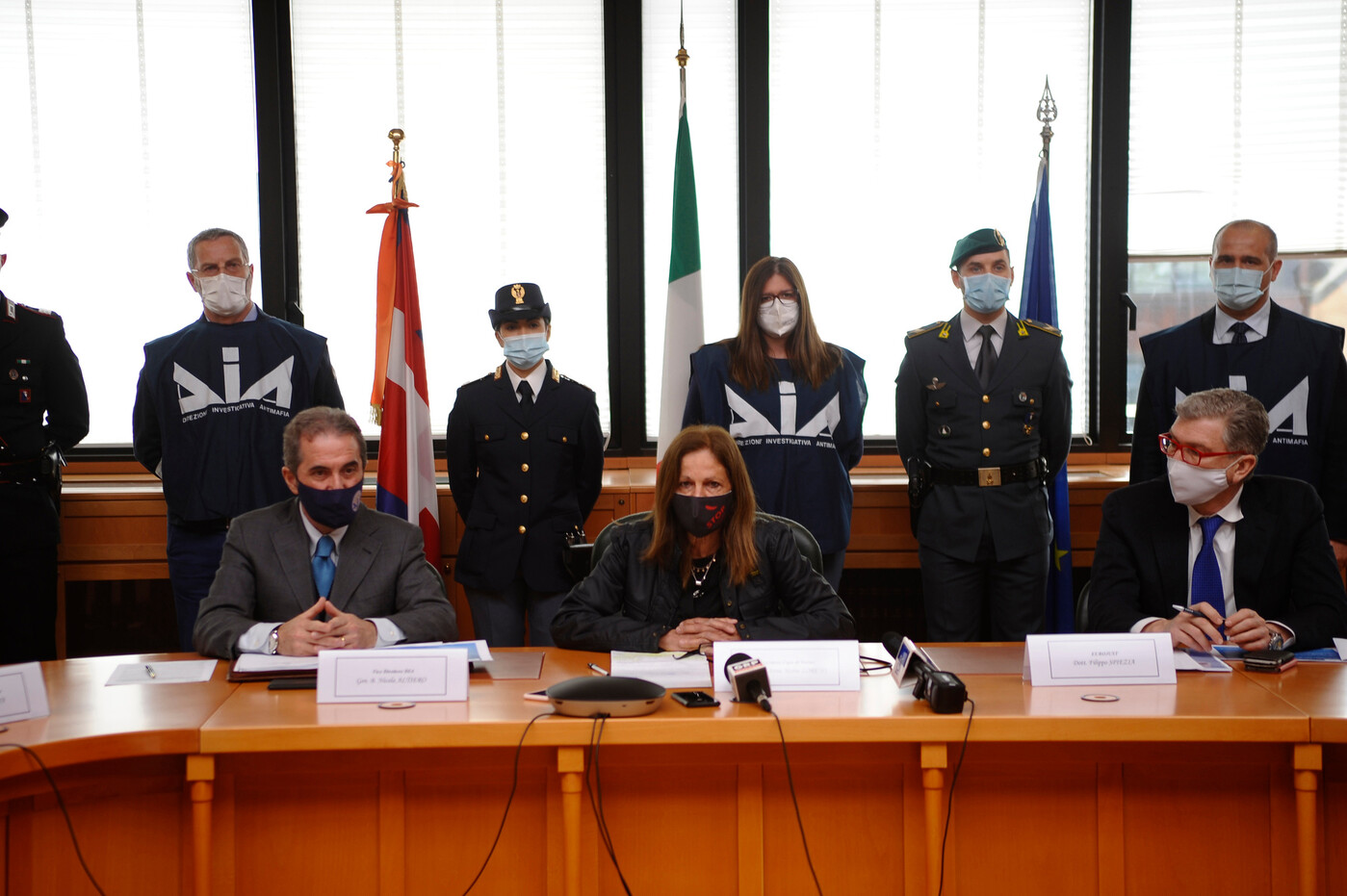 It’s a “Orange light” that the prefect Vittorio Rizzi, central director of the Italian criminal police wants to blink in front of the eyes of his European counterparts. He wishes to warn about the risks of infiltration of the Mafia into the legal economy.

“The market today offers important spaces for organized crime. She has huge sums of money to recycle into the legal economy. It can take advantage of situations of suffering, for example by helping companies in difficulty ”, alerts number 2 of the Italian state police in a video posted on the website of the Ministry of the Interior.

→ IN 2017. In Italy, the Calabrian mafia has not said its last word

Aware of the great adaptability of the mafias, whether Cosa Nostra in Sicily, the Camorra in Naples and, above all, the’Ndrangheta in Calabria, the Italian authorities set up in April 2020 a permanent body to monitor the way in which the organized crime could profit from the crisis.

“Like the rest of society, organized crime was surprised by the sudden shutdown of the economy and the containment measures which hampered trafficking”, explains Vittorio Rizzi. Very quickly, however, he was able to exploit the Internet for drug trafficking in “Click and collect”, while investing in new markets, for example in masks or drugs.

Business changes in the sights

But today, it is above all the windfall of European funds that whets its appetite. All the more so, notes an Italian police report published on Wednesday, May 19, that it has already begun to infiltrate the legal economy.

“We see organized crime trying to take advantage of business support measures, social assistance or even partial unemployment”, details Vittorio Rizzi. The central director of the criminal police also underlines how the mafia takes control of ailing companies in which it recycles the money of the crime.

Its departments have indeed taken a keen interest in the changes that have affected companies since the start of the crisis: change in capital, changes in management, transfer of head office, etc. However, if these changes were down by 6% because of the put to sleep of the economy, the suspicious transactions, as for them, increased by 7%. The number of businesses subject to restrictions due to anti-Mafia legislation even jumped by 10%, with construction being the sector most affected.

Pushing its study on the hotel and catering companies of the four provinces concentrating the most statutory changes in each of the major regions of the country – Reggio Emilia (north), Latina (near Rome), Cosenza (Calabria, south) and Trapani (Sicily) – she found that of the 2,591 people involved in nearly a thousand operations, nearly a quarter had “A direct or indirect link” with a mafia organization!

On the business side, this phenomenon is explained by the slowness with which government aid arrived. The mafias took the opportunity to invest in companies in difficulty, presenting themselves as saviors. “When an entrepreneur can no longer provide for his family, he will find organized crime ready to welcome him with the doors wide open”, underlined in early March Patrizia Di Dio, president of the Confederation of Commerce of Palermo, to the Bloomberg agency.

Italy has, however, acquired a capacity to spot this infiltration and to counter it, for example by prohibiting a company suspected of links with the Mafia from applying for public contracts.

On the strength of its experience, Rome was entrusted by Europol with the coordination of a working group bringing together the police forces of ten European countries. Their officials are due to meet on Wednesday May 26. On this occasion, the prefect Vittorio Rizzi will alert them to the fact that they are also concerned by this mafia infiltration. France and Germany would be in the front line.

“In Italy, we have for a long time developed a large number of tools allowing us to fight effectively against criminal organizations. But this is far from being the case everywhere, explains Elisabetta Mancini, chief of staff to the central director of the Italian criminal police. Suddenly, it is easier for organized crime to act abroad, especially in countries that are not used to doing so. “

“We know that the mafias, especially Italian, are present in France. Either they invest there, or they set up their traffic there, recognizes Commissioner William Hippert, head of the information, intelligence and strategic analysis service on organized crime (Sirasco) of the French judicial police. Thanks to state aid, there are fewer business failures in France. MBut when this aid stops, there will undoubtedly be a delay effect and it is very possible that organized crime will take advantage of this to try to get their hands on companies ”, he fears.

The Holy See announced Sunday, May 9, the creation of a task force aimed at enabling the Catholic Church to excommunicate members of the Mafia, which Pope Francis has repeatedly said he wants to do. “We realized that in the social doctrine of the Church, in the code of canon law, in the Catechism, there is no question of excommunication of the Mafiosi”, explains Vittorio Alberti responsible for this group placed under the aegis of the Dicastery for Integral Human Development. This announcement came when, on the same day, the anti-mafia magistrate Rosario Livatino, assassinated in 1990 by Cosa Nostra, was beatified in Agrigento (Sicily).