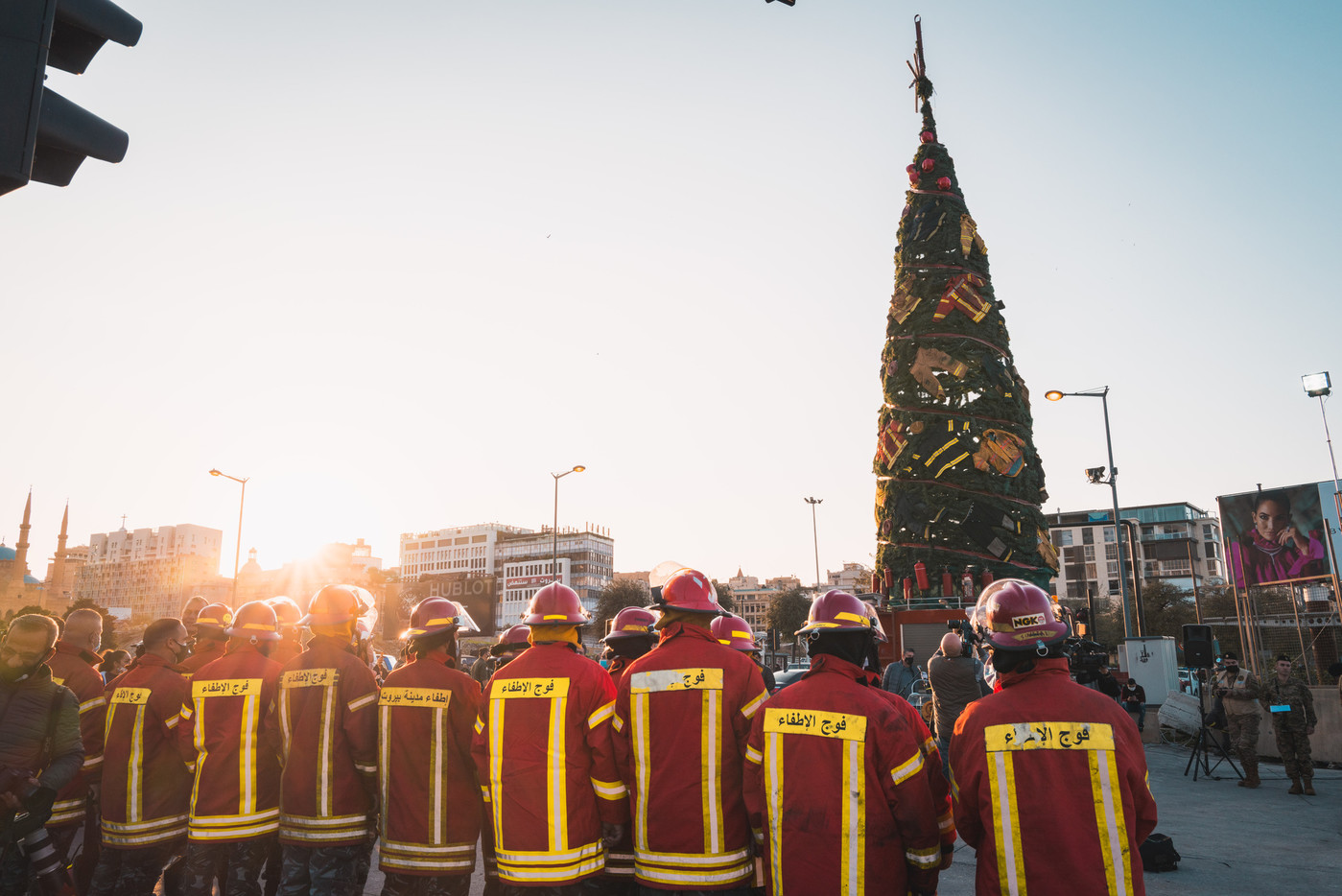 
Fire hoses as garlands. In front of the entrance to the port of Beirut, a fake fir tree of ten meters stands on the roof of a fire engine, “decorated” with the clothes of the 10 Lebanese firefighters who were killed while fighting the fire. which was declared in a warehouse of the port on August 4, shortly before the double explosion at 6:07 p.m.

“We celebrate the hope of Christmas, but the heart is not there”

The families of these firefighters and those who lost a loved one that evening in the port seem to appreciate this highly symbolic Christmas tree. ” It is original and very strong », Testifies Dolly Rouzok, 50, dentist in Beirut, whose brother Joseph, who worked for the shipping company CMA-CGM, was killed on August 4.

→ READ. Lebanon: an ecological disaster in the port of Beirut

Elsewhere in Gemmayzé and Achrafieh, two of the disaster areas in central Beirut, other Christmas trees and giant nativity scenes have been erected. And illuminations light up some of these once bustling streets. “It is for the children that we do it, because this Christmas 2020 cannot be joyous », Sighs Michèle Andoun who also lost a young brother, Jo, who worked as a chief technician in the grain silos of the port.

In connection with WhatsApp with several families of the victims, she attended the installation of another Christmas tree, in front of the exploded cement silo, covered with the 204 names of people killed in the explosion. ” Of course, today we celebrate the hope of Christmas, that of Jesus who will be born, continues this 39-year-old Orthodox woman. But the heart is not there; we are too angry, too enraged by so many injustices. “

“Since August 4, I give thanks to God at every moment”

Most Lebanese express frankly the same revolt vis-à-vis those who govern them and who, for decades of mismanagement, corruption and patronage, not only left the port of Beirut to the abandonment, but the whole country sinking into a serious economic and political crisis which manifests itself in the collapse of the Lebanese pound, soaring prices, increasing unemployment, the dilapidated health and education systems …

“We no longer have any confidence in our politicians; that’s why people are desperate ”, confirms Father Elia Mouannes, Maronite parish priest of the Mar Mickaël parish, between Gemmayzé and Karantina, less than 500 meters from the port. On its parish territory, around thirty inhabitants, mainly Maronites, were killed on August 4. Father Mouannes visited each of the bereaved families and continues to listen to his parishioners who are still traumatized by the explosion. All are grateful to the many NGOs and associations who came very quickly to repair their doors and windows – even if about a third of the inhabitants of the district have not yet been able to return home.

And all of them are also certain of having had their lives saved thanks to a providential combination of circumstances. “It’s a miracle that the five of us are alive”, launches Diana Zouein, a teacher living with her husband and their three daughters aged 13, 10 and 2, at 7e floor of a building in the Karantina. She and her three daughters, present in the apartment at the time of the explosion, instinctively ran towards the stairwell which allowed them to escape the projection of the bay windows and the falling doors and furniture. . “To have been so close to the explosion and to come out of it unscathed is proof that God loves us, says Diana Zouein, with tears in her eyes. Since August 4, I give thanks to God at every moment. “

Beirutis in search of meaning

For her neighbor below, Dolly Nassif, the apocalyptic shock of August 4 caused the opposite. This widowed woman, who lives with her 92-year-old mother and her single son Jean, recalls “Something broken inside From her. In comparison to the fifteen years of civil war (1975-1990), when his building was repeatedly targeted by gunfire, the material and psychological damage never seemed so serious. “At night I can’t sleep and as soon as I sit down I start to cry. “ Dolly Nassif no longer manages to pray either, even if she does not doubt, like so many others, that ” if God had not protected the city that day, there would have been over 10,000 deaths “.

For all those suffering Beirutis, it is certainly not the consolation of a usual Christmas that they expect, but rather the certainty that what they are enduring “ makes sense », As Sister Marie-Josèphe Salameh emphasizes. Religious of the Rosary, she works in Gemmayzé with eight other sisters of her congregation, in an ultramodern hospital of the same name which was completely destroyed by the explosion. While a nurse from the Rosary Hospital died and several nuns were injured, Sister Salameh affirms it forcefully, with tears in her eyes: “ It is our mission to live here with these people whom Jesus entrusts to us, to share their sufferings, to support them materially, spiritually and morally ”.

“If everything I live is part of a love project, everything makes sense”

To experience this, she can only rely on her faith in ” The one who is risen and with whom we can always start all over again “. Words extended by Father Mouannes during the Christmas mass which he celebrates in the Maronite rite on December 24 from 6 p.m. “Christ came to save us from our sins which are the causes of injustices, wars, explosions, he insists. Jesus is the Savior of everyone, including our enemies. “

“If everything I live is part of a love project, everything makes sense, he explained a little earlier in Mar Mickaël’s basement, while a dozen volunteers were busy preparing small jars of “Méghlé”, a traditional Christmas dessert made from dried fruits and rice crushed flavored with anise, to distribute at the end of mass. VSthis does not mean that God wanted this explosion, but any event, no matter how negative, can be integrated into the love story of God. “

On the same topic

Maronite priest and professor of Arab philosophy and political science in Lebanon, Father Hani Tawk was … 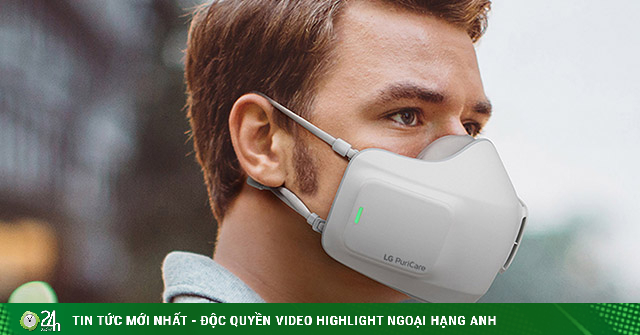