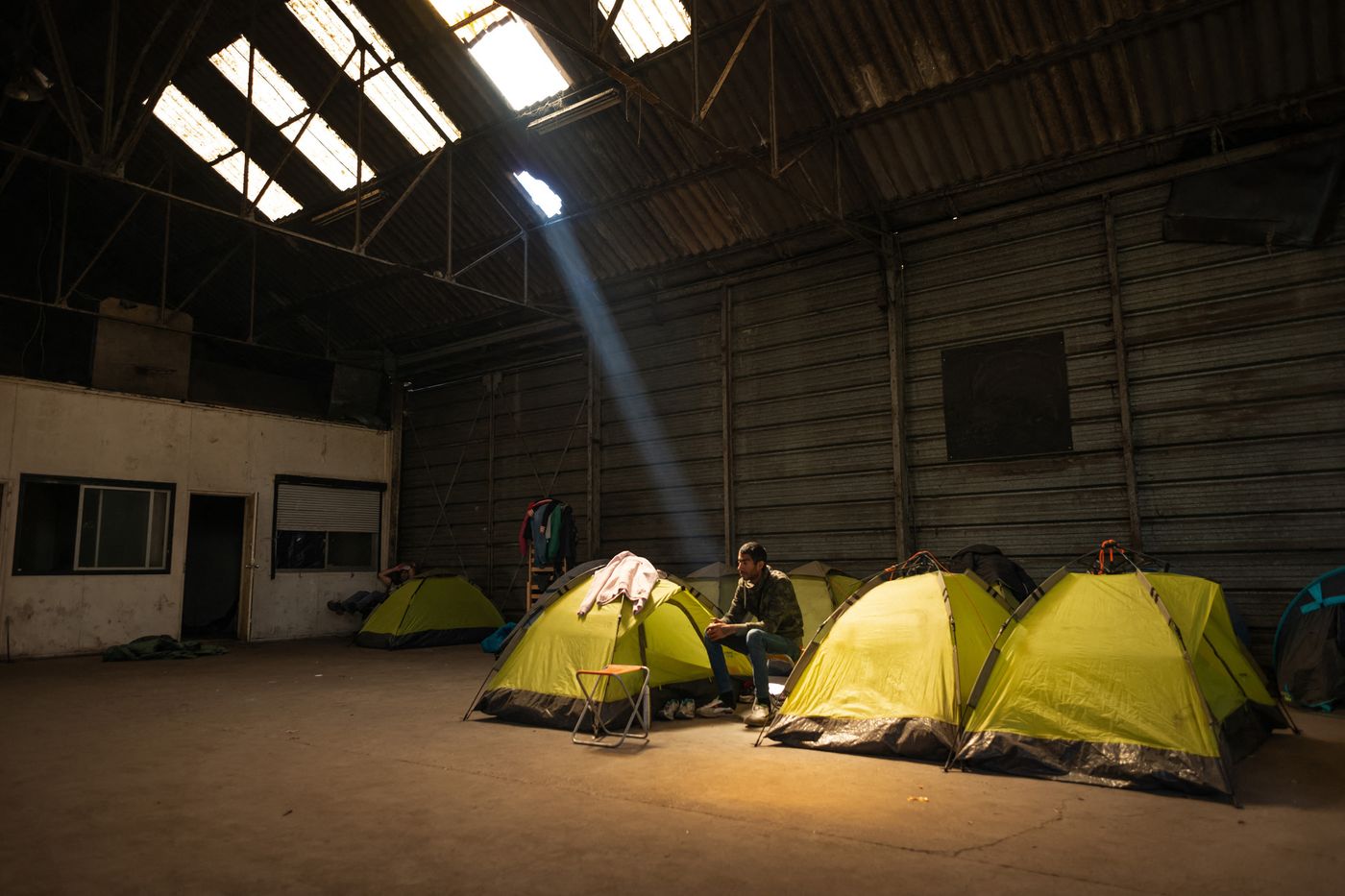 Hiking shoes and tired beige bob, Philippe Demeestere is perched on Cap Blanc-Nez, on the heights of Calais. He wanted to take a break before starting his busy day. “After that we won’t have time”, let go of this Jesuit priest who has easy familiarity with him and who does not like being called “father”. On the horizon is a piece of land that separates the Channel from the sky. “Here look, over there it’s England. It makes everything else more concrete, doesn’t it? “

→ STORY. Migrants in Calais, put names on the graves of the missing

Sent by the Company of Jesus to Calais in February 2016 after several missions to the homeless, Philippe Demeestere arrived without knowing anyone. Today, he is a local figure, chaplain of the Secours Catholique and one of the many faces of the commitment of Christians to migrants, which does not know any slackening in this summer period.

Since the beginning of the 1990s, with the wars in Yugoslavia which marked the beginning of the migratory crisis hitting the city of Calais, Catholics have been involved, often against local policies. But some Christians take advantage of the law of 1905 which allows Church initiatives to escape the control of the town hall. Until a certain point. Last February, the deanery house, which housed a few people during winter nights, received a request for administrative closure, for security reasons.

Philippe Demeestere lives just across the street. The priest continues to accommodate migrants in his small house, owned by the diocese. On the mailbox of what he calls the “House of mercy”, appear at least six names: his accompanies those of two volunteers and three young people who live upstairs. “I have never lived in a religious community, but I have always shared my daily life with others, tells the Jesuit, for whom his vocation is to make room for those who do not have one. Community life is such a place of learning for the excluded that I don’t see why I should reserve a home.. “

“Make yourself present to the reality of the world”

Visiting volunteers are also accommodated. Parisian Catholic, Stéphanie came to spend a week in Calais. On the day’s program: breakfast with Eritreans and the Écarts association, co-founded by Philippe Demeestere and his sidekick Pauline Roeser, then permanence at the day-care center of Secours Catholique. There, migrants can do laundry, recharge their phones, rest, play soccer. At Secours Catholique, summer camp scouts and long-time volunteers spread sandwiches. “Jesus met each one in his place of life, sums up Stéphanie to explain her commitment. Christ invites us to make ourselves present to the reality of our world. “

→ REPORT. In Calais, the Catholic Church unites its forces for the exiles

In March, the Bishop of Arras, Mgr Olivier Leborgne, went to Calais in the company of the president of Secours Catholique Véronique Fayet, to denounce the living conditions of people seeking to leave for England and to call the town hall to better treatments. The parishes of Calais relayed this appeal in an open letter to the prefect. “We got an answer, yes. Numbers “, despairs Father Pierre Poidevin, parish priest of Calais for ten years.

The temptation to be discouraged

The priest, who from time to time lodges migrants in his presbytery, works with local associations and committed Christians: “Since the start of my mission, Philippe has arrived, as have several religious communities who are involved.Sometimes it feels like it will never end. One can be tempted by discouragement. “ So, the priest struggles to relay the initiatives of aid to migrants, and to flesh out the spiritual proposals to the inhabitants to help them keep up. “What we do is just a drop in the ocean. But if this drop did not exist, it would be missing ”,he sums up, quoting Mother Teresa.

→ READ. The Christians of Calaisis challenge the prefect on the living conditions of migrants

In fact, Alain has just left the 6 p.m. mass in the parish of Saint-Pierre. A Calaisian for thirty years, he has set the pace for his retirement by refueling association trucks, going to look for food reserves, collecting bread… And by praying for migrants and volunteers. “It’s a form of civil disobedience, but what you’re doing to the smallest of mine …”

The migration crisis in Calais

The migratory presence in Calais began in the early 1990s. Yugoslav and then Kosovar families were expelled from English soil and found themselves in Calais.

In spring 2014, a wave of migrants arrives from the Mediterranean. Gradually the Calais “jungle” is forming. It will concentrate up to 9,000 migrants at the height of the crisis, in August 2016.

In October 2016,the “jungle” is dismantled. The migrants are spread over the territory. In Calais, a “zero point of fixation” policy has been put in place, which results in the systematic eviction of informal living spaces.

Today, there are around 1,200 migrants in Calais, waiting to cross the Channel.