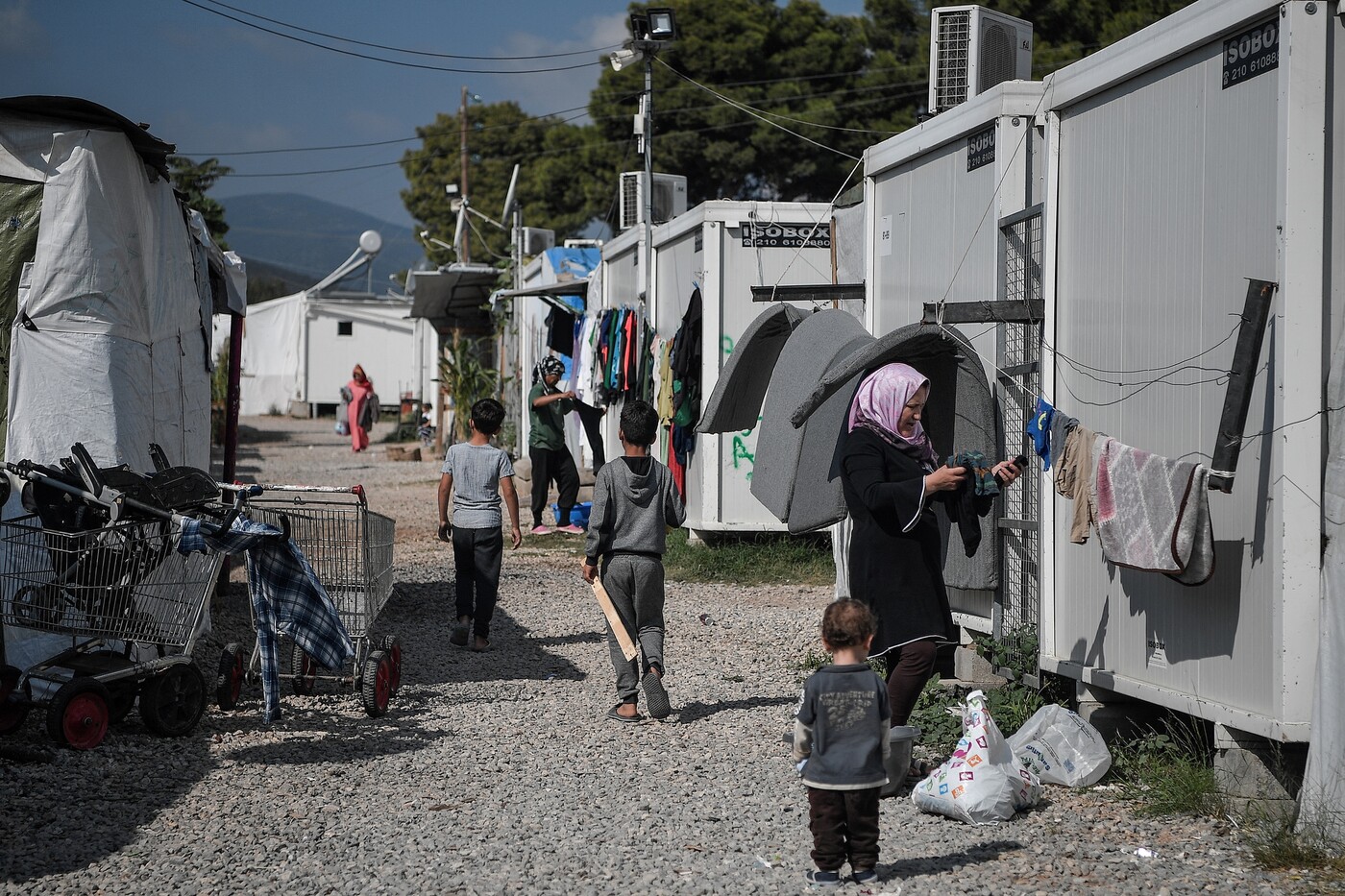 “For the moment we are free to come and go as we want. There are no controls. But the wall keeps advancing. I’m afraid that will change. ” Shahram, an Afghan refugee in his thirties, is worried. This wall under construction around the Ritsona camp, which brings together 3,000 refugees or asylum seekers 80 km north of Athens, could well spell the end of his dearly paid freedom. In Afghanistan, his family sold every last carpet to allow him to leave and prevent him from being forced into the ranks of the Taliban.

The conservative government of Kyriakos Mitsotakis has decided to erect walls around all the camps for asylum seekers on the islands and the mainland. For now, Ritsona’s camp looks good. No police or control at the entrance. No garbage dumps but a kindergarten and containers neatly aligned along maintained dirt roads. Each container has a shower with hot water and the shared toilets are clean.

“It’s a security for us. We sleep peacefully ”

The concrete wall more than two meters high, which will soon encircle, the camp is however warmly welcomed by Saduma. “It’s a security for us. We sleep peacefully ”, justifies this Somali recently arrived from the hell of the Lesbos camp. There, Saduma, like many women, wore diapers at night so as not to have to go to the bathroom for fear of being raped. So “Yes, security is good, very good”, she repeats as she walks around the camp with a friend, veiled like her, from head to toe.

Yunus Mohamadi, Afghan doctor, candidate in the European elections for the left-wing Syriza party, is sorry about this new situation. For this former refugee, there is no doubt that these walls are linked to the opening of the tourist season: “The minister in charge of immigration, Notis Mitarakis, is from the island of Chios, one of the five islands with an identification camp for asylum seekers, he explains. Its electorate complains of a decline in tourism because of migrants. So we hide them behind these walls. “

“A wall of separation between Greeks and migrants”

In fact, in the islands which bear the brunt of the migratory wave, everything is done to push migrants back to lands little visited by tourists. In Lesbos, the new camp under construction in the north of the island is starting to accommodate, far from any home, asylum seekers currently parked on a former military land adjacent to the capital Mytilene.

Despite the isolation and the terrible food, security is also making people happy. “There are no more fights, racketeering, violence”, says Ahmed, an Iraqi refugee who has recently arrived in Ritsona. “As a whole, migrants welcome this security policy with relief. They do not see that this denies them any possibility of integration into Greek society. This wall is nothing more than a wall of separation between Greeks and migrants ”, laments Yunus Mohamadi. According to him, insecurity could be fought without confinement.

Money for the walls, not for the schools

For the Arsis association, which deals with rehousing migrants, these walls are a financial pit. “The European Union has granted EUR 370 million to Greece to deal with the migration crisis and most of this money is being swallowed up by the construction of concrete walls and new closed camps, storm Konstantinos Markidis, of the association. But Ritsona’s 900 children do not have a school due to lack of funds. “

Manos Logothetis, secretary general at the immigration ministry, defends this wall “Effective”. “It’s a nice way to enclose a space”, he justifies. But above all, for this doctor who treated refugees in the Samos camp, these walls are intended to cope with a new wave of migration. “There is no question of being surprised as in 2015 by a wave of immigration without any adequate infrastructure. This time we will be ready. “

Acoustic cannons at the border with Turkey

Along the Evros River, Greek police equipped the border with Turkey with two ultra-powerful acoustic cannons intended to prevent migrants from reaching Greek territory. They can emit sounds of 162 decibels, while sounds are classified as painful from 120 decibels.

Human rights defenders denounce their dangerousness. “It was not funded by the European Commission. And I hope that this is in accordance with fundamental rights, this must of course be clarified ”, EU Home Affairs Commissioner Ylva Johansson reacted on June 9. The Greek government also passed a decree declaring Turkey “Safe country for asylum seekers from Syria, Afghanistan, Pakistan, Bangladesh, Somalia”.