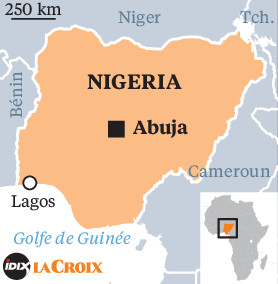 
Faruk Adeboye may well organize himself, he always arrives late at his office located in Victoria Island, a residential area in the south-east of Lagos. He left his home at 4:30 a.m. and found himself trapped in the chronic traffic jams of the Nigerian megalopolis. Every day, millions of workers travel there by bus, private vehicle or truck. At best, Faruk arrives at 8:15 am, fifteen minutes late; some days after 10 am. His team leader is tolerant, because almost all the employees of this communication agency go through the same ordeal as Faruk in the morning and at the end of the day.

For nearly fifty years, 500 more people have come to settle every day in the economic capital of Nigeria. “Lagos is like a beacon for boats, explains Faruk Adeboye. There are days, I curse this city that prevents me from seeing my children grow up. But I am addicted to Lagos. It is a land of opportunity. “

With 20 million inhabitants today, Eko (the name of Lagos in Yoruba) should see its population multiplied by 2.5 within thirty years, according to the UN housing agency, while the center of the megalopolis is built on a lagoon and the land reservoir is not infinitely expandable. As early as 1976, the transfer of the federal capital from Lagos to Abuja was planned. Political instability with the frenetic succession of coups d’état and regime changes has long prevented this move, which could only be done in 1991.

Since then, several governors of Lagos have posted ambitious urban projects, including destruction of old neighborhoods, openings of roads, construction of residential areas and development of free zones. However, according to economist Ganiyat Adesina-Uthman, it is impossible to imagine Lagos as a liveable and sustainable city by 2050: “The plans are linked without being learned from the failures of the previous plans, she notes. Here we are suffering from an efficiency problem. “

Fruit in 1914 of the reunion of a predominantly Muslim North and an animist and Christian South, the former British colony largely depended on hydrocarbon exports, which represented 80% of federal government revenues. Its economy is characterized by structural ills: corruption, inflation, unequal exchange rate of the naira, the local currency. However, Nigeria should remain in the coming years the first African economic power thanks to its natural and human resources.

If the academic world looks at the challenge of the expected demographic boom, it is hardly the object of public speeches on the part of political and economic elites. Many observers point to the insufficient implementation, even bankruptcy, of demographic policies since 2005. However, a detailed analysis of these deficiencies is a difficult exercise in a country where the reliability of figures and statistical data regularly raises questions. Indeed, the weight of the population is a key criterion to calculate the redistribution of the oil windfall. As a result, in some states of the federation, the temptation is great to inflate the figures of the local censuses in order to receive more allocations from the central state …

Despite the unreliable statistics, there is little doubt about the Nigerian population growth and concerns about the risk of conflicts over access to land, water and natural resources. On the central plains, clashes for access to land and water left several thousand dead between farmers and herders in 2018. These tensions are old, but the competition is worsened by demographic pressure.

According to demographer Femi Saido, “Nigeria has a very high rate of unemployment and poverty. Demographic pressure will worsen the already complex problem of inequalities, the level of poverty and tensions on infrastructure in terms of social facilities, schools, health, etc. ”. In a 2019 study, the National Bureau of Statistics (NBS) points out that 40% of the total population, or nearly 83 million Nigerians, live below the poverty line, on less than $ 381.75 per year.

The disaster scenario of a Nigeria with 400 million inhabitants in 2050, a third of whom are extremely poor? Gabriel Idahosa, vice-president of the Lagos Chamber of Commerce and Industry, does not believe it: “Economic growth is dynamic in the South West with Lagos as the locomotive. We can see that in this zone there are fewer children per family than in the East and the North. It is therefore unlikely that the projected population will be reached if we boost our national economy. For me, the challenge for the next thirty years is to make the economy grow faster, to slow down our demography. “