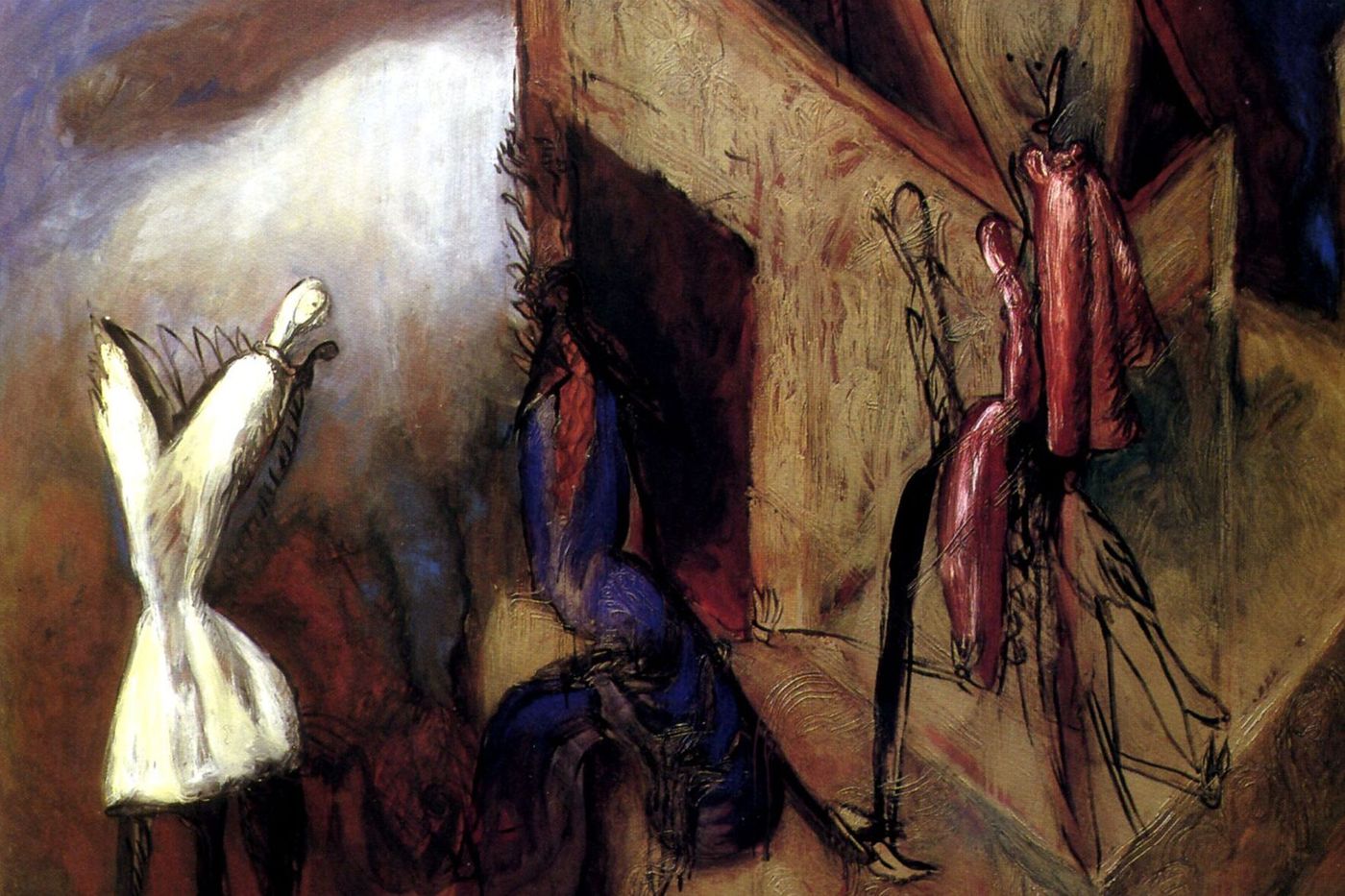 The creation of the poet is a “book of memory”, he said from the first words of his Vita Nova. Perhaps even more so his Commedia. At the end of the 13th century, only his privileged fellow citizens had access to the contents of the books – manuscripts copied in Latin. The first knowledge comes from conversations, from listening to sermons, from reported comments.

To many this material for edification remains distant, abstract, and clouded with superstitions. How can we mentally conceive of this misty beyond of which the priest in the pulpit speaks? What do these dreadful places after death look like, and how do I know if my sins will lead me there?

→ FILE. Dante Alighieri: our dossier on this Italian poet

” I would like there to be places that are stable, immobile, intangible, untouched and almost untouchable, immutable, rooted; places that would be references, starting points, sources, writes Georges Perec in Species of spaces. Space melts like sand flows between fingers. Time wins and leaves me only shapeless shreds. To write: to try meticulously to retain something, to make something survive: to tear a few precise fragments from the emptiness that is widening, to leave, somewhere, a furrow, a trace, a mark or a few signs “.

Dante now lets it be understood: from this trip to Hell, Purgatory, and Paradise, he wants to deliver spatial visualization, show the fate of souls in the hereafter, allow his readers to imagine the consequences of their actions. His idea is based on an “art of memory” known since Antiquity: memorization techniques based on the mental representation of images and places. He will transfer them to the mystical field.

A succession of theater scenes

The poet has a very clear vision and wants to convey it. Thus he constructs his visit as a succession of theater scenes: striking, easy to memorize, visual, full of dialogue. He organizes them, compartmentalizes the pictures, the passages, the degrees of seriousness of the states and the faults.

In this way, he makes the understanding of transgressions and punishments accessible: men can situate them in relation to one another, and discern the weight of sin in their own lives. We fully understand why the defense of a literary use of the language of the people is so important to him: all men must have access to his poem, because all must be saved.

Anger, indolence, envy, acedia, offenses against Love… From ledge to ledge, in Purgatory, the wings of angels blur sin on the forehead of every sinner in repentance. The scenes are eloquent: the higher you go, the easier the walk, and the lighter the pain. ” This mountain is such that it is always rough to begin with; but the more we go up, the less the fatigue », Had indicated Virgil at the beginning of the way (Purg, IV, 88-90).

Because the principle which governs the distribution of souls on each ledge is Love: ” a light that takes shape in heaven, of itself or of the will that sends it to us »(Purg XVII 17-18). Purgatory is already the beginning of joy, the certainty of salvation. Its occupants are never grieved, so much the certainty of Eternal Life dwells in them. For the writer, this is obvious: “ here, man must fly; I say on the agile wings and the feathers of great desire, following this guide which gave me hope and enlightened me with its light ”(Purg IV, 27-30).

All the bibliographical sources of this story can be consulted at the bottom of the article.

Bibliography on which this story is based:

– Eloquence in vulgar, translated from Latin and commented under the supervision of Irène Rosier-Catach (Fayard)

– The monarchy, translated from Latin by Michèle Gally (Belin)

– Giorgio Agamben, The Kingdom and the Garden, translated from Italian by Joël Gayraud (Rivages)

– Erich Auerbach, Writings on Dante, translated from German and English and presented by Diane Meur (Macula)

– Hans Urs von Balthasar, Glory and the Cross – the aesthetic aspects of Revelation II, Styles. From Irenaeus to Dante, translated from German by Robert Givord and Hélène Bourboulon (Cerf)

– Paul Claudel, Introduction to a poem about Dante (in Complete works, Gallimard)

– Umberto Eco, The Search for the Perfect Language, translated from Italian by Jean-Paul Manganaro (Seuil)

– Frances A. Yates, The art of memory, translated from English by Daniel Arasse (Gallimard)