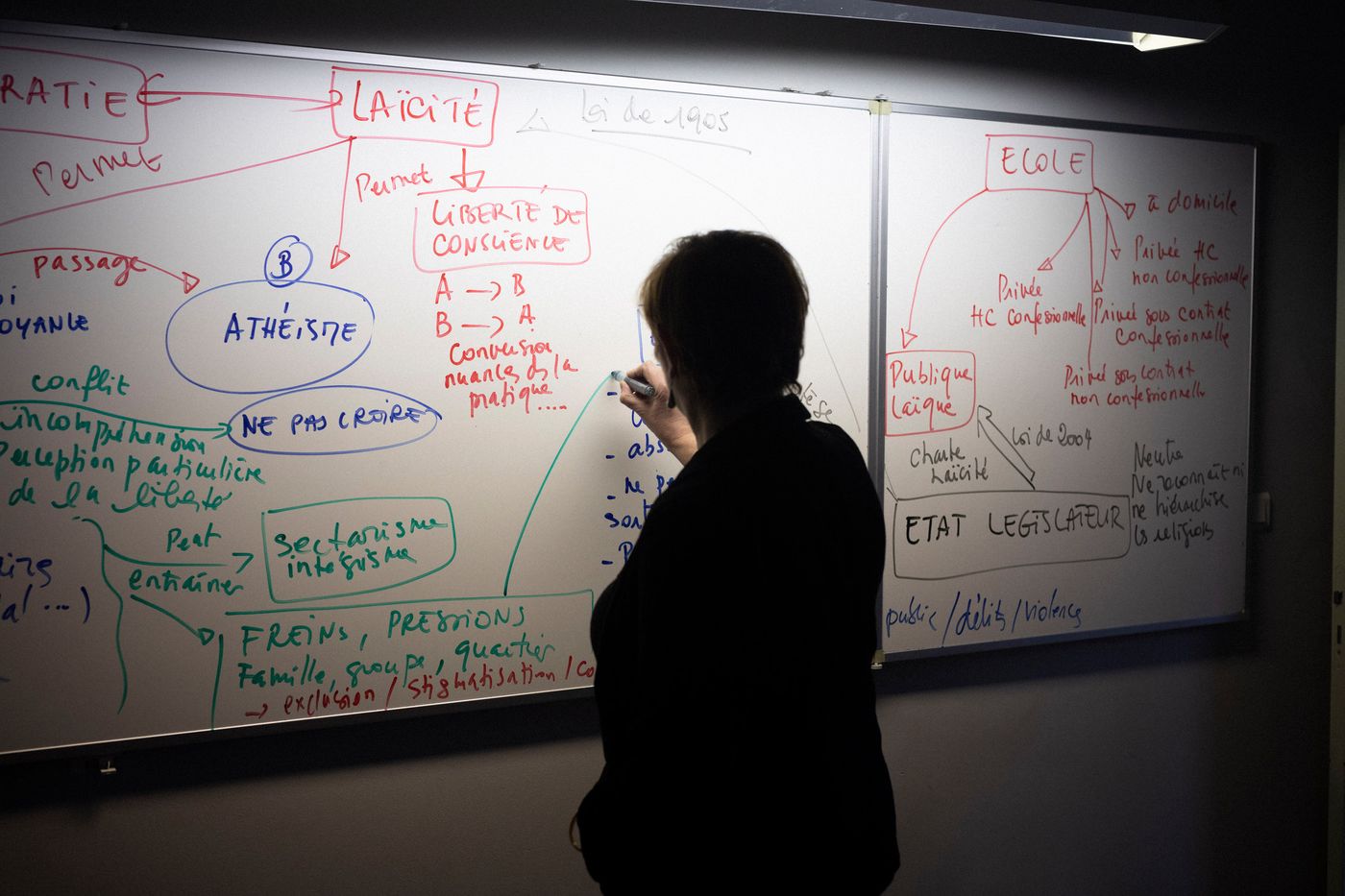 A year ago, the teaching community learned with fear of Samuel Paty’s assassination. In the weeks that followed, Sébastien Ledoux, extending his research work, increased the number of interviews with teachers of priority education or professional high school. “Almost all of them expressed the need to feel more supported by their hierarchy, in terms of authority and mastery of the rules of secularism”, testifies this professor of history-geography.

→ EXCLUSIVE MAINTENANCE. “Samuel Paty was not a believer, but he wanted to understand the faith of others”

In fact, Minister Jean-Michel Blanquer, holding firm in secularism, did not wait for this tragedy to deliver a proactive message to his institution. Message reiterated before the Senate, after the attack on Samuel Paty: “The logic of the famous ‘no wave’ is not, or no longer if you prefer, the logic of national education. “

Awareness of the danger

The “no wave” is what came up against, ten years ago, a head of establishment in Seine-Saint-Denis, confronted with a provocation orchestrated by radical circles, with the arrival in progress of a dozen young girls dressed in an abaya that they themselves considered to be religious attire. One of the key players in the future Paty affair went to the school to put pressure on the management. Threats have been made on the web. “Fearing a conflagration, the rector gave her a soap and demanded that she no longer make remarks to these students”, remembers Didier Georges, national secretary of the SNPDEN union.“A situation today unthinkable. “

→ ANALYSIS Attack in Conflans-Sainte-Honorine: attacks on secularism at school are not massive but worrying

“This drama has led to awareness”, confirms Raphaël Muller, rector in Amiens. “Our instructions are clear: we do not sweep under the carpet! ” After the Conflans-Sainte-Honorine attack, this close friend of Jean-Michel Blanquer set up a meeting every week to analyze the daily reports. “In one year, their number – all types of incidents combined, and not only in connection with secularism – has doubled. Proof that staff no longer hesitate to report. “

Each incident linked to secularism is dealt with by the “values ​​of the Republic” unit which often goes to the establishment to help solve the problem and also provide training. “It can be a question of objections to a teaching on the part of pupils or parents, on reproduction, the origins of man, the Shoah, religious representations”, indicates Jérôme Damblant, the secularist referent who coordinates it. “Less than a third has some connection to Islam. “

→ REPORT Samuel Paty: at school, a tribute to freedom of expression

“From now on, establishments are asking us more upstream”, extends Nathalie Reveyaz, secularist referent in Grenoble and member of the “royal square”, a new structure which, in each academy, deals with the values ​​of the Republic, radicalization, violence and harassment. “Many contacted us before Ramadan to ensure that their responses to any requests from parents or students would respect the framework of secularism. “” And in the event of a crisis, continues Nathalie Reveyaz, we are redoubling our attention to staff, by systematically offering them functional protection, which enables them to be supported when filing a complaint. “

But the instructions of firmness are sometimes lost in the corridors of the great house of education, notes Christine Guimonnet, general secretary of the Association of history-geography teachers. “Today, no doubt more than yesterday, before discussing a sensitive subject with their students, some colleagues wonder if they will have the support of the hierarchy in the event of an incident. “

→ TO ANALYSE. Pointed out after the murder of Samuel Paty, territorial intelligence hampered by its weaknesses

Because even after the assassination of Samuel Paty, the report is not always obvious. “When I mentioned the attack, one of my students, who is moreover very cute, said sulkily about Samuel Paty: “He had looked for him” “, testifies Manon, professor of French in a priority education college in Seine-Saint-Denis. “A few months later, in an essay on medieval heroism, he staged us, truncating his first name and reversing the letters of my name. Having become a warrior, he chopped off my head. With this conclusion: “He continued to take revenge on Mrs.… by killing all her family.” “

Manon then shows this writing to her principal, who pretends to laugh, “Probably to play down”. The professor opens up to colleagues. “Like me, some people wondered if it was not just a teenage provocation…” Until one of them convinces the principal to report the incident. The student ended up being excluded for three days.

More than 500 reports in a few months

The latest figures communicated by the ministry show, between December 2020 and March 2021, 547 reports of attacks on secularism.

During this period, the “values ​​of the Republic” academic teams received 288 requests for advice.

Nearly 800 incidents were listed in November during the tribute paid to Samuel Paty. 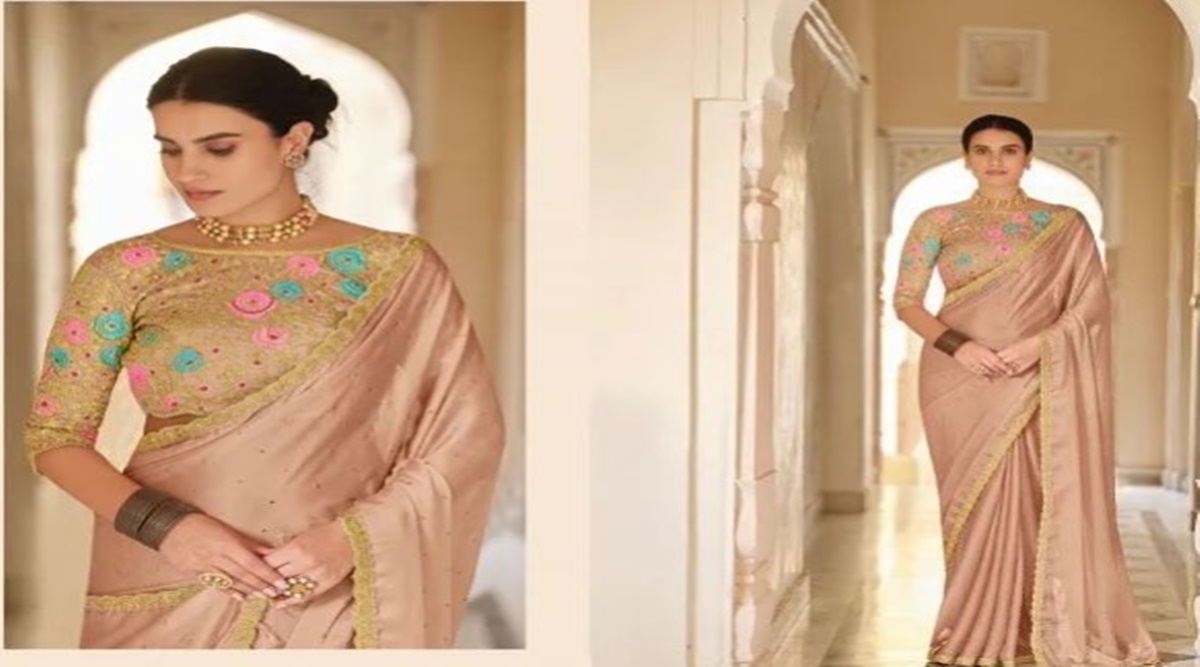