Testing the population more quickly and in greater numbers is one of the recipes that the Italian government intends to apply to limit the resurgence of the Covid-19 epidemic. It does not spare any of the 20 regions of the country. It particularly affects Lombardy, Piedmont, Campania and Lazio. Currently, the molecular RT-PCR test, by nasopharyngeal swab, using a swab, remains the most widely used in hospitals and Covid-19 drive-ins. It is considered the most reliable for the diagnosis of Sras-CoV-2.

On average, 120,000 RT-PCR tests are performed each day, compared to 35,000 at the peak of the first wave, in March. “But to slow down the rebound of the epidemic, it would be necessary to practice at least 350,000 per day”, says renowned microbiologist Andrea Crisanti. A mission that seems, for the moment, impossible. The structures in which they are carried out are overwhelmed, and the deadlines for obtaining the result often exceed 72 hours. Hence the increasingly frequent recourse to the antigen test, based on the search for viral proteins (antigens).

The sampling methods are identical to those for RT-PCR. It is considered to be reliable, although the sensitivity is somewhat inferior to the molecular test, especially with low viral load. Its great advantage is that it allows to obtain a result in less than thirty minutes. It is for this reason that it is practiced on travelers from countries with a high risk of infection, such as France and Spain, at airports such as Rome-Fiumicino and Milan-Malpensa.

The health authorities have just decided to extend it to the population by distributing it to hospitals, drive-ins and general practitioners. “We have concluded the call for tenders with 39 companies to acquire 5 million rapid antigenic tests, within the next ten days, in order to increase the possibilities of detecting the virus faster and better”, announced Sunday, October 11 the extraordinary commissioner for the viral emergency, Domenico Arcuri.

Another test, saliva this time, is being tested in some schools in the North and Lazio regions. It has not yet been fully validated by the authorities and is not unanimous among experts. “ At the present stage of our knowledge, antigenic and molecular tests, on saliva samples, are difficult to rapidly detect many people insofar as they require specifically equipped laboratories. », Notes Professor Giovanni Rezza, director of prevention at the Ministry of Health. But some believe that it represents an interesting solution for children, vulnerable people, very old, or with cognitive disorders, because it is not invasive.

Finally, the president of the Veneto region, Luca Zaia, revealed on October 2 that the Treviso hospital has developed “An antigen test which only requires a painless sample from the nasal cavity and which allows a result to be obtained in ten minutes”. This test was to be tested in schools and emergency departments. It could then be distributed to families, in the form of a kit, according to the statements of Doctor Roberto Rigoli, chief medical officer of the microbiology center of Treviso. 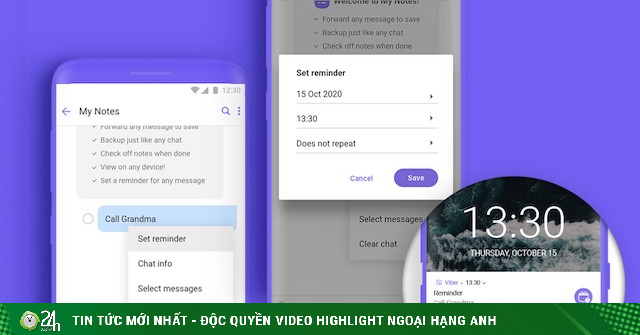