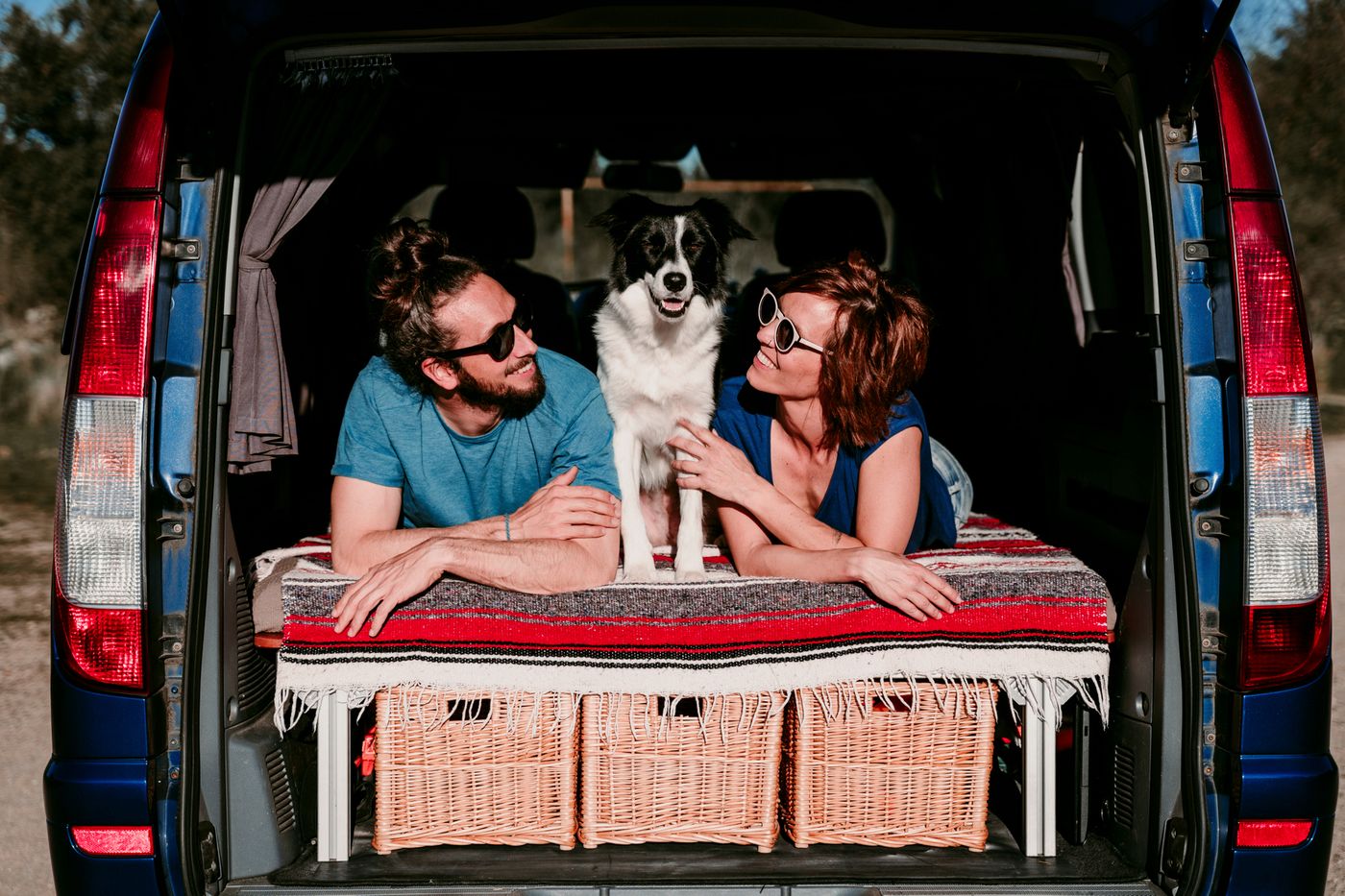 Without the Covid, Christiana and Javier would have been married since May 31, 2020. This London couple in their thirties had planned a religious ceremony in Provence – a region they love, halfway between Spain and the United Kingdom, their countries of origin – but the pandemic has upset their plans.

“We canceled and postponed until July 2021 but that won’t be possible either. It’s too risky for the guests and there will be travel restrictions, justifies the young woman, annoyed. These cancellations were very harsh and we ended up giving up. Maybe we will do it in two years’, she adds, without daring to plan. In the meantime, the couple got married at the town hall, with seven guests.

→ TESTIMONIALS. The health crisis has put young couples on the go

“The health crisis has created a kind of uncertainty for the future and put the vitality of the couple at half mast”, observes Bernard Geberowicz, psychiatrist, couples therapist (1). Projecting two is however essential, he recalls. “These are the projects that give meaning to the couple’s life, which allow them to have a perspective and to live better everyday life. The couple is a dynamic. He has a past, a present, a future. The present takes color only if there are projects. And projects are only of interest if the present is suitable. “

However, they do not all have the same meaning or the same importance in the eyes of the spouses. “There are life projects, those which engage, which guide, which set a course, such as settling together, getting married, having children, buying a home”, lists Geneviève de Leffe, marriage and family counselor at Le Cler (2). “And there are one-off projects, around leisure, relationships, culture, which can be postponed without major consequences but which also nourish the daily life of the couple. “ Organizing a trip to the theater or a vacation together does not change life but brings something new and offers a prospect of shared pleasure.

→ CHRONICLE. Joint projects, a barometer of the couple

Even projects that we imagine without really believing in them because they seem inaccessible do good. “Dreaming together is essential, assures Bernard Geberowicz. Sometimes, we know that the project will be difficult to realize but common daydreams are essential because they belong to the universe of the couple. “

“Agree on the distribution of tasks”

For Lucile, the dream came true ten years ago. “With Sébastien, my partner, we wanted to live in the countryside, tells this former agricultural engineer, who became a proofreader. When my aunt offered to buy a family house, we decided to open guest rooms there. (3) to help us finance the project. ” Tourism was a matter of course for the couple, who have three children. When she was a student, Lucile had worked on her aunt’s property, which also offers guest rooms, and Sébastien’s parents ran an inn.

“This project allowed us to come together on values ​​of welcome and openness to otherness which are dear to us”, she says. The adventure brought the couple even closer, “Already very tight-knit”. “Otherwise, we couldn’t have held up, recognizes the young woman. We do all the work ourselves and had to forgo vacations for several years. It is a lifestyle choice that can be taxing for the couple. You have to be solid and get along well on the division of tasks. “

A source of conflict

Who does what ? How does each spouse get involved? François and his partner thought about these questions for a long time before embarking on the transformation of a ruin into a country house, at a pivotal moment in their life when the children were leaving the nest. “Real estate purchases are often a crash test for the couple, he analyzes lucidly. You have to have the same vision of things while letting everyone play his score. My wife, who is an architect, made the plans and I took care of the surroundings ”, he explains.

If projects are fuel for the couple, they can also become a source of conflict and recriminations. “Spouses often agree on the goal but not always on how to get there,note Geneviève de Leffe. They are fighting over the means, when we should above all go back to what motivated them. “ And Bernard Geberowicz to add: “If the project is imposed by one, whether it is true or experienced as such, there will be brakes and it risks ending up in the ledger of accounts that the spouses have to settle one against one another. screw each other. “

Faced with the difficulties of married life and the proliferation of divorces, some also prefer not to project too much. “More and more spouses want to live together in the present, without declining their married life in the future., observes François de Singly, sociologist of the family. This is particularly the case in young adults, at least during the first years, but also in those who re-enter a relationship at the age of 50 or after. “

This life as a couple does not necessarily go through shared accommodation. “The spouses wish to have their bubble but no domestic constraints. “ A claim that would be predominantly female, “Women no longer wanting to be locked into the conjugal role”, according to the sociologist. Co-parenting (depending on age) and, more surprisingly, conversation have become the “cement” of these “new couples”, notes François de Singly. “Having someone listen to you comment on your life has become an essential part of living together. “

→ INTERVIEW. Jean-Claude Kaufmann: “The resemblance does not allow to form a couple”

More individualistic, these spouses also wish to carry out more personal projects. An aspiration which is not incompatible with common projects. As long as they don’t take up all the space. “If the spouses do too many things on their own, warns Bernard Geberowicz, the couple loses their meaning and their dynamics. “

Break-ups and reunification have become more frequent at the age of 50 and over, according to a study by INED, published in February 2021.

Among the generations born in the 1960s, a quarter of men and women have already had at least two unions. Men reform a couple more frequently than women. At 50, they are a quarter more likely than women to re-marry and three times more likely at 73.

Joint projects have energized their couple

“In 2014, we decided to move abroad. As I am a Catholic and my Jewish companion, we chose to leave the Judeo-Christian world to discover the Arabian Peninsula. I had obtained a post at the French Embassy in the United Arab Emirates. He had resigned from his job as an aeronautical engineer. We found ourselves in an unknown country and culture. Without benchmarks, we learned everything together. This experience brought us together a lot and breathed new life into our relationship. After three years, we returned to France, making a detour through Iran, South East Asia and New Zealand. We had worked a lot, my parents had just had cancer, so we wondered what we wanted to do with our life. We put our dreams down on paper. Today, we live in Nantes and our travel memories are a bubble in which we escape together. As we do not want children, these are the experiences that cement our relationship. “

♦ “Supporting the future married consolidates the bases of our couple”

“It’s a project that matured for a long time because we needed to feel legitimate. In 2015, my husband and I submitted the idea of ​​accompanying couples in preparing for marriage to our parish, which accepted. It is an approach that was close to our hearts. We have always been sensitive to the support of couples who were doing wrong around us. My older sister saw her husband leave after 20 years together, and was left alone with five children. This commitment has helped to consolidate the foundations of our couple. We prepare our interventions together and we also bear witness to our difficulties. It is not because we are Christians that we are preserved. But the presence of God in our lives helps us. The storm can blow, we will not be spared, but we will not collapse. “

“Fifteen years ago my wife and I bought some ruins to make a country house. The children were grown up and for us it was a new adventure. Real estate projects are often a crash test for the couple. You have to want the same things, agree on priorities, manage impatience. So far we have always been in agreement. In a sort of sharing of tasks, my wife, who is an architect, designed the plans and carried out the work. I took care of the garden, the trees, the land overgrown with brambles. Our visions came together without surprise and we are happy to where we have come. This project created a dynamic between us and gave meaning to everything we experienced. It has also changed our life as we spend more and more time in it. We have built a network of mutual friends and developed a social life there. This house was above all a couple’s project and we managed a joint transplant. “