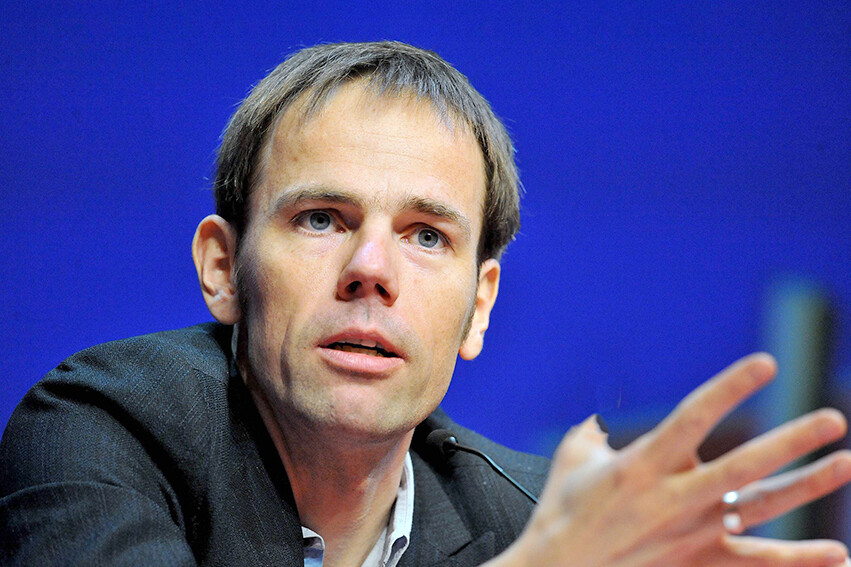 La Croix L’Hebdo: You recently gave four lectures at the Collège de France, in Paris, devoted to “Geopolitical Europe”. What does this term mean?

Luuk van Middelaar: It is quite fashionable at the moment in Brussels, within the European institutions. It reflects an important awareness, in the context of the growing rivalry between the United States and China and tensions with Russia: it is that Europe must no longer only think of itself as a virtuous and open economic space. to globalization, but also as a pole of sovereignty in a more dangerous world. We can feel this inflection in many countries, including mine, the Netherlands, or even in Berlin.

→ ANALYSIS. A new confrontation begins between the United States and China

France, since de Gaulle, has always thought of Europe as a geopolitical project. For you the French, the concept of power seems natural, as it does for the English. But the Netherlands, for example, which was one of the six founding members of the European Economic Community (EEC) in 1957, insisted from the start on non-political issues: the creation of a common market and order. based on law. Well, even in this country of traders, which has always been open to the open sea, the idea of ​​a Europe that protects is gaining ground.

LVM: We are changing times. After the fall of the Berlin Wall and the collapse of the Soviet Union in 1990, the European Union saw itself as a project of continental unification which would also form the vanguard of world peace. It would be the precursor of a multilateral order based on law and appeased by a happy globalization.

However, we have moved into a new era where we will have to defend the model of society that we have developed for 2,500 years on our little piece of Eurasia: democracy, freedoms, equality between men and women, solidarity.

Will the European Union be able to do this?

LVM: It will first be necessary to situate oneself correctly in space and time. Brussels thought will have to get out of a universal and anhistorical vision of the situation in Europe, this idea that it doesn’t matter where you are on a map since the world is heading in the same direction. This particularly concerns the enlargement process. The European Union has never really demarcated its borders. It was a taboo subject, which evoked the war. As a result, the Russians and the Turks were left to tell us “stop!” », In Ukraine and in the Eastern Mediterranean.

Ditto for the notion of time. The story continues. Our time is marked by the emergence of China and by the reaction of the United States to this threat which hangs over their geopolitical primacy. For Joe Biden, it is clear: we have returned to a cold war logic, a struggle between democracies and autocracies is preparing and other democracies must join his cause.

But we Europeans, what do we think? Is it in our interest to let ourselves be seduced by this new version of the struggle of Good against Evil? We must reflect taking into account the long time and our geography. Europe is a continent and a civilization whose history is not limited to the XXe century.

The West, in which we put Europe and North America, does it still exist?

LVM: For me, this notion is outdated. It describes the transatlantic relationship that existed in the last century, during the pax americana. Today, the United States is turning its attention to Asia and is gradually turning its back on Europe. Joe Biden, born in 1942, is the ultimate representative of those generations of Americans who grew up in this representation of the West. His successors will reconnect with the vision of Barack Obama and Donald Trump, who had nothing to do with Europe.

To achieve “geopolitical Europe”, will it be necessary to strengthen European integration?

LVM: Europe is democratic and pluralist. It is made up of different countries, cultures, states. It will always make it a little complicated to make decisions – even to solve squares of the circle! – emergency. But we shouldn’t lament it too much because that’s what we are.

Where we must progress is in the capacity to bring together the different dimensions of our policies in a coherent way in a global strategic vision. Let’s observe how the Chinese are developing their new “silk roads”. In Brussels, the Commission is too often organized in silos.

Will Europe one day have its army?

LVM: For at least twenty years, because of their proximity to Russia, Europeans will be militarily dependent on the United States, in particular for nuclear protection. But it is as of today that European strategic autonomy is being prepared. On a long time scale, twenty years is short. If Donald Trump had been re-elected – and it played out except for a small virus – he might have scuttled NATO. We are not there yet, but the question will arise sooner or later. Already, the Americans refrain from intervening when Turkey tries to change the situation in the Mediterranean.

→ MAINTENANCE. “The European army can be done” for Jean-Paul Perruche

Will there one day be a European army? Not in the sense of a fusion of forces. It will be more a question of engaging the national armies in common actions. On their uniform, soldiers will have two flags: that of their country and that of the EU.

The President of the European Commission Ursula von der Leyen did not hide from her election that she would be doing geopolitics. A new vision since the European executive was until then considered as a technocratic body.

An essayist keen on political philosophy, Luuk van Middelaar gave four lectures at the Collège de France under the title “Geopolitical Europe – actions and words”, from March 24 to April 14. During his studies of 3e cycle, in the early 2000s, he spent three years in Paris alongside Marcel Gauchet, Pierre Rosanvallon, Vincent Descombes, Pierre Manent… He was then advisor to the President of the European Council, Herman Van Rompuy.

Why listen to it

In his lectures, Luuk van Middelaar shows how the strategies of Russia, Turkey, China and the United States are forcing Europe to assert itself as a political power.