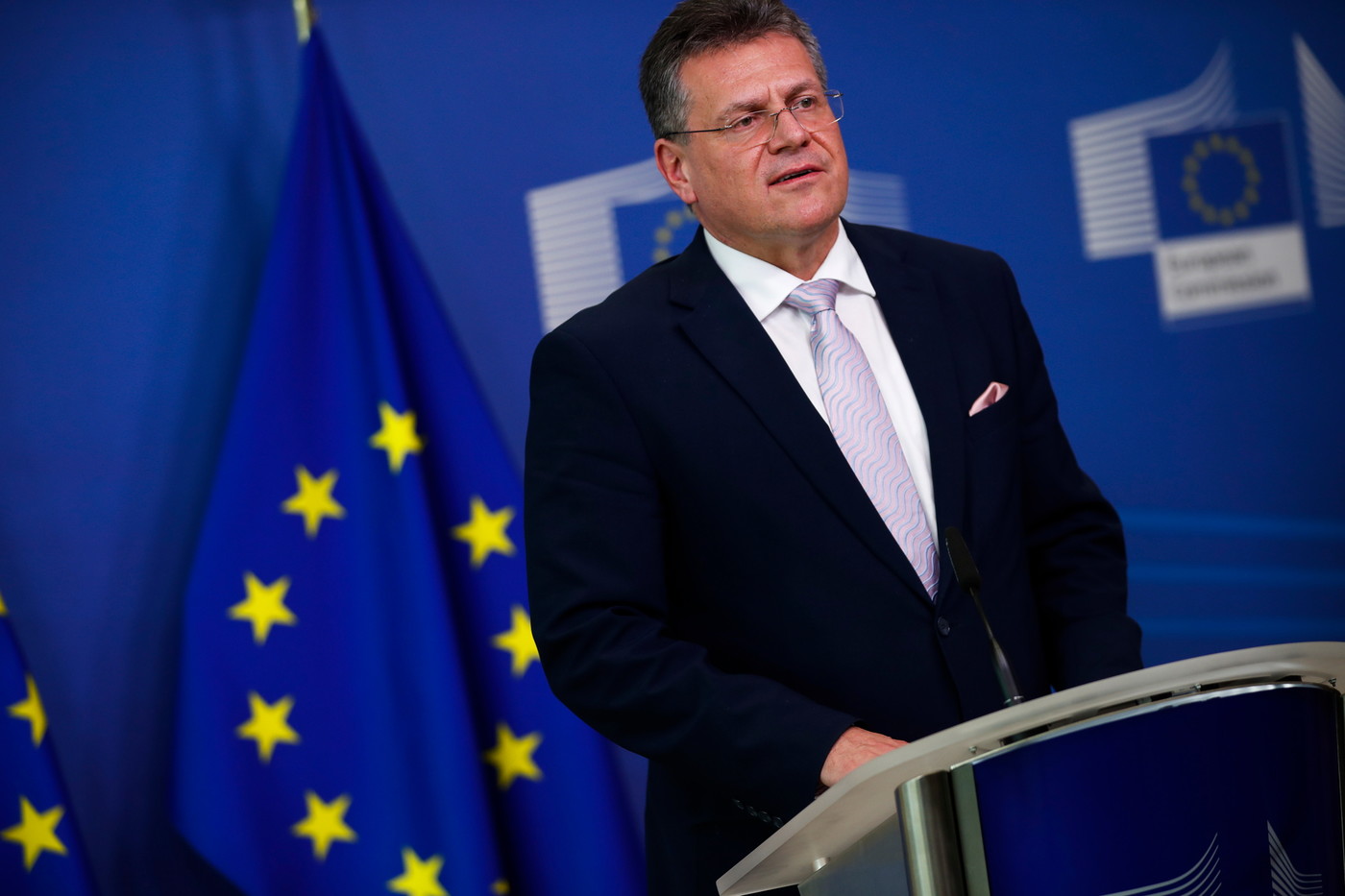 The deal, just the deal, and the whole deal. In Brussels, a personality was appointed at the start of the year to ensure that post-Brexit commitments are kept. This is the Slovak Maros Sefcovic, vice-president of the European Commission. At 54, he was appointed to co-chair the Joint Partnership Council, a body set up by the EU and the United Kingdom to ensure the proper application and interpretation of the “deal” on both sides of the Channel. .

→ MAINTENANCE. Michel Barnier: “I will take my part in the public debate in France”

He thus takes over from the Frenchman Michel Barnier, former chief Brexit negotiator who still provides a special advisor mission until March until the agreement is ratified in the European Parliament.

Breaking out of the Irish imbroglio

Maros Sefcovic has already had the opportunity to say no to the UK. Traveling to London on Thursday 11 February to meet Michael Gove – the second in Boris Johnson’s government – the EU envoy said upon his arrival that he was “Absolutely determined” not to delay the introduction of customs controls in Northern Ireland.

His own institution, the European Commission, did not make it easy for him. London was indeed engulfed in the breach, after a diplomatic misstep immediately recognized by the European executive affecting the Emerald Isle. The European Commission, furious with the British it suspected of grabbing anti-Covid AstraZeneca vaccines reserved for the EU, has considered triggering an emergency clause (article 16) to control exports to the UK United. A mistake. This sparked an uproar in London, Dublin and Belfast, refusing the establishment of border controls that would risk compromising peace in Ireland.

After “Frank but constructive discussions” in London, Maros Sefcovic and Michael Gove pledged to protect the peace agreement that ended thirty years of violence, and to minimize the consequences of Brexit on “The daily life of communities both in Ireland and Northern Ireland”. The two have promised to meet again before February 24.

A pure diplomat, Maros Sefcovic was trained on the benches of the State Institute of International Relations in Moscow at the end of the 1980s in the midst of perestroika, which he is still criticized by part of public opinion in Slovakia. After the fall of communism, he served as consul in Zimbabwe and Canada, before being appointed ambassador to Tel Aviv in 1998.

The rest of his career will be European. Slovakia’s representative to the EU from 2004, he has held the posts of European Commissioner since 2009: in education, then in consumption, in energy to finish with interinstitutional relations. “He is a solid and competent person who has the confidence of the Commission. He has the profile of a technocrat who has had rather unhappy encounters with politics ”, summarizes Lukas Macek, director of the European campus of Sciences-Po Paris in Dijon and associate researcher at the Jacques Delors Institute.

Running for the Slovak presidency in 2019, he has indeed agreed to campaign under the banner of the ruling populist party Smer-SD (left). He then took a very conservative and hostile line to the reception of migrants, to counter the liberal candidate Zuzana Caputova, a supporter of marriage for all. This did not prevent the anti-corruption lawyer from winning with more than 58% of the vote.