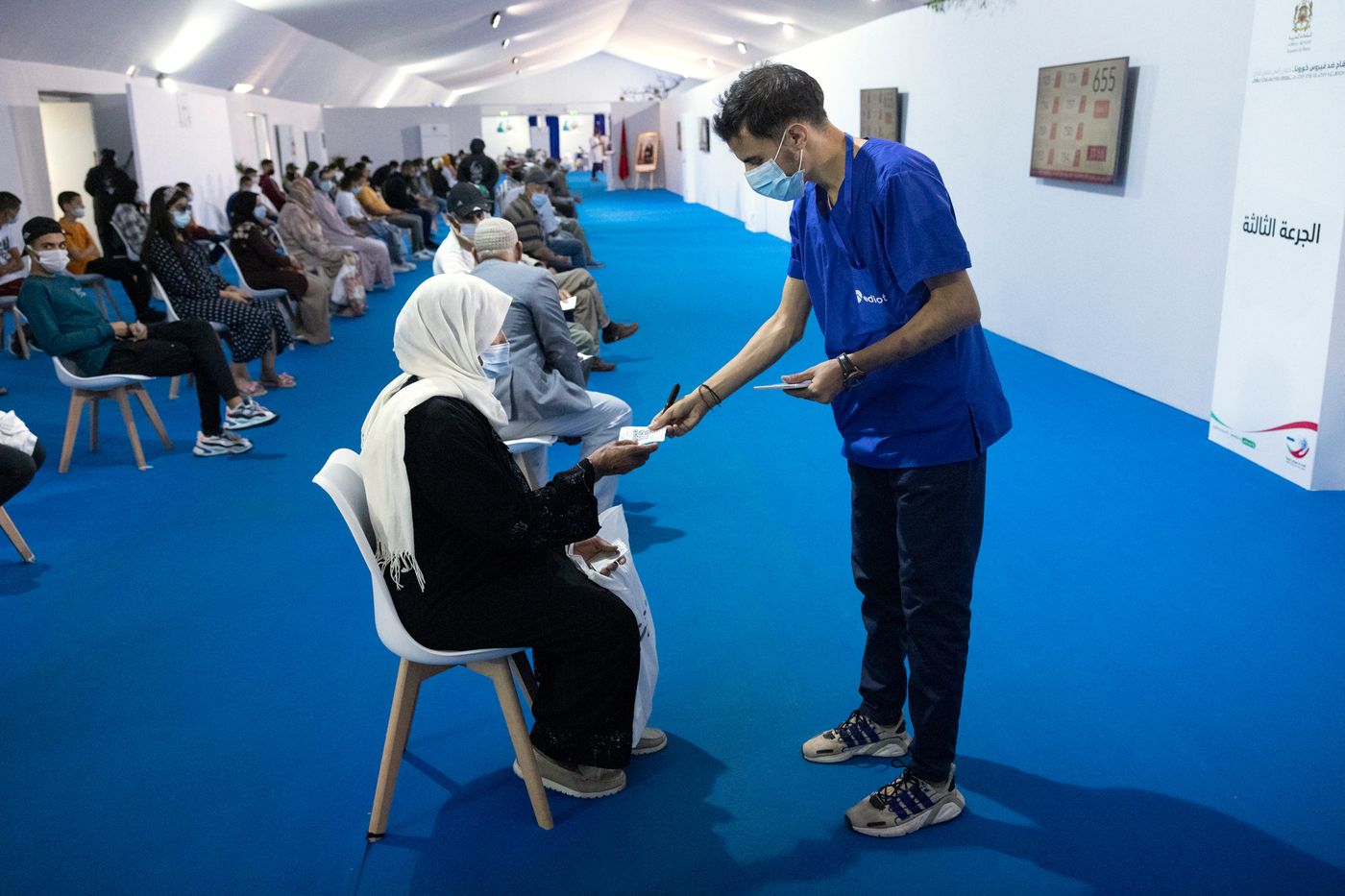 At the entrance of a clothing store, in the Maarif district of Casablanca, the security guard asks customers, a little timidly, to show their vaccine passes. Most are not used to it yet: it takes a few moments to find the document at the bottom of the bag or the PDF downloaded on the phone. A quick glance and the customers can enter. “People are understanding”, ensures, for the moment, the vigil, who has not noted an incident.

Thursday, October 21, the vaccine pass became mandatory throughout Morocco to access shops, administrations, or any “closed space”. It also allows you to move between the provinces of the kingdom. Unlike French sesame, it can only be obtained by being vaccinated and not with a PCR test. Morocco thus becomes the first African country to establish such a vaccination or health pass.

→ ANALYSIS. In Morocco, the surge in poverty due to Covid-19

The announcement caught everyone off guard. The implementation of the pass was indeed revealed … three days before its application. “The epidemiological situation in Moroccodoes not justify today to impose a vaccination pass so quickly! And, if it becomes necessary, it would first be necessary to demonstrate pedagogy so that the citizen understands the interest of vaccination ”, estimates doctor Jaâfar Heikel, professor of medicine. After a peak in Covid-19 contamination this summer, Morocco is currently only counting a few hundred cases on a daily basis.

Petition against the hasty introduction of the device

Jaâfar Heikel is one of the first signatories of a petition denouncing the too rapid establishment of the pass. Its implementation has also crystallized the criticisms of antivax, which however seem very minority.

As for cafes and restaurants, already hard hit by the crisis, the measure is also struggling to pass. The association of restaurants and cafes of Morocco has notably judged that it is not the competence of the waiters to control the passes. In a cafe in the center of Casablanca, Houcine just refuses to check them. “I am not a police officer! he exclaims. Am I going to forbid customers to sit? It does not make sense. “

In a country where the informal economy largely dominates, it is difficult to say whether the measure will be well applied. Several questions also remain unanswered: will people exempt from vaccination or those cured of Covid be able to obtain the pass?

→ READ ALSO. Covid-19: France between hope and vigilance in the face of a fifth wave

For Dr. Tayeb Hamdi, doctor and researcher in health policies and systems, it is in any case an essential tool: “There are still six million people in the target population who have still not received any doses. The vaccination pass will encourage them to be vaccinated and free all the others from restriction measures. “ From the first dose of vaccine, a provisional pass is issued, which must then be confirmed by the second dose.

Morocco has succeeded in fully immunizing 21 million people out of 36 million inhabitants, or nearly 58% of the population. It thus achieves unparalleled performance on the African continent, excluding micro-states.

The vaccination campaign had nevertheless slowed down in recent weeks. “But when I see the crowd in the vaccination centers since the introduction of the pass, I tell myself that its objective has already been partially achieved! “, notes Doctor Tayeb Hamdi.

→ PODCAST. “Covid-19, when everything changes to intensive care”