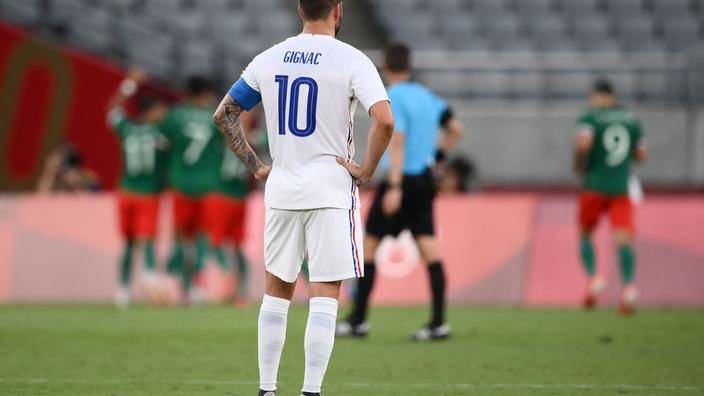 89 ‘The beautiful parade of Ochoa on Kolo-Muani!

On a cross, Kolo-Muani jumps and comes to cut perfectly with the head but it is captured by Ochoa.

A splendid goal from the neo-entrant who had already had an opportunity 3 minutes ago. On the right side, the Guadalajara player enters on his left foot and dribbles past the French defenders before concluding with his left foot entering the area. The Mexicans push the Blues a little more, while they seemed to find color following the new entries. 3-1!

New warning for the France team, while on a Mexican counter, Antuna just entered tries a cross strike, eccentric to the right. His shot goes just to the right of Bernardoni’s cages.

Entering the 60th, the two players brought more movement, with in particular the penalty obtained by the Nantais during his first foray into the area. The Caennais in the middle quickly turns to face the game and brings new opportunities with a few bright passes.

71 ‘Mexican changes: entries of Antuna and Esquivel, exits of Cordova and Lainez (2-1)

Gignac’s penalty shot very well low to the ground to the left of the keeper. Ochoa had dived on the right side but the shot went too close to the post to be captured.

In a few passes, the Mexicans find themselves in the French area and with Diego Lainez still in charge, Martin is close to increasing the score.

Releases of Tousart and Arnaud Nordin.

The French defense had forgotten Cordova behind his back after a Mexican player was injured during the action. The Mexican midfielder does not pray and comes to adjust Bernardoni dropped by his defense, which has no chance. Mexico doubles the lead, 2-0.

Following an umpteenth dribbling streak from Diego Lainez on his right side, the Betis winger sends a very good cross for Vega at the far post, who cuts with a header. An opening of the score more or less expected, which allows Mexico to lead in this match.

Immediately after the kick-off, a good ball is sent to Cordova who regains a head in front of the French defense, but it is signaled offside.

45 ‘Resumption of the match!

Mexico, which offered itself more interesting situations, failed to open the scoring, when the French counter-attacks often came to an end thanks to Ochoa’s good saves. Under a blazing sun and a very humid atmosphere, the two teams will therefore be able to recover before the resumption.

Diego Lainez once again manages to dribble the French players and in a one-two with his teammate, he tries his luck at the entrance to the area but it is too crossed and it goes to the right of the cages.

Eccentric to the left after a good French defensive fold, the Club America player fails to frame his powerful shot which passes next to the cages.

35 ‘Teji Savanier on the ground complains about the thigh!

He gets up quickly but complains to the referee about a lack of penalties.

The Montpellier midfielder tries a lob when he sees that Ochoa is far from his line but it was too fair!

Arnaud Nordin sends a powerful shot into the top right corner but Ochoa pulls it out well.

Savanier had seen that Gignac was advanced and facing the game, and he sent a very good cross for the head of the Tigres player. Ochoa a little advanced on his line manages to catch the ball.

The young Mexican prodigy arrived in Europe in 2019 from Club America at Betis Seville. Now 21, he revealed himself to the whole world in the first leg of the knockout stages of the Europa League against Stade Rennais. Entering in the 32nd minute when Real Betis lost 2-0, he amazes the Rennes public with his dribbling, his acceleration, his slaloms in the box and his beautiful passes. He will even come to equalize 3-3 at the very end of the match, silencing a Roazhon Park so far fond of the game of the young Mexican. Having kept his twirling side without being very decisive, the French defenders will have to be wary of the one who wears the number 10 of the Mexican selection.

The Mexican number 10 entered the box and easily dribbled the defense before putting it right next to the French cages after a good intervention from Paul Bernardoni.

The central defender of Real Sociedad makes up for it well after losing a ball near the surface quickly picked up by Diego Lainez. Mexico grabbed the ball and were close to opening the scoring. But Modibo Sagnan was back on the line and released with the tip of his foot in extremis.

First yellow card of the game for the side of Lens who was a little late in his intervention.

We feel that the automatisms developed during their month of preparation for these Olympics pay off, and Mexico manages very well to combine to keep the possession of the ball with midfielders who are trying to build.

Ligue 1 well represented in this match, on both sides (0-0)

The new Tigres player signs a first cross after transplanting to the right and finds Gignac’s header in the box, which is reported offside.

A kick-off given by Mexico, which quickly obtains a first free kick.

The players have entered the field, make way for the anthems!

The France team is used to shine by its absence during the Olympic Games. So much so that her last participation dates back to the Atlanta Olympic Games in 1996 where, led by Raymond Domenech, she was eliminated in the quarterfinals by Portugal of Nuno Gomes and Nuno Espírito Santo. For good reason, qualification goes through the continental hopeful competitions, and the Bleuets have rarely climbed very high during the Euro under 21 years. Having climbed to the semifinals during the 2019 edition, France therefore won its ticket to the Olympic Games, 25 years after its last participation. Against Mexico, the Blues will therefore make their comeback in Olympic land.

The XI of Mexico with Ochoa in the goals!

In a classic 4-3-3, Mexico launched its competition with Memo Ochoa holder and captain in goals. With the exception of Diego Lainez, all the players come from Mexican clubs.

The XI of the French team with Gignac captain!

Already captain last week in the only preparation match for the Blues, won 2-1 against South Korea in Seoul, Gignac will therefore wear the armband again Thursday at Tokyo Stadium. As expected, the team is identical to the one that beat South Korea. In attack, Gignac will be surrounded by Florian Thauvin and Arnaud Nordin. In the midfield, the Lucas Tousart-Téji Savanier-Enzo Le Fée trio was chosen. Modibo Sagnan and Pierre Kalulu will form the central hinge and will be supported by side Clément Michelin and Anthony Caci.

Hello everyone and welcome !

Hello everyone and welcome to this live stream to follow the first match of the French team at the Olympics, against Mexico. Kick-off at 10am! 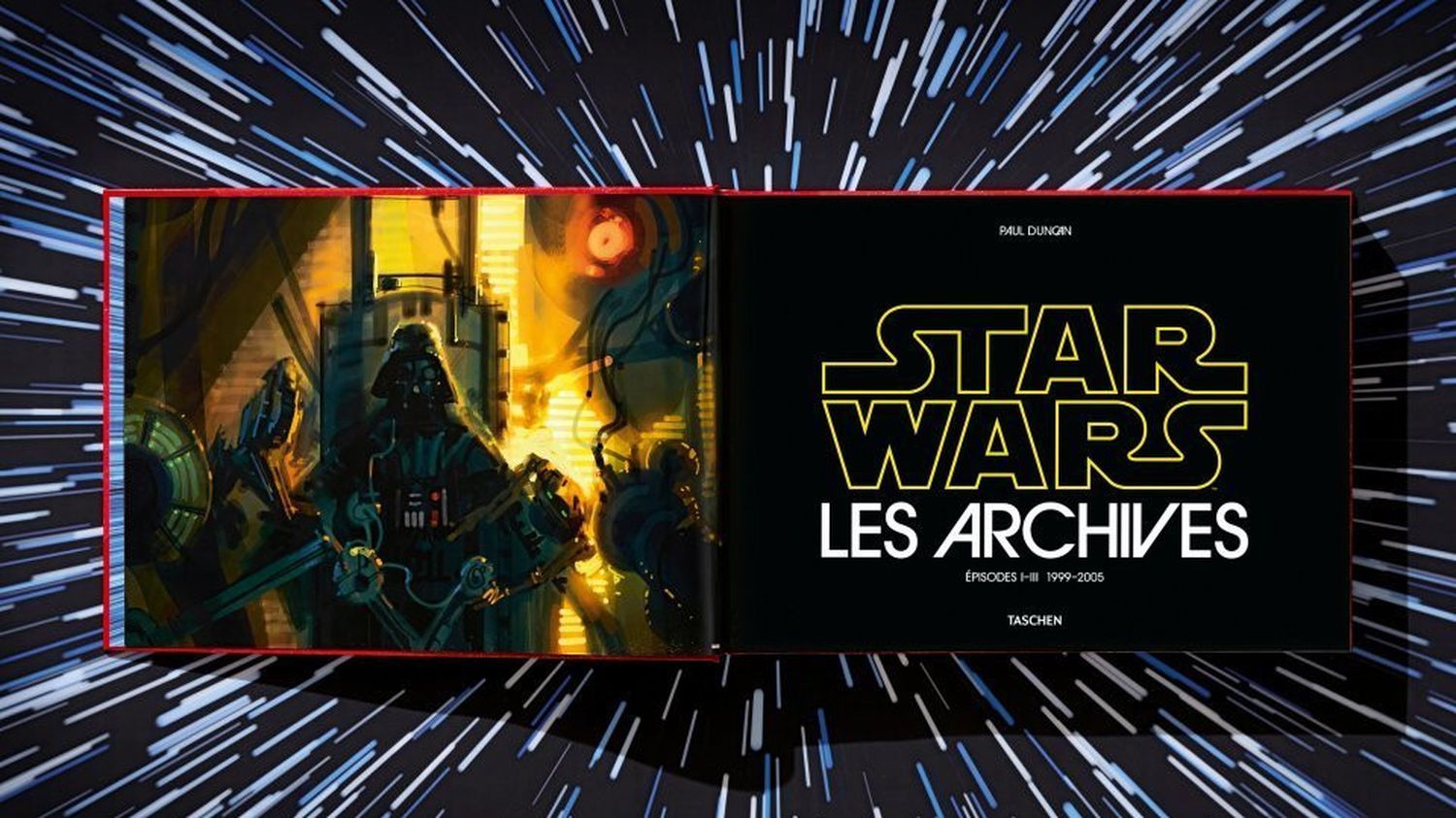