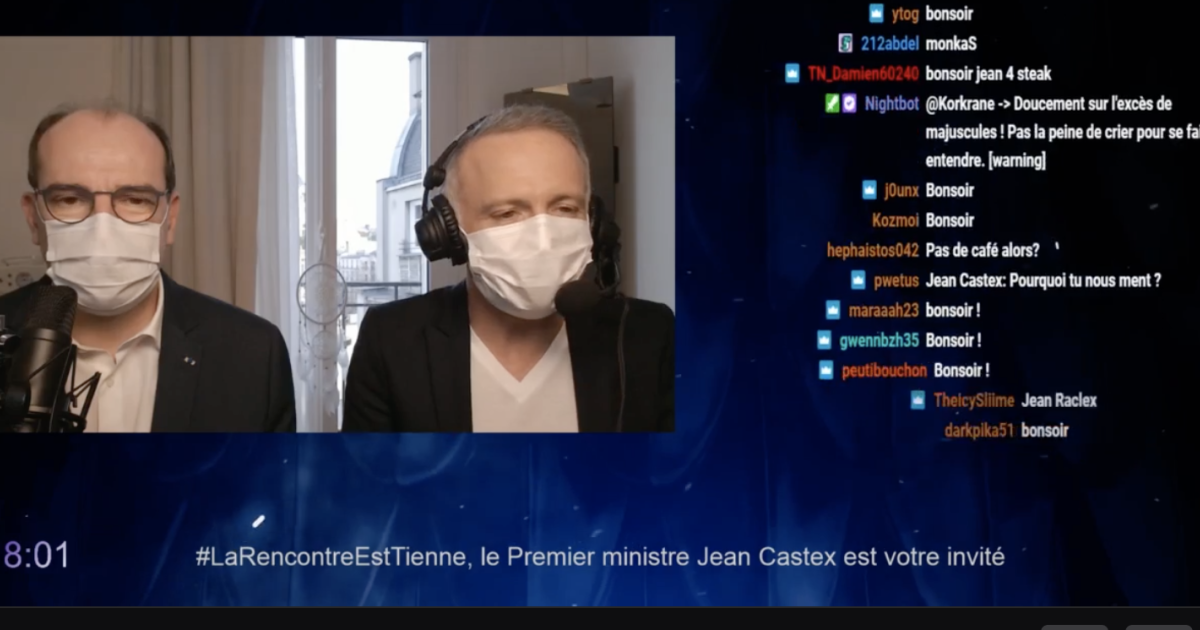 It had to be a date “Fun”. Laid back at least, outside the formal framework of the Prime Minister’s regular press conferences, usually to deliver bad news. Jean Castex was a guest of journalist streamer Samuel Etienne, Sunday evening, on his Twitch channel, a streaming platform acclaimed by the community of gamers, adolescents and young adults.

With an extremely simple concept: throughout the exercise, which lasted an hour and a half, Jean Castex had to respond directly to Internet users’ questions, the very DNA of the platform, prized for its interactivity.

Samuel Etienne, Castex to both of us!

Yes, but there you go. Jean Castex, known more for his austerity and his serious tone than for his ability to turn the towels in the evening, missed the exercise. He also quickly set the tone for what was going to be the meeting, and transformed the game of questions / answers … into a banal press conference. What he can do, then, and that he has learned to do.

The questions followed one another, in particular on the health crisis, given the context; the language elements are well established and unrolled, even rehashed. But do not count on Jean Castex to give clues about a possible reconfinement of Ile-de-France, a question which is on many lips. No, he sticks to his line: explain the choices that have been made by the government. And beware of the impertinent Internet user who asks the Prime Minister to justify himself on the position of the government which, last year, explained that wearing a mask was useless in the general population. ” I was not in a position of responsibility at the first confinement », Evacuates Jean Castex, who kicks happily in touch.

On Twitch, Castex calls for confidence in AstraZeneca vaccine

A word comes back repeatedly in the mouth of the Prime Minister: “explain”. Jean Castex is there to teach. ” What I wanted to do by coming here is talking to people who don’t listen to press conferences or news; go tell them it as it is », He explains when concluding. This justification alone shows the very vertical approach of the tenant of Matignon, who came to Twitch to reach an audience hardly used to their regular points, but not necessarily to discuss or exchange with them. The nuance is important. In the chat, the messages of a community scalded by the politicization of their platform are squeaky: ” Etienne, it’s a shame that this interview looks like a classic interview. Tongue of wood 20 out of 20. Really shame », Complains an Internet user.

(A little) more spectators than Hollande

If a few days earlier, François Hollande hit the mark, it was by adapting his speech, and “Mr. little jokes” did what he knew how to do: jokes, good words. And spikes, against Emmanuel Macron in particular, between two confessions (the ex-head of state amateur of Booba, who would have believed it?). Jean Castex, he did not want to let go. For the anecdotes and confessions of the tenant of Matignon, it will be necessary to go back.

His only sign of relaxation? His tie, which he had for the occasion put away in the closet, and a message for his daughters, who listened to him which “stressed him”. But asked to know “what is the least nice aspect of the job of Prime Minister”, Jean Castex dries long seconds, before unrolling an ultra-agreed response: “ All day long I give it my all [dans ce job], I’m action-oriented “. With his tongue in cheek, Jean Castex has definitely buried the underlying promise of lightness on Twitch. But could a sitting Prime Minister afford another form of communication? Only positive element, which Matignon will not fail to gargle: at the height of the interview, Jean Castex attracted more than 85,000 people. 1,000 more than François Hollande. Little consolation. 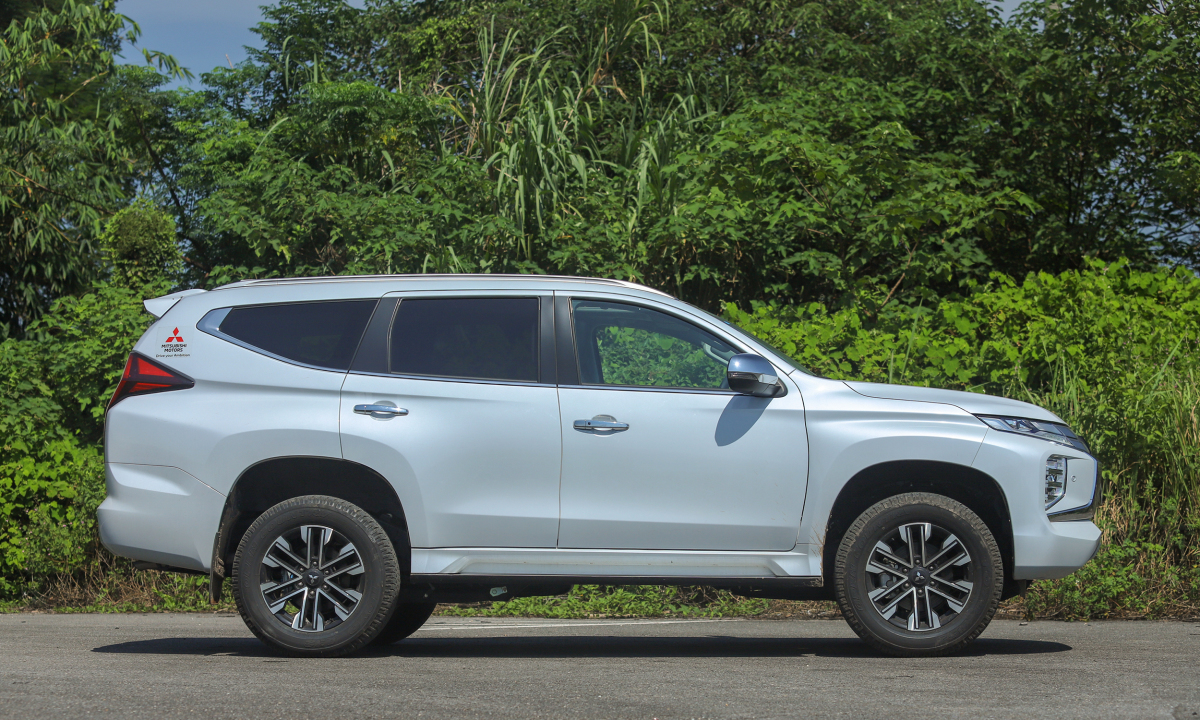 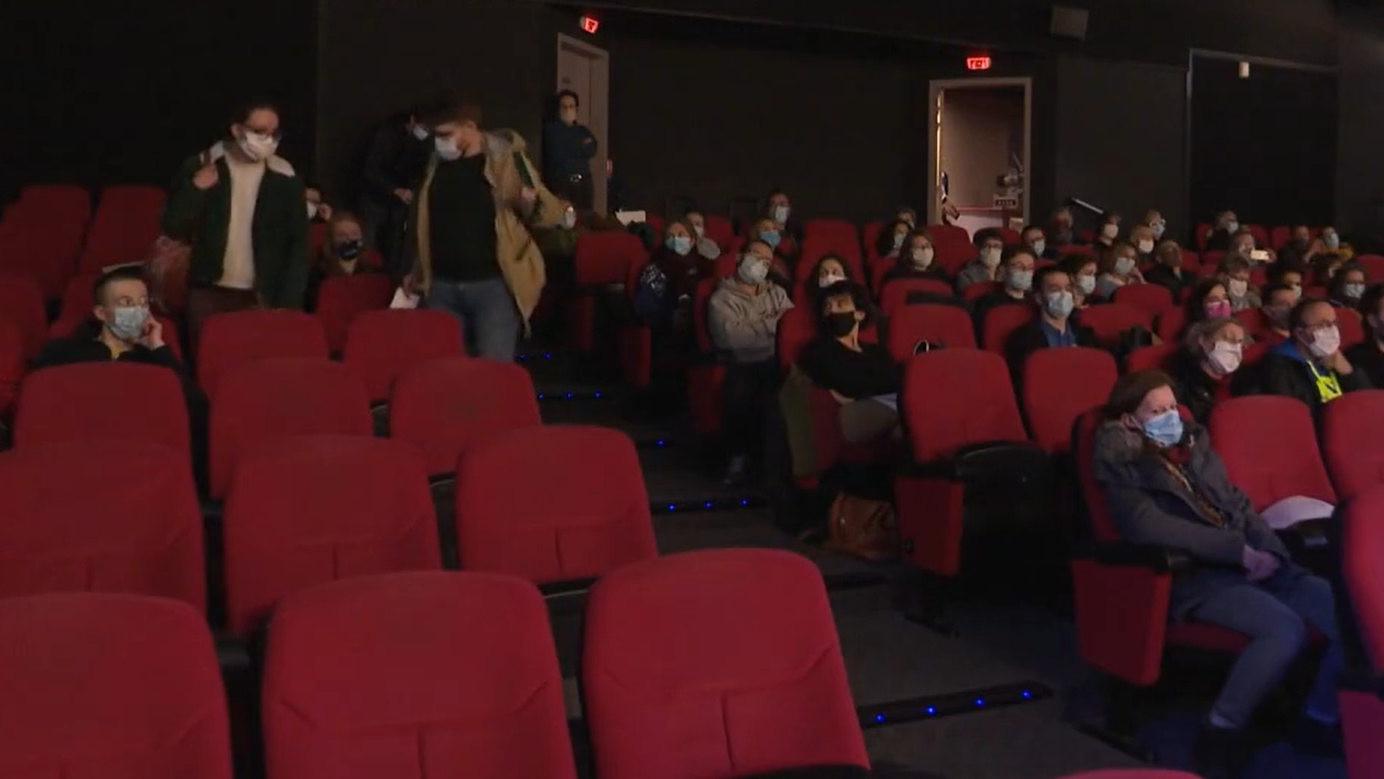