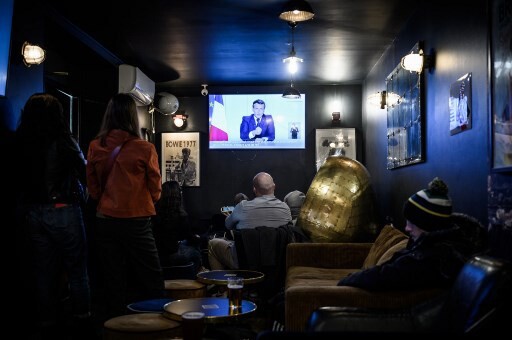 “The impression of an endless day that wins us over. ” Emmanuel Macron knew the effect that the announcement, Wednesday, October 28, of a containment that had become inevitable in the face of the virulence of the Covid-19 epidemic would cause. But he had no choice but to assume this decision, a terrible blow to the morale of the French and to economic recovery.

“We are all, in Europe, surprised by the acceleration of the virus”, had to recognize the president, who announced with gravity that the second wave was announced “Probably harsher and more murderous than the first”.

→ The recap. Covid-19: Emmanuel Macron announces a national reconfinement “at least until December 1”

The Head of State, who insisted a lot on the lessons learned from the early days of the epidemic, had himself abandoned, for this speech, his lyrical and warlike accents of the month of March, in favor of a sober pedagogy . He defended the strategy of the executive and refused to accuse the French. “We could have collectively been able to respect barrier gestures more (…). Should we be blamed for it? No. “

“Nothing is more important than human life”

To give “A sudden brake on contamination”, re-containment is required. Emmanuel Macron explained it, ruling out the other ways one by one, in particular the confinement of the elderly or the only increase in resuscitation capacities, all considered insufficient. He said he was guided by “An intangible principle: nothing is more important than human life”.

It is therefore a containment approaching that of spring that awaits the entire territory – with adaptations for overseas – from Friday October 30, and at least until the 1ster December. The exit certificate will come back to the daily life of the French, with its reasons restricted to work, medical appointments, assistance to a loved one, essential shopping, or for “Take the air near your home”. Private meetings and public gatherings are excluded.

However, the president announced a “Tolerance” for the next weekend, both for the return from vacation, and, “In this period marked by All Saints’ Day”, to allow the French to go to cemeteries. By the way, Emmanuel Macron underlined his will “That we can continue to bury our loved ones with dignity”.

→ READ. Reconfinement: public services will be suspended after All Saints’ Day

However, this reconfinement presents three major changes compared to that of March-April. First of all, schools will remain open, up to and including high school. Secondly, “The activity will continue with more intensity”, promised the president. In addition to generalized telework – and largely facilitated, for parents of students, by maintaining the school -, he committed to better continuity of public service, and mentioned the construction sector. He also promised a two-week review clause for non-essential businesses. “The economy must neither stop nor collapse”, he wished, promising to maintain business support and partial unemployment.

→ ANALYSIS. Second wave, how did we get there?

Finally, and this is a lesson learned from the first confinement, retirement homes and nursing homes will remain open to visits. Emmanuel Macron no longer wants “Human dramas” of people “Isolated at end of life”.

The Prime Minister will present details of the new measures to Parliament this Thursday, October 29. Emmanuel Macron, he looked to the future, promising a better strategy for testing and isolating patients “Once the epidemic peak has passed”. Calls for unity from the head of state, who said his ” trust “ to the French, remain. But there is no longer any question, for the time being, of the world after. It is now about “Hold out until the vaccine, in the summer, scientists tell us”.