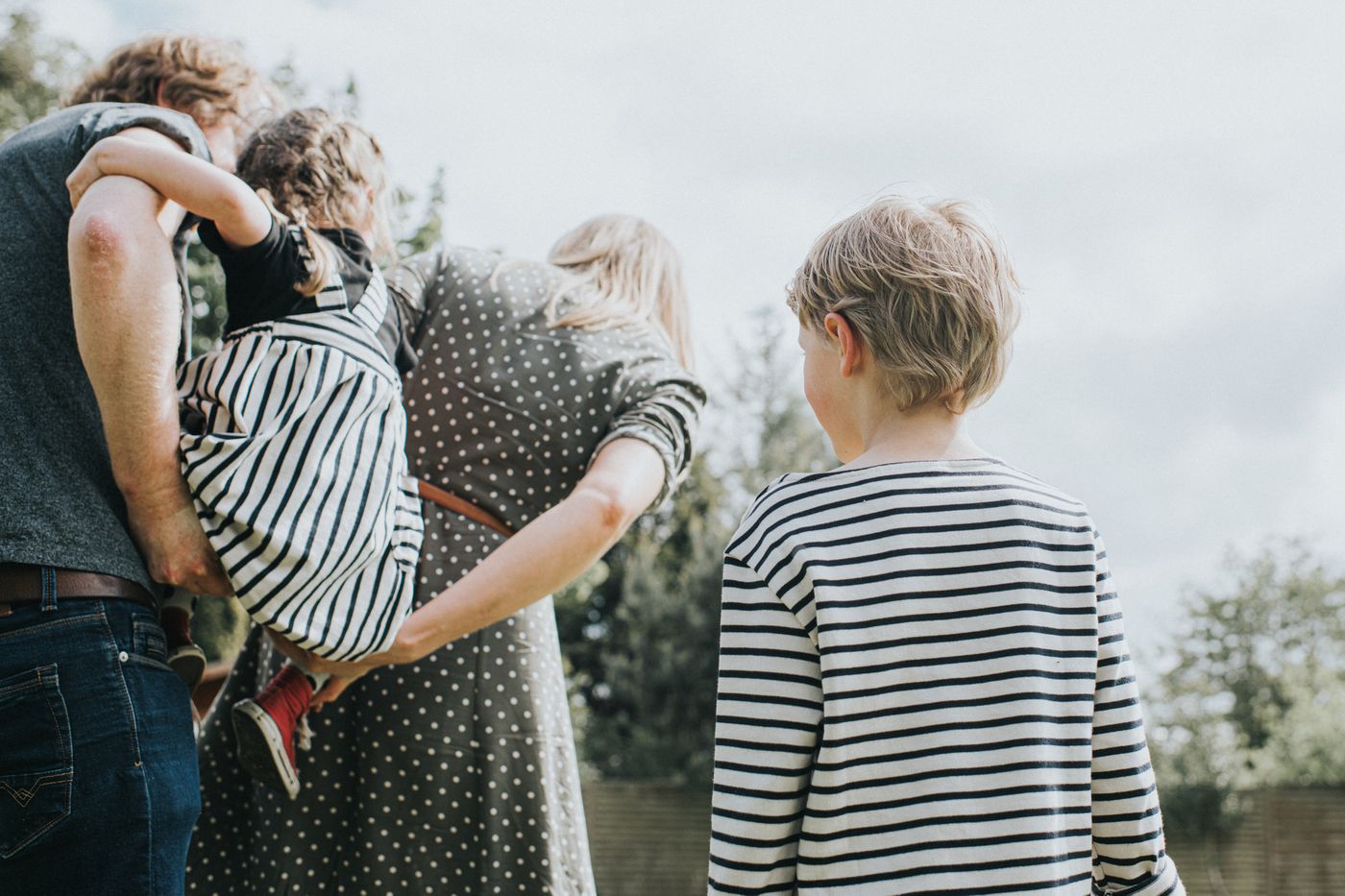 Psychologist Dana Castro smiles. “You know, some kids count their fries on their plate to compare with those of their siblings. And if they find out that they have exactly the same number, then they complain that theirs are smaller. They always end up saying it’s not fair! “

→ MAINTENANCE.The feeling of injustice in the family: “Siblings are built on accounts”

In derisory or essential areas, brothers and sisters compare and spy on each other. Like prosecutors, they watch for the slightest parental deviation from a principle that they brandish as a standard: justice, denouncing, outraged, the slightest deviation supposed to their disadvantage. If this is not new and, for the youngest, the grass has always been greener in the neighbor’s meadow, parents are now annoyed. Loaded with books on child psychology, weighted down with their own memories, they are often keen to be as fair as possible with each of them so as not to hurt any of them. “I don’t understand why my daughter always reproaches me for being more exacting with her than with her little brother, Anne gets carried away. As she is bigger, I ask her a little more, of course, but that is, in fact, only justice! “

Don’t give everyone the same

Why such a discrepancy between the intentions of some and the feelings of others? “The whole problem is that the word justice does not have the same meaning for children and for parents, explains Dana Castro. For children, what really matters is their place in the family and in the hearts of their parents. This need for justice is rooted in the universal feeling of fraternal jealousy. They are therefore very subjective. ” But for parents, the stake is elsewhere: to be fair, “It is trying to respond fairly to the different needs of their children”, continues the psychologist. Even if it means not giving the same to everyone.

However, these differences can only fuel the child’s feeling of injustice. “We see this very frequently in families where a child has a chronic illness. Parents are obliged to support him, but brothers and sisters sometimes complain of being ignored ”, explains Dana Castro. Delphine, mother of two teenagers, also illustrates this difficulty, outside the scope of illness. “My three children each have a very different character. One of my daughters is very talkative and tends to take up a lot of space. Her sister, on the other hand, is more secretive, and so I try to value her, to go to her to give her the attention that she doesn’t really ask for. Suddenly, the first considers that I am unfair to her and that I do not thank her for all her goodwill and kindness. “

→ READ. Help them understand the unjust and the just

Do not try to justify everything

Parents find themselves in a situation that is all the more uncomfortable because they listen to their children more than previous generations. Now, when a couple gets married at the town hall, they are told that the child must be involved in decisions that affect him. Families seek consensus, transparency, negotiate, etc. Other side of the coin: it can reinforce the feeling of injustice of the child when his opinion has not been followed. “However, I am not sure that at 5 years old a child knows exactly if he prefers to go to the zoo or to the park, resumes the psychologist. We end up with some parents giving lectures to their child to justify a decision that they actually don’t really understand. ” She therefore warns against a form of tyranny of absolute equality and suggests not trying to justify everything in the name of justice.

→ READ. Is the family a democracy?

Learning to live with this relative inequality will also be useful throughout life. In his study, Me Jacques Dauptain sighs. As a notary, he esteems himself “In the front row” of these family dilemmas, which emerge especially at the time of inheritance. “Not all families are torn apart around inheritances, far from it, but when difficulties arise, they go back a long way, to old jealousies that date back to childhood. “

“With the best will in the world, it is not always easy to be fair”, continues the notary, citing the case of parents who want to give a helping hand to the child who is the most in difficulty in life. “Siblings may agree to help the one in trouble, but they may also see it as an emotional imbalance. They can argue that they were not unworthy, for example that they had the courage to pursue a more demanding education, or that they managed their money well. ” To avoid this type of conflict, Jacques Dauptain therefore advises parents not to hide their intentions during their lifetime, in order to avoid misunderstandings.

To make clear in his intentions, but also in his feelings, is an absolute necessity, underlines besides Dana Castro, which encourages not to leave any doubt on less avowable feelings. “Even if they deny it, it can happen that some parents feel closer to one child than another. They can’t help it, it’s a question of personality. In these cases, even if they love each child differently, they cannot completely hide this privileged relationship, and the other children of the siblings face a fundamental injustice: they will never know this closeness to their parent. “ In this case, care must be taken to reestablish a form of balance, as witnessed by Catherine. In his family where everyone is over-educated, his son indicates with his professional baccalaureate: “My husband has a lot of trouble with this. He cannot admit that he is not as brilliant as his sisters. Suddenly, I try to compensate, but it’s true that it’s complicated. “

Testimonials – They felt a sense of injustice

♦ “My parents clearly preferred one of my sisters”

“In my family, we were not all housed in the same boat. My parents clearly preferred one of my sisters, and the other three children knew that. We were convinced that their affection depended on our academic success. But his was the most brilliant. They were not at all interested in my sports activities, despite my good results, but accompanied my sister in hers. Later, in adulthood, she retained this privileged status. They always followed her cravings for family outings, and it seems to me that her kids also got more attention than others. Sometimes the situation annoyed me, but I wasn’t mad at her. I also couldn’t blame my parents because, like my two other sisters, I felt that I deserved this lesser interest. Not having had the same affection that it hurt me a lot. “

♦ “I realized that I had lacked attention”

“My parents raised us with the idea that equality was a myth and rather sought equivalence. But that did not prevent us from feeling injustices. I remember a situation that I experienced particularly badly: one of my brothers had fallen ill in snow school and as my parents thought that he had been poorly treated there, they decided that I would not go there. not the following year. This absence not only cut me off from class for three weeks, but it also cost me my best friend. I also found it unfair the way my father spoke about his six children in his Christmas letter to the whole family. He always valued one of my older sisters, while sometimes pointing out some of my weaknesses. On the other hand, I was the only child to go to private business school and that might have seemed so unfair to my siblings. Some differences in treatment affected me. As an adult, I did work on myself and realized that I had lacked attention. “

“I am the fifth of nine siblings. We were all very concerned about the feeling of justice. We counted, for example, the number of strawberries or apples and hazelnuts on our plates, while our mother advised us not to look in the neighbor’s. But we couldn’t help it because what was playing behind was deeper. We thought that the one who had the most strawberries was perhaps the most loved. In a large family, we may have less proof of love from parents and we sometimes grow up in a certain emotional insecurity. We also had a disabled brother who required more attention. We understood it but that did not hide the fact that at one point we said to ourselves: “And me !” As an adult, I moved away from my family, abroad. Despite my projects going off track, my parents followed me and I too had the right to a little exclusivity. As a teenager, I surely resented them a little but I never held it against my brothers and sisters because we were all in the same boat. “

To read for parents

65 brooms. Reflections of a notary on the new sixties,by Pierre Dauptain, L’Harmattan, 2020.

To read for children

Just impossible. Small conference on the just and the unjust, by Jean-Luc Nancy, Bayard. From € 9.90. From 10 years old. 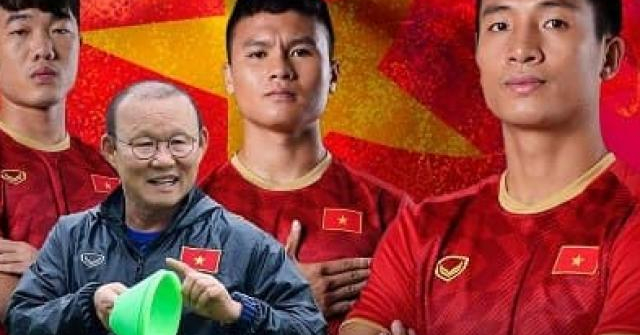