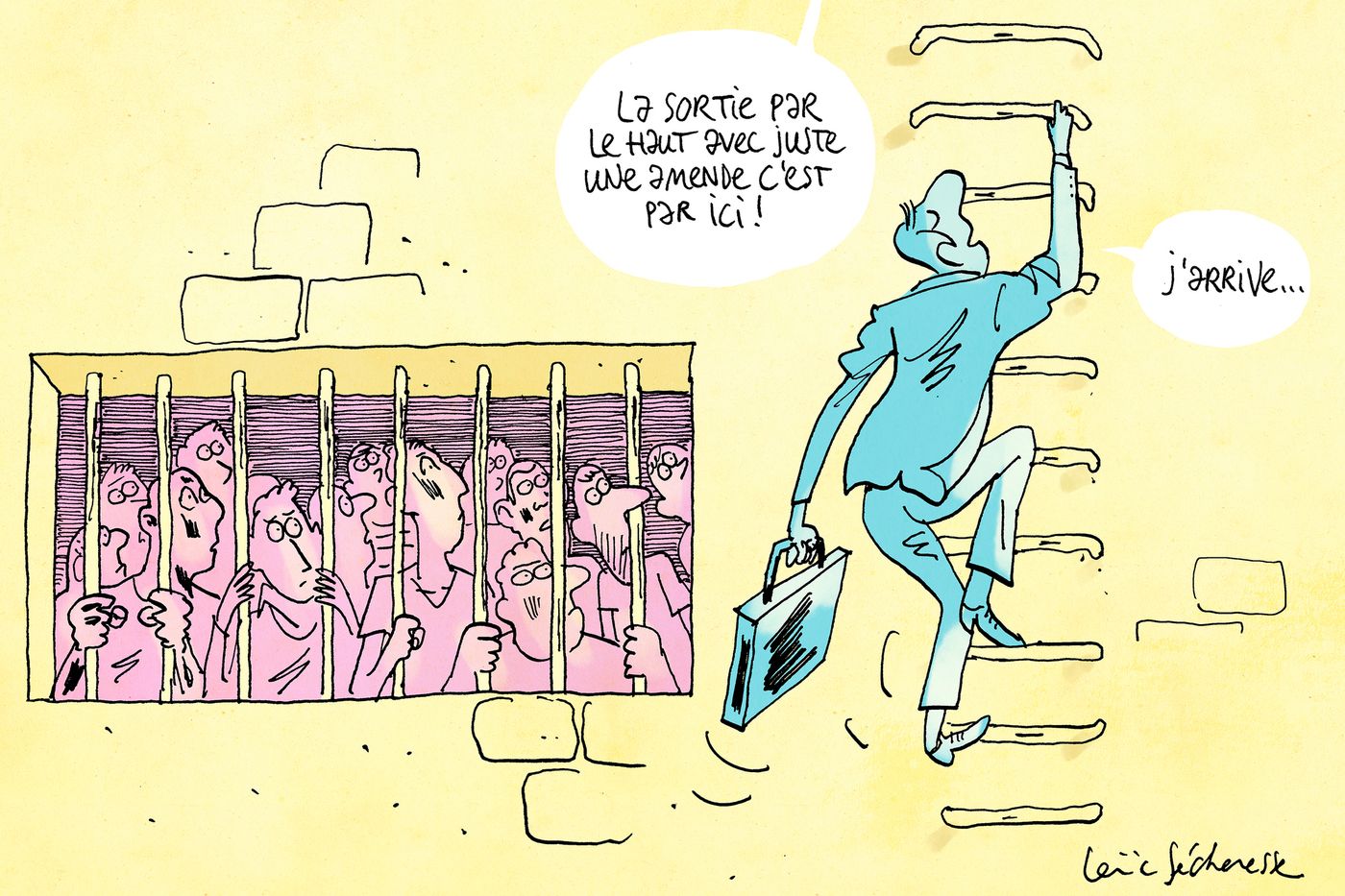 
La Croix L’Hebdo : How is prison “a degrading institution”, as the title of your last book states?

Corinne Rostaing : First of all, it is not an egalitarian institution. It mainly concerns the most disadvantaged people in society and punishes more crimes such as theft or infringements of legalization on narcotics (ILS). Conversely, white-collar delinquency, which concerns more political and wealthy circles, is examined by specific courts, which favor fines over prison.

→ EXPLANATION. Prisons: can we limit the number of inmates to places?

In addition, the worst prison conditions – overcrowding, 22-hour confinement, understaffing – are reserved for remand centers, that is, those convicted of short sentences and presumed innocent people. . The prison also maintains a form of infantilization leading to a loss of autonomy for the prisoner: meals are prepared for them, administrative tasks are done for them, they cannot wash their laundry themselves …

All this has led France to be condemned several times by the European Court of Human Rights (ECHR) for inhuman and degrading conditions of detention, as in January 2021.

Emmanuel Macron had made the reintegration of prisoners one of the objectives of his five-year term, in particular by putting “activity at the heart of the sentence”. Has he succeeded?

CR: Since its creation, the prison has two main missions: guarding prisoners and their reintegration. In France, the institution invests more in security than in preparing for the exit.

However, the stake is there. Instead of setting up activities to occupy, the prison should organize more activities to reflect on the meaning of the sentence. Employment is a good way to reintegrate. But you should know that by entering prison one in two people has never worked. It would be very important for prisoners to be able to train for a job, or to be able to attend studies, in order to avoid recidivism.

Today, the jobs offered are few, because it is difficult for an outside company to hire: you have to train the person while they are locked up, bring the materials inside, take out the finished products …

In terms of training, it’s the same thing. They take place behind closed doors in the institution, between prisoners, with very old equipment, and are therefore hardly recognized at the exit. It would be necessary to allow certain people, perhaps close to the exit, to access jobs or training outside, as is the case in certain European countries.

France is one of the five Council of Europe countries with the highest prison density, along with Turkey. Many of its European neighbors have succeeded in reducing their number of prisoners. Why is France such a bad student?

CR: Prison overcrowding was indeed a constant over my thirty years of studies. The government is now proposing to increase the number of places in prison. However, we know from experience that the more places we build, the more they are filled. It would be more effective to reduce the reasons for sending to prison. Because with the establishment of a security policy and the creation of new offenses that we know today, more people are being imprisoned.

→ READ. Detainees living in undignified conditions will be able to seize a judge

Other European countries, such as Switzerland, Italy and Germany have thus succeeded in reducing their prison population by decriminalizing certain offenses. It is also possible to decide to resort to other forms of penalties for petty offenses.

You say we have lost the sense of pain, like to find it again?

CR: It is a collective reflection to be carried out. Are we still in this idea of ​​punishing at all costs, or rather in the desire to support the deviant person? We now know that the harshness of the sentence does not lower the recidivism rate, which is currently 40 to 50%.

It is when we do not give the means to those who come out to go up the slope that they risk to plunge again. In France, for example, there are six times fewer approval and integration advisers than prison guards. They are not numerous enough to accompany the release of each prisoner.

Germany has been very involved in the re-socialization of its prisoners. The Scandinavian countries have created alternative models, opting for a very strong link between prison and society. They are more inclined to accept the prisoner going out to see his family, which is very important in maintaining a connection with the real world. It is not a perfect model, because in return, they accept a higher rate of evasion. But there is a great psychiatric follow-up and a whole work of reflection on the acts committed.

The problem is, this is all expensive. These are not priority policies and, today, it is difficult to see who could defend these people who have transgressed the norms of society.

Corinne Rostaing is a teacher-researcher at the University of Lyon 2. She has been studying the prison environment for over thirty years and has published numerous books on the subject.

Despite the improvement in prison conditions in recent years, the institution suffers from one constant in France: its crushing overcrowding (122.7% in remand centers, 105% in total).

In the spring of 2020, the government undertook early release measures in order to respect the safety distances in prison, leading to a significant drop in the prison population. Since then, the number of prisoners has started to rise again. This is one of the reasons why France was condemned last January by the European Court of Human Rights for inhuman and degrading conditions of detention.

Corinne Rostaing shows that the prison forgets one of its main missions: reintegration. Under these conditions, how to give meaning to the sentence?