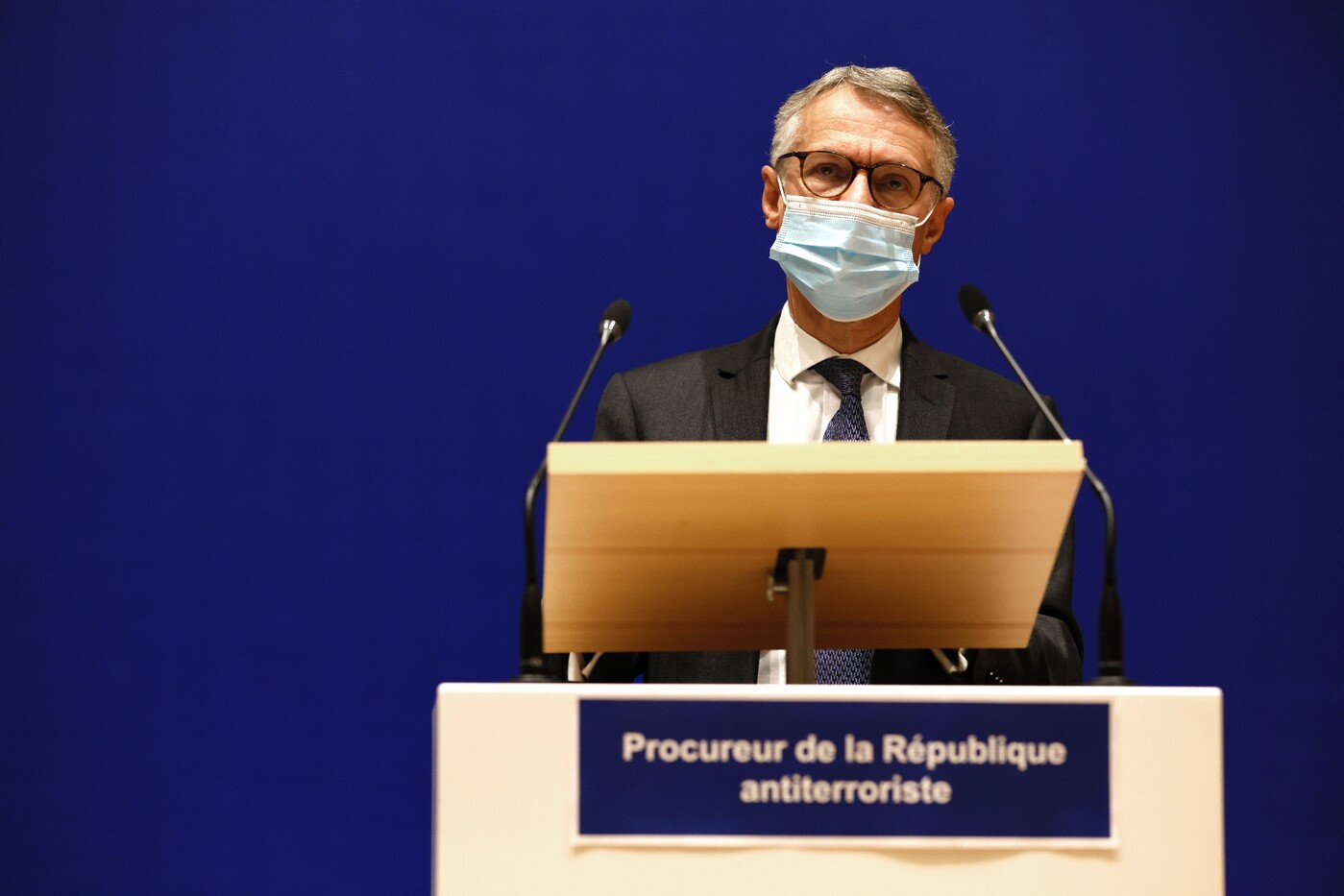 This new stabbing attack, which comes after three jihadist attacks in a few weeks in the fall, has put the fight against the terrorist threat back at the top of the government agenda.

Jean-François Ricard, national anti-terrorism prosecutor, is due to hold a press conference on Sunday at 11:30 am at the Paris judicial court to provide details on the investigation after the deadly attack perpetrated by Jamel Gorchene, a 36-year-old Tunisian national.

This delivery driver stabbed on Friday in the throat an official of the Ministry of the Interior, Stéphanie M., in the entrance of the police station of Rambouillet (Yvelines) where she worked in the secretariat. The assailant was then shot dead by a police officer.

The man, who would have carried out “locations” before assassinating the administrative agent, would have shouted “Allah Akbar” at the time of his attack, according to witnesses.

In his cell phone, the investigators discovered “nasheeds”, these Muslim religious songs now used by jihadist propaganda. And its modus operandi corresponds to recurring calls from the Islamic State (IS) group to attack the police.

Jamel Gorchene “had not been the bearer of threats, no signs of radicalization had been detected”, underlined on BFMTV the national coordinator of intelligence Laurent Nuñez.

He is one of those “individuals unknown to the intelligence services, who are very isolated, have no relationship with other individuals that would make them detectable,” he said.

Mr. Nuñez specified that it was becoming “very complicated (…) to detect this kind of profile” common to the “eight terrorist attacks” committed in France since the killing of the Paris police headquarters in October 2019.

Originally from Msaken, a town on the east coast of Tunisia, Jamel Gorchene arrived illegally in France in 2009 and was regularized ten years later. Then, last December, he obtained a residence permit valid for one year.

Recently, he returned to Tunisia for the first time since leaving for France, according to his family. A cousin and a cousin, met by AFP, described him as “depressed”.

The current custody of four people around him, including that of his father, should allow investigators to identify the profile of the assailant. The last police custody, that of a male member of his family, began at midday on Saturday.

Investigators from the Central Directorate of Judicial Police and the General Directorate of Internal Security must also determine whether Jamel Gorchene acted alone or benefited from complicity, material aid or ideological encouragement.

The use of his telephone and computer equipment could reveal whether he had any contact with the jihadist sphere, in France or abroad.

Prime Minister Jean Castex cut short his trip to Occitania on Saturday to bring together for about two hours in Matignon the services and ministers concerned (Interior, Justice, Armies).

Interior Minister Gerald Darmanin is due to present to the Council of Ministers on Wednesday a bill, in preparation for several weeks, to strengthen the fight against terrorism.

“The threat remains strong: since 2017 we have suffered 14 attacks causing the death of 25 people”, recalled in the Journal du Dimanche Mr. Darmanin, while stressing that 36 terrorist attacks had been foiled over the same period, including the last in Béziers at the beginning of April.

President Emmanuel Macron went to the Yvelines to support the family of the victim, “very upset and very dignified”, according to the Elysee.

Stéphanie M., administrative agent of the secretariat at the police station, who had worked in Rambouillet for 28 years, was the mother of two daughters aged 13 and 18 and the wife of a baker from a neighboring town.

A tribute will be paid to him on Monday at 5.30 p.m. in front of the town hall, announced the town hall of Rambouillet.

It will be a “sober” ceremony, a “moment of contemplation” to “show our support for his family, his colleagues and the police,” Veronique Matillon told AFP the mayor of this quiet town of 26,000 inhabitants.