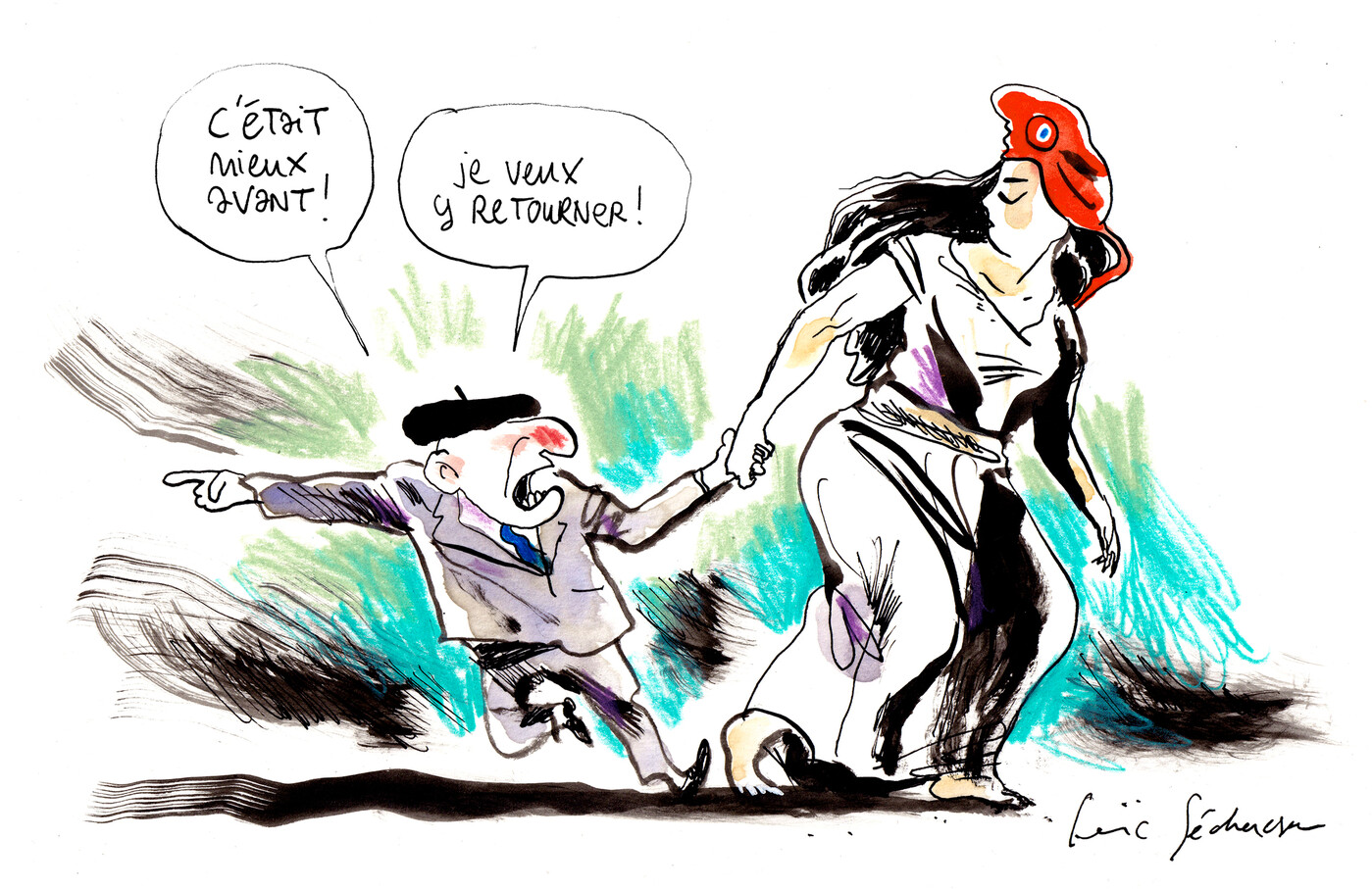 From the point of view of global history, what place does France occupy today?

The place that this country occupied in the past is obviously no longer what it occupies today. This downgrading worries some French people, who live in the memory of the expansionist era of the XVIIe and XVIIIe centuries, then from the overseas empire to the 19the and XXe centuries. The loss of the European empires was badly experienced, especially in your country but also in the United Kingdom and Portugal. We must accept that the connection to the world today no longer passes through military power but through economic and cultural power.

Through its cultural power, can it maintain its position in the world?

Compared to Chinese, but especially Spanish, Arabic and, of course, American-English, French as a language of culture has lost a lot of ground. In the XVIIIe century, the court of Russia or the Knights of Malta spoke in your language. If we stick to a more recent historical perspective, it is obvious to note a very clear difference between the France of Valéry Giscard d’Estaing and that of Emmanuel Macron. By 1975, the empire was already lost, but the country’s prestige and cultural influence counted in the world. At the time, I was a student in Delhi and we had a French film club. Consider the influence of French thinkers in the United States and elsewhere (Michel Foucault, Jacques Derrida) in the 1970s and 1980s. Today, it’s Michel Houellebecq. You will agree that it is not exactly the same caliber.

But should we remain in the regrets of a bygone era? Your neighbors, the Germans, have experienced the same cultural erosion. A few history students at my university in Los Angeles can still read French but none can read German. Previously, their elders were impressed by German thinkers. No one considers it necessary to read them in their original version anymore. Everything goes through English. In a way, this loss of influence is just as European as it is French.

Does France still have its place in current history? Do you think she overestimates her importance in the concert of nations?

She still has a role to play. If we look at its demographic, economic size, comparable to the United Kingdom or Germany, even Italy or Spain, it is sometimes more important, but not to the point of measuring itself with China, for example. What remains of the Gaullian idea of ​​the weight and role of France on the world stage? Populisms on the right and on the left no longer share this concern for greatness. Their concerns and demands are limited to a narrow vision of France.

Since the Enlightenment and the Revolution, this country believes that it has a universal message to transmit. Can he still claim it?

On this point, it is important that the French and their governments pay attention. For example, French secularism is not easily exportable, as we have seen even in Turkey. There are other ways of settling disputes between religious communities. I have always been embarrassed by this claim to want to export your ideas, which is accompanied by a lack of interest in solutions from elsewhere.

What are its strengths and resources?

The prestige of French culture remains in part. The technological sector also impresses. I compare you to Japan, another imperial power of long ago, with 127 million inhabitants today, therefore twice the French population. A medium power which maintains its rank, notably through culture and technological research. There are other French assets, more ambiguous, such as the education system with its competitions, its grandes écoles. A system which is more inexpensive if we compare it to the exorbitant prices of the American system. So more democratic, more open. In science and mathematics, this country stands out. I saw it at the Collège de France. Physicists, biologists and mathematicians are open to the world. Yet another asset is your remarkable healthcare system. All of this presupposes active state support. Keep it or throw it out the window to replace it with the market in a neoliberal version? This is what is at stake in the current debate and the choices to come. Blind devotion to the market would jeopardize the survival of your model.

The public debate, in recent years, testifies to a feeling of downgrading. Is the country gradually breaking out of history?

No, not at all, but you have to take that feeling into account. France experienced an expansionist period in the heart of Europe. The affair was settled in 1815. Then this aim shifted to overseas. This cycle has come to an end. We are returning to the normal status of a country of 68 million inhabitants, which has a certain economic weight and has cultural assets. The idea that hangs over an empire to be rebuilt or reconquered, or its corollary, the lament for “French suicide”, seems unhealthy to me.

Doesn’t the country sometimes deceive itself about its image abroad?

It all depends on which France we are talking about. I frequented French aid workers in India a lot in the years 1980-1990. They understood that the influence of France could be more lively by setting up bakeries or pastry shops than by disserting at will on Napoleon III or Jules Ferry … The Greenpeace affair and more broadly Mururoa, with nuclear tests for example , have left traces abroad on a way of behaving without worrying about local rules, without respecting others. The country’s image has been damaged.

What is lacking in the academic influence of French researchers?

Accept the idea of ​​interacting with others. The world has changed. When I was a candidate for the Collège de France, tradition dictated that I visit a large number of professors to introduce myself. I was struck to note that the mathematicians and scientists were in contact with Indian collaborators, had visited India for their research. On the other hand, in the humanities and social sciences, this openness is rarer. It is a more closely nationalist sector.

France has long propagated a universal idea of ​​democracy. Today, this egalitarian principle is losing momentum in a majority of countries. Do we still have, in your opinion, a message of democratic reconquest to pass?

On this question, I remain mixed. It is neither the Second Empire nor the IIIe Chaotic republic that taught democracy to the world. What counted, for good and for bad, was obviously the Revolution, but the Bolsheviks and the Chinese Communist Party were also inspired by it with the tragic results that we know. I remember, in the 1990s, that France, invoking its relationship with Germany, came to explain to the Indians how to settle border problems and resolve the conflict with Pakistan. She wanted to teach each other. But the vision of tensions within the European Union calls into question this generous image. This ambition to want to preach in the world is not necessarily a very good idea. We see it with the Americans …

How to regain your rank with a language losing speed?

In the 1970s, Fernand Braudel could be invited to Johns Hopkins University in Baltimore. He demanded to give his lecture in French in front of a very large audience. The room was full. Today that would be impossible! At the same time, I am struck by the number of speakers in France and in Europe who speak very poor English. I had to sit on various committees of the European Community for juries responsible for deciding different projects. Many French people presented them, written in execrable English when nothing demanded it. Why choose this language when you don’t know it? Why give up your own language and contribute to devalue it? French, which knew how to export, can maintain its position and even, on several continents, begin a linguistic expansion, in particular in the Maghreb, in West Africa, in Latin America and also in the Indian Ocean, including in Asia. from the South East.

What are France’s faults and handicaps?

Its political system. He’s in crisis. And it shows. When you win an election, even with a considerable majority, you lose your legitimacy very quickly. Emmanuel Macron experiences it. Here is something that does not work. It is a problem with no easy solution. The question of immigration and integration too. Blaming immigrants, stigmatizing them without helping them understand the rules of the game is not, strategically, very smart. And the prevailing populism aggravates the difficulties. French secularism has become an inflexible principle. This question calls for more flexibility and finesse in thinking about solutions. We cannot continue to say “you are wrong” and “I am right”, before saying “now we are going to look for solutions”. Under these conditions, the exercise is doomed to failure. 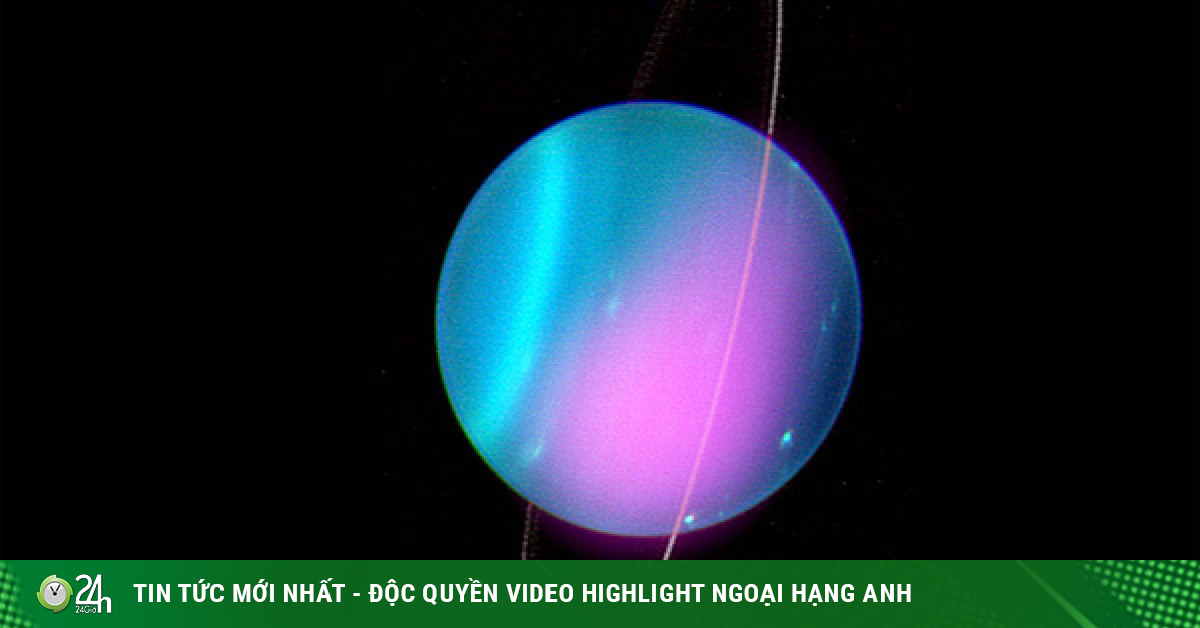