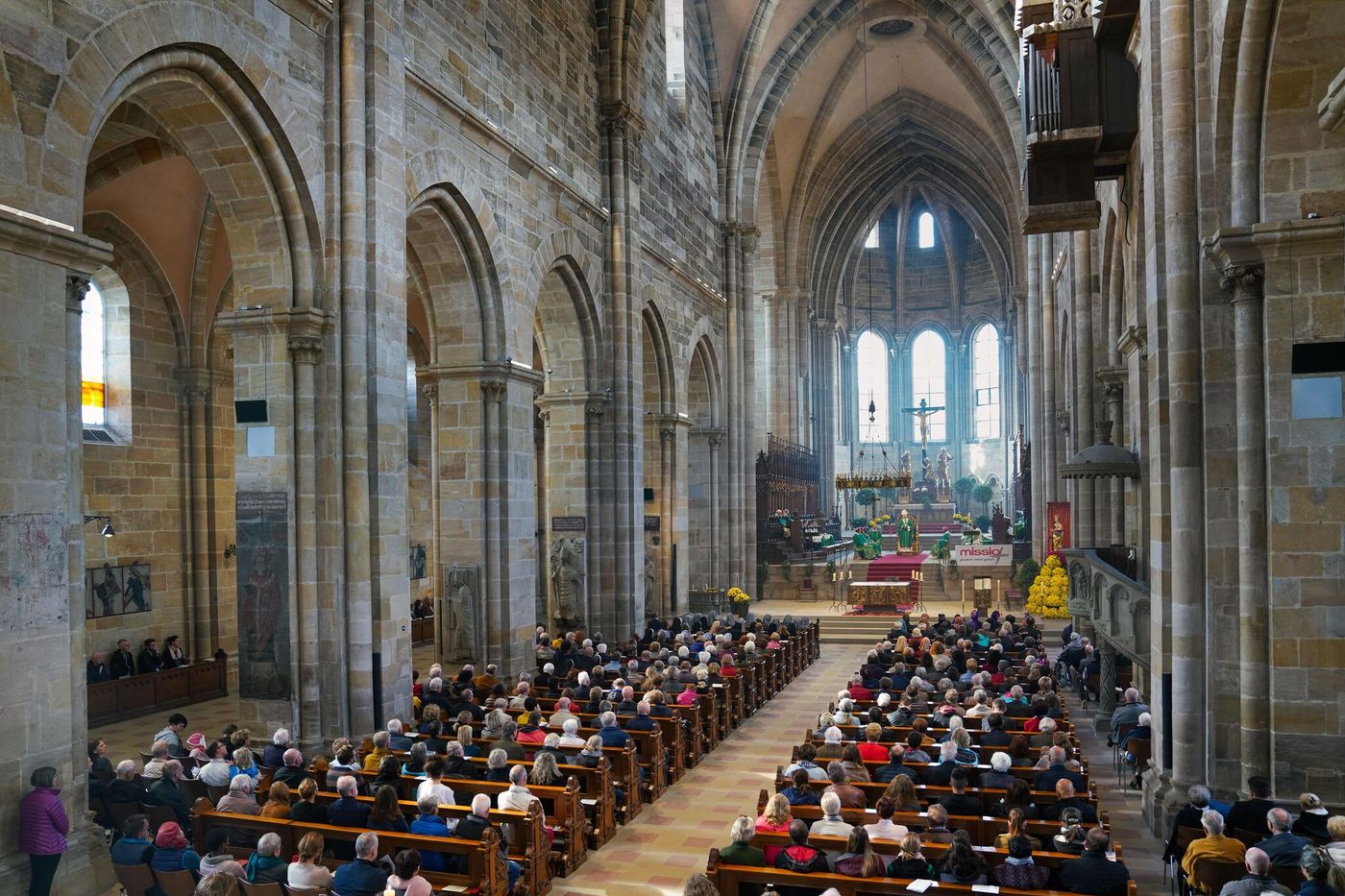 Father Marcus Wolf took out the registers of his Saint-Gangolf parish in Bamberg. Looking weary, he peels through the “Kirchenaustritt”, a procedure that allows him to be deleted from the baptismal registers. In 2019, 32 parishioners left. This year, they are already 21. “I myself have thought of leaving the Church, launches the priest, as if saying a banality. But I stayed. Partly to retain my parishioners. “

In Bamberg, a small town in northern Bavaria, renowned for being Catholic and conservative, the Saint-Pierre-et-Saint-Georges Cathedral, perched on its cobbled hill, overlooks the half-timbered houses of the medieval old town, a World Heritage Site of Unesco. Beer lovers and students of this university town come to quench their thirst at one of the 60 nearby breweries.

As everywhere in Germany, this thousand-year-old diocese where Catholics and Protestants live side by side has not yet recovered from the shock suffered three years ago. In September 2018, the so-called MHG study appeared, revealing the extent of sexual abuse in the Catholic Church. In the process, the German bishops, led by the fiery Cardinal Marx, announced the launch of a Synodal Way, which enters its third and penultimate phase on September 30.

Since January 2020, its participants have been led to discuss the future of the German Catholic Church through four themes: distribution of powers, place of women, priesthood today and sexual morality. While abroad, and in particular in the Vatican, the German Synodal Way worries, The cross went to Bamberg, 77,000 inhabitants, to understand this Church in Germany in the midst of the synodal process.

In this quiet diocese of Bavaria, the majority of Catholics seem to be in favor of this reflection on the Church, driven by the urgency of restoring confidence between the Church and her people, deeply damaged by the scandal of abuses. Primary objective: to survive.

In 2019, shortly after receiving the MHG study, the Diocese of Bamberg recorded a 50% increase in “Kirchenaustritt”. And more and more, committed Catholics are beginning to join the non-practicing in their plan to leave the Church. “That is an alarm signal”, alert Father Wolf.

“Think about the system that allowed the abuses”

In Erlangen, 40 kilometers south of Bamberg, the energetic Klaus Koschinsky still hopes that the Church in Germany will recover from this crisis. President of the parish council of the Herz Jesus church, this anesthetist represents the diocese of Bamberg at the Chemin synodal, with two bishops, a priest and another layman.

This committed Catholic says he is deeply hurt by the crisis of abuse. He too considered leaving the Church. He decided to stay, to change the institution from within. “The Synodal Way does not aim to make the revolution, but to reflect on the system which allowed the abuses and protected the guilty. We must identify the causes and ensure that this does not happen again ”, he explains.

Around him, this doctor observed a deep crisis of confidence in the Church. However, in a region where every Catholic pays the compulsory tax to the Church each month, being a believer… is expensive. ” How to give 8% of your income and trust an institution that allowed and protected these horrors? “, Klaus Koschinsky chokes.

This crisis of confidence is amplified by the lack of priests, a fortiori in a country where a certain number of educational and health structures are managed by the Catholic Church. Father Christoph Uttenreuther, representative of the diocese at the synod and pastor of the parish of Hallstadt, north of Bamberg, is responsible for five nursery schools in addition to his parish. Over the years, he has felt his ties to the laity crumble. “The priests are so busy that they no longer have direct contact with the faithful”, he confides quickly, before getting into his car to go celebrate a funeral.

It is in this context that German Catholics received, in March 2021, the note from the Congregation for the Doctrine of the Faith on the prohibition of blessings from homosexual couples. German priests organized it in reaction. In the Diocese of Bamberg, some parishes display rainbow banners. Although personally reserved about these blessings, “Which could be confused with Christian marriage”, Msgr. Herwig Gössl, Auxiliary Bishop of Bamberg, expresses his regret at the publication of the note in such a context.

Everywhere in Germany, and in particular in this diocese where Catholics and Protestants each represent 30% of the population, the proximity of churches resulting from the Reformation colors the thinking of Catholics. “When you have two Churches side by side, you cannot help wondering why women can officiate in one and not in the other”, observes Astrid Franssen, member of the Chemin synodal. Diocesan delegate for gender equality for the diocese of Bamberg, she encourages the presence of women in decision-making positions in the diocese – but without sacramental function. Like Father Uttenreuther, she is open to the idea of ​​seeing women baptize, preach or marry the faithful.

The fear of schism

Many foreign observers fear a schism with Rome, especially after the pope’s warnings about the German Synodal Path. In a letter from June 2019, Francis called on the Germans to focus more on evangelism. In November 2020, he made an allusion to Catholics on the synodal path who “Do not listen enough to the Holy Spirit”.

“No one on the Synodal Way wants a schism, assures Bishop Gössl. We want to re-establish dialogue. “ In fact, many Catholics believe the schism has already taken place. The conservative Maria 1.0 movement, created in May 2019 and bringing together around 3,000 women across Germany, does not hide its concerns.

“The Church cannot be changed with a snap of the fingers, insists its president Clara Steinbrecher, student of Eichstatt, a suffragan diocese of Bamberg. The political agenda of left-wing Catholics is imposed, under the guise of resolving the crisis of abuse. For us, the German Synodal Path is on the wrong track and is not a model for the synodal process of the universal Church. “

The need for dialogue

Despite the dissensions, Klaus Koschinsky wants to believe that dialogue is possible within the framework of the Synodal Path. “Around the table there are progressives, conservatives, and in the middle, there are abuses. Beyond our differences of point of view, the question is: and now, what do we do? ”

In the diocese of Bamberg, the conservatives seem to be in the minority: in the parishes, they are said to be present, but few in number and discreet. “Nationally, they make noise but they are less numerous than they seem”, says Christian Bauer, professor of practical theology at the University of Innsbrück in Austria and originally from Bavaria. He observes a “Tribalization of the conservative minority which tends, in reaction, to harden its positions and to refuse compromises”.

From the outside, the process gives the image of a German Church in turmoil. But on the spot, many are more pessimistic. Father Marcus Wolf struggles to restore hope to his parishioners. “They fear that Rome will reject the reform proposals of the Church in Germany altogether. Many were disappointed by the failure of the synod on the Amazon. “

Inspiring the Synod of the Universal Church

Dressed in a sweater bearing the effigy of the group of associations of young German Catholics, the head of the BDKJ for the diocese of Bamberg, Stefan Hofknecht, took the abuse crisis head on. His own parents are considering leaving the Church. At home, the debates are heated … which again questions him about his place in the institution. “These scandals have hurt the Church, but they have forced us to become more involved as lay people. “

→ TO READ. The preparation of the synod on synodality is launched

Ultimately, many hope that the German Church will serve as an inspiration for the Synod on Synodality, launched by the Pope on October 10. Christian Bauer wants to see in the Synodal Way a process of interior renewal: “Before evangelizing outwardly, the Church in Germany must evangelize itself, learn to be a creative minority. “

September 2018. Publication of the MHG study revealing the extent of the sexual abuse crisis in the German Church. This report is causing a shock wave among Catholics across the country.

March 2019. During their plenary assembly, the German bishops take the decision to launch a Synodal Path.

January 2020. The first Plenary Assembly of the Synodal Way brings together 230 bishops, priests, religious and laity from the ZdK (Central Committee of German Catholics) to reflect on the future of the Church in the country. 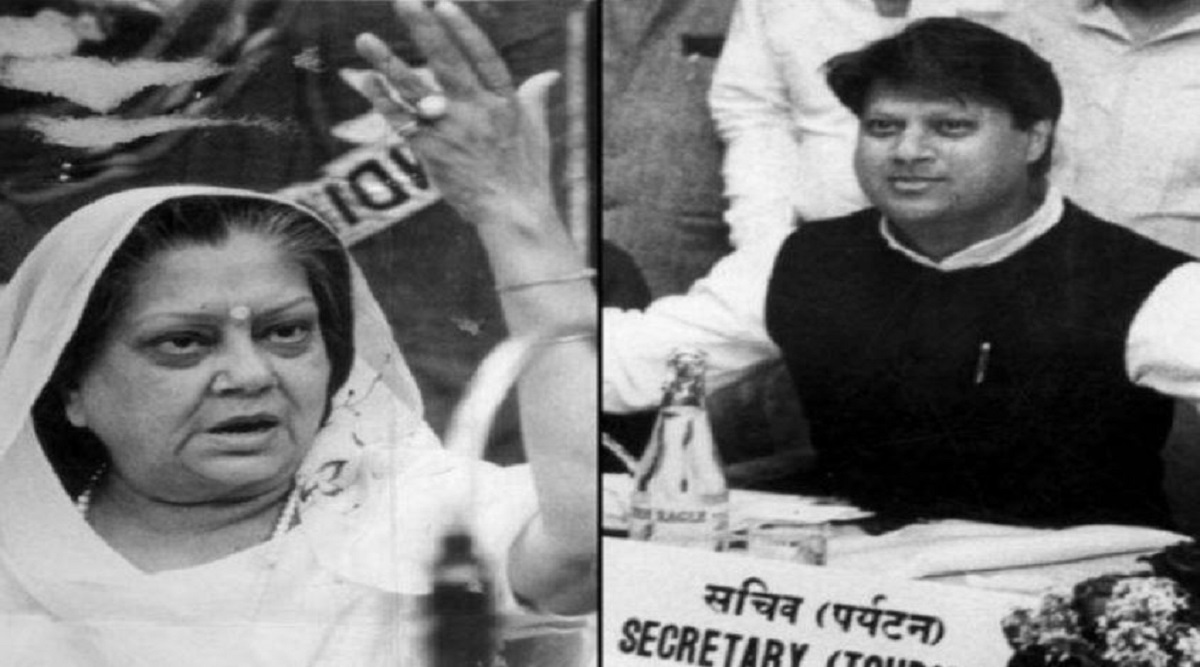