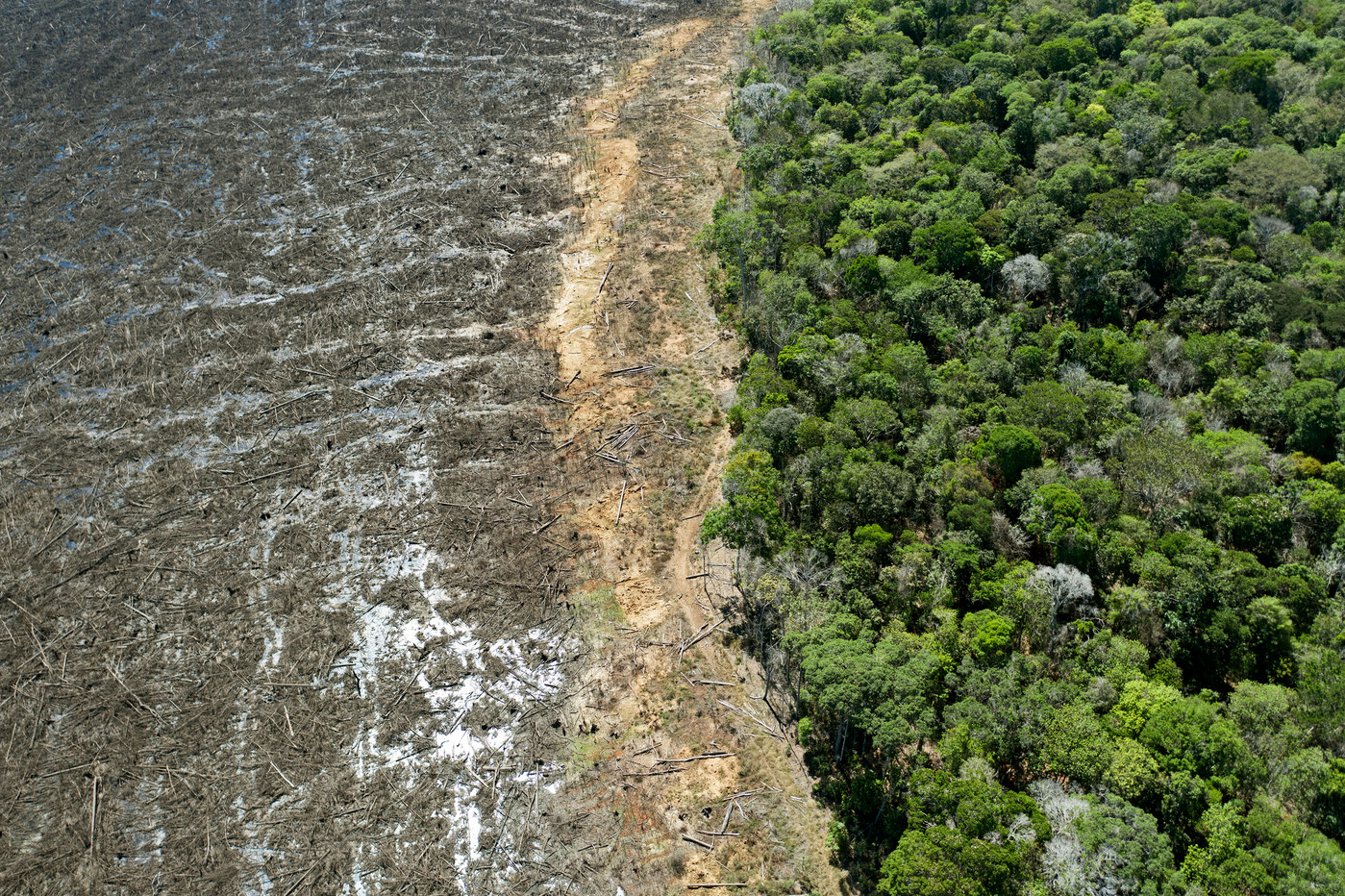 On paper, Brazil’s agricultural success cannot be discussed. This immense country – the fifth largest in the world, the first in Latin America, with more than 8.5 million square kilometers – is among the giants of the sector, ranking on the first step of producers of sugar, juice and orange, coffee, beef; in second place for soybeans; in third place for corn, poultry, pork.

→ MAINTENANCE. Hervé Le Bras: “The demographic explosion is behind us”

Since the turn of the century, agriculture, combined with the agri-food industry, has contributed, year in and year out, to a quarter of the national GDP and has been the main engine of Brazilian growth.

Agri-business in the spotlight

But this performance hides a paradox. The “World farm”, as Brazil is called, is unable to feed its own population. In 2017, there were 30% of Brazilians – or 60 million people – suffering from malnutrition.

“A situation which has worsened further with the Covid-19 crisis and a set of policies that have caused a dramatic increase in unemployment, poverty and the prices of basic foodstuffs such as rice and beans”, underlines Paulo Petersen, director of AS-PTA, NGO member of the National Agroecology Joint.

In question, “An agri-business entirely oriented towards exports, controlled by large owners and powerful companies, supported by a large part of the political world”, he accuses. “And ready to sacrifice everything for his interests. “ Men. Like the earth.

Because this success, built on ultra-productivist agriculture, has a colossal environmental cost. The massive use of chemicals – fertilizers and pesticides – to ensure high yields means that many producing regions are now faced with problems of loss of land fertility, pollution and soil degradation, causing a headlong rush into agriculture. deforestation of the Amazon.

An alarming state of affairs

Brazil is far from being the only country affected by this phenomenon. In 2018, the Intergovernmental Scientific and Political Platform on Biodiversity and Ecosystem Services (IPBES), equivalent to the climate “IPCC” for living things, established a very critical inventory on a global scale.

According to its experts, a third of the soil is “Moderately to highly degraded, therefore unusable for agriculture” and “Almost 60% in poor condition”. “If we do not act, more than 90% of soils could deteriorate by 2050”, alert, for its part, the FAO, United Nations organization for food and agriculture.

The causes of this predicted disaster are known. “If they can be natural, human responsibility, through deforestation, poor agricultural practices and urban expansion, to which are added the effects of climate change, amplifies the phenomenon in considerable proportions”, underlines Frédéric Feder, research director at the Center for International Cooperation in Agricultural Research for Development (CIRAD).

A rare and fragile resource

This accelerated degradation is all the more formidable as fertile land is counted: out of 15 billion hectares of emerged land, only 2.5 billion are more or less fertile, of which 1.6 billion are already exploited.

The available reserve is low and the resource fragile. “The soil is a thin layer of 60 cm on average resulting from a process of weathering of rocks which took tens of thousands of years. It is only reconstituted, roughly, at a rate of 5 mm per millennium. However, degradation is currently 10 to 100 times faster than the training time ”, specifies Daniel Nahon, professor emeritus at Aix-Marseille University (1).

→ ANALYSIS. Amazonia, a catastrophic but predictable intensification of fires

If we add the demographic variable to the equation, we get a potentially explosive formula. “The expected increase in the population to 9 billion people by 2050 will make the pressure almost unbearable, continues Daniel Nahon. It is considered that it takes between 2000 and 3000 m2 of arable land to feed a man. By mid-century, the available area per inhabitant will be no more than 200 m2. “

Redefining the relationship of man to nature

A perspective that Julien Demenois, researcher at CIRAD, invites to qualify. “Can the Earth feed 9 billion people? The answer is yes. Human pressure on resources is more a problem of mismanagement than demographic pressure. In the Brazilian Amazon, for example, support projects for actors to optimize the use of territories show that we can improve food security and restore land ”, he assures.

“But the answer cannot be only agronomic, emphasizes Daniel Nahon. What is at play behind the question of soils is the relationship of man to nature, which conditions the survival of one to the good health of the other. “

4 billion hectares, this is the estimate of global forest cover, or 30% of the total land area.

24 million hectares of forest disappeared in 2019 – the equivalent of three times Ireland – to agriculture, logging, industrial and urban development or as a result of forest fires. Half of this deforestation – including 3 million hectares of primary forests – concerned tropical forests in Latin America, Africa or Asia, which are particularly threatened.

18% of the Amazon rainforest was cleared in Brazil between 1985 and 2017, equivalent to the area of ​​metropolitan France. In 2019, the first year in office of far-right President Jair Bolsonaro, deforestation exceeded 10,000 km2, a record since 2008.