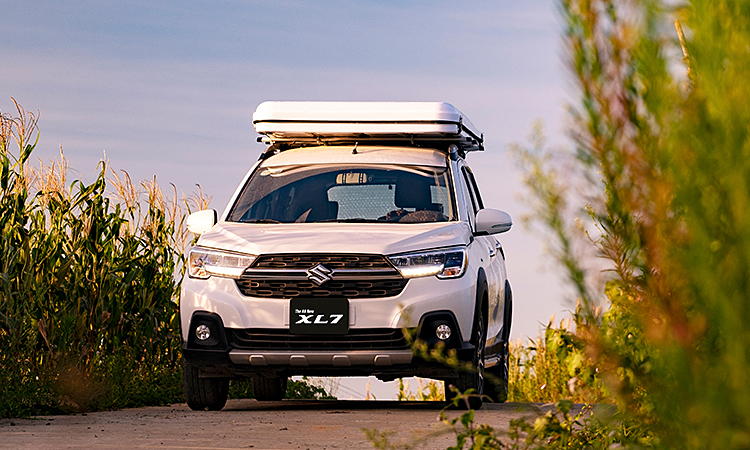 If you have about 600-700 million to buy a car, it is difficult to choose a car that is both soft and smooth when going on the street, and stable when running on the highway.

At this point, forcing you to choose between soft on the street, but bouncy on the highway or a bit stiff but firm and stable at high speed? For every need, there is a suitable car model. Duy Tuan (47 years old, Hanoi) once fell into such a situation when choosing a car.

Having used a sedan, wishing to change to a more versatile 7-seat family car, Mr. Tuan researched and offered many options, all of which are Japanese models of the same price range. One fine day about a year ago, the couple decided to go around Hanoi to test drive all 3 cars and then choose.

The first stop, he mostly liked, but his wife didn’t. Being a car sick person, she is very sensitive to the shock absorber system. Sitting in the car, she still feels like “giving everything out”. Tuan finds it true that the car is as soft as his old sedan, which always makes his wife car sick. Leave it there for now.

Second stop, this model is newer. Looking around, she immediately decided to “choose this one”. The reason is that I find this shock absorber is not as soft as the other one, so it goes quite firmly, without feeling drunk. That’s all you need.

A few days later, completing all the payment procedures, he returned to the dealership to receive the car.

It was a Suzuki showroom, he received the XL7

With the suspension system, if you set up a stiff shock absorber spring, the faster the shock absorber fork is, the more stable the car will be, not floating, helping the driver feel more secure and trust the steering wheel. Passengers traveling with them are comfortable, without motion sickness, especially when traveling on wavy roads like Thang Long Boulevard (Hanoi) or when changing lanes on highways. If you often carry a lot of people, a lot of things, the slightly stiff shock absorbers will come into play.

Duy Tuan said that on the road he drove evenly, politely, giving results only around 5 liters / 100 km, rarely up to 5.5 liters / 100 km. Meanwhile, the index that the manufacturer gives on the road is 5.47 liters / 100 km, which means that the actual driver is even more economical. If loaded full of people and luggage, the “eating” figure of Mr. Tuan’s car is 5.8 liters per 100 km.

To have such low fuel consumption, of course the tire or the driver’s driving style is just an auxiliary factor, the most important is still the engine. The machine can handle the problem of being big enough to carry 7 people and luggage, but still small enough to save fuel. Suzuki’s answer is a 1.5 VVT engine, 4-cylinder in line, combined with a 4-speed automatic transmission, capacity of 103 horsepower and torque of 138 Nm.

Absolute numbers may not be so important to many people because of the dry, confusing technique. But look at the power/weight ratio to see what the numbers mean. The XL7 has a power/weight ratio of 1/15.2 (hp/kg). This figure in another model in the same segment, with the same engine is 1 / 16.5, ie a horse power of 16.5 kg. This means, the XL7’s engine doesn’t have to work as hard as the competition.

“When overtaking, I pressed O/D and then stepped on the accelerator, XL7 passed other cars without difficulty,” said the 44-year-old electrical engineer.

O/D stands for Over Drive. When the driver presses this button, the transmission will only be limited to 3rd gear but not 4th gear, thereby increasing torque when stepping on the gas, making the car stronger to pass.

The XL7 has been attached to Duy Tuan’s family on many trips away and home every year.

So what pleases those who have spent money to buy? That’s because “the company has calculated every penny to create a useful car in the budget, not superfluous”, according to doctor Nguyen Thien (50 years old, Hanoi), who just bought it late last year. the first car in my life.

For Dr. Thien, spending nearly 700 million to roll a 7-seater car is something he never thought about, because he always thought that 7-seat cars must be billions of dollars, or as cheap as 800-900 million like Innova.

“If I don’t use it, I fold the 3rd row seats down to have a spacious storage space, my favorite is this item,” he shared.

As a doctor who always considers safety first, he appreciates the compact chassis, clear rear camera, stable and very “good” operation, enough for the driver to always own the car. Most importantly, the Endocrine Hospital doctor found the XL7 to be a family car. There is a spacious space where tall people can also sit in the last row, there are amenities enough for entertainment in the car, including Isofix child seat hooks, both a water glass cooler and a charging port, a storage box. Any row of seats will suffice. Instead of his own feelings, he chose the feeling of his family.

A car for the family, then 5, 10 or 20 criteria to choose from, does not seem to be as important as everyone has to be comfortable when getting in the car.

Will Duy Tuan be happy, if he buys a car that his wife has not opened the door, he wants to get drunk?

Accessories according to the vehicle equipped by the customer Content: Tuan Vu Design: