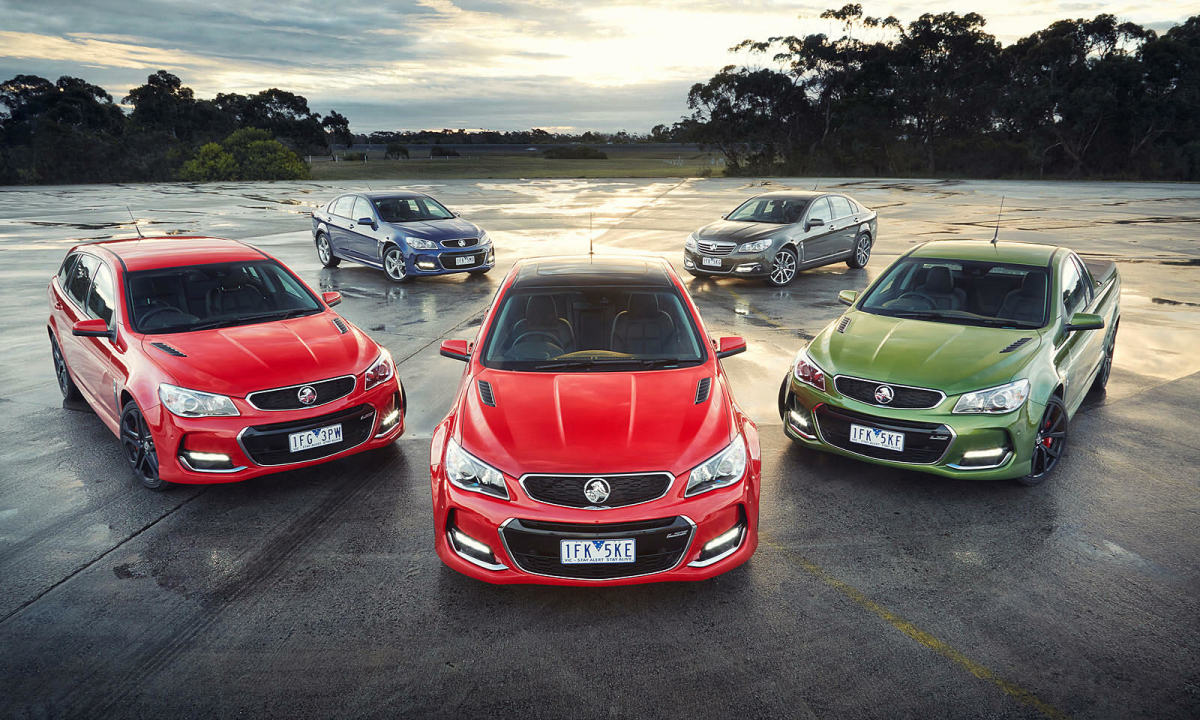 There are brands that were born decades ago, but have been beaten down by crises and competitors as if they never existed.

Was born in 2003 as a small division of parent company Toyota with the orientation of young customers. Essentially, the Scion brand offered compact vehicles at an affordable, stylish and distinctive price point. However, marketing to young people is difficult because young people often cannot afford a new car, even a relatively cheap car. Therefore, Toyota decided to kill Scion in 2016.

In 2007, the average age of a Scion customer was 39, well below Toyota’s 59-year-old average. However, that means the brand did not hit the original target. The brand’s best-selling car is the tC with the number of 418,235 units during 13 years of operation. The company’s second best-selling car is the Scion xB, which once caused a fever in the US. However, the xB is favored by luxury car buyers due to its low price, practical shape and useful interior.

The Hummer H1 was the first vehicle to hit the market in 1992 as a civilian version of the Humvee military vehicle. The car has a large, powerful design with a 5.7-liter gasoline or 6.5-liter diesel engine block.

After a few years, the H1 became a symbol of American arrogance and excess, because the car consumed a lot of fuel, while the price of gasoline increased, the high risk of investment made few customers choose. . But Hummer has tried to move forward with the smaller H2 and H3 models, however, a small Hummer is still ambitious and not enough to keep the brand alive.

Ultimately, General Motors (GM), which owns Hummer, attempted to sell the brand to a Chinese company as part of a bankruptcy settlement. This saved about 3,000 jobs for a while, but Chinese managers understood that Hummer’s “gas-guzzling” image was the cause of the death. The Hummer hasn’t been around since 2010, but recently, the Hummer was revived for a line of electric vehicles under the GMC brand.

Through a history spanning from 1945 to 2012, the Swedish car brand Saab is renowned for technical excellence in the premium car segment. The brand is stereotyped as the favorite car of the intelligent and sophisticated class. In the end, Saab did not exit the niche to maintain the main market. The brand was sold to GM in 2000, and eventually to Dutch car manufacturer Spyker.

However, Spyker didn’t do much, and Saab’s downfall came when a Chinese corporation was blocked from buying because GM objected to the transfer of technology and production rights to a Chinese company. When there are no other buyers, Saab is dead.

In 2012, a new Swedish company called National Electric Vehicle Sweden (NEVS) bought the bankrupt site and managed to get the Saab back into production in 2013. However, NEVS lost its license to use it. using the car name Saab because the parent company still uses the name for other parts.

In 1930, Ford created the Mercury sub-brand to fill the price gap between parent company Ford and the high-end Lincoln brand. Mercury competed with car manufacturers of the time such as DeSoto, Hudson and Studebaker, but Mercury had a higher lifeline than the competition. The brand peaked in the 1950s as the sixth most popular brand in America. However, the decline of the late 1950s affected Mercury, forcing the brand to enter the compact car segment. In the 1970s, the company focused less on sports cars and more on luxury cars, but “land yachts” like the Grand Marquis with its 7.5-liter V8 had no place in the fuel crisis. Whether.

In the 1980s, however, the crises began to recede. Mercury modernized and in the 1990s the brand promised high sales of the Mercury Villager pickup truck in 1993. But as brands like Acura and Lexus began to gain traction in the US, the company The company has seen a drop in sales. As Mercury entered the 2000s, it wanted to appeal to younger buyers by bringing the Marauder back to compete with the Chevrolet Impala SS. However, venturing into advertising to attract female customers and improve visibility has failed.

In 2010, Ford announced the death of Mercury to focus on Ford and Lincoln. In its final year, Mercury accounted for only 1% of total sales in the US and was able to sell only 93,000 vehicles.

The Saturn brand is an ambitious project for GM. Launched as a “different kind of car company” in 1990 with its own unique models and cheaply built factory in Spring Hill, Tennessee. Considered a privately owned, employee-owned company, has its own dealer network and competes with the Japanese vehicles that dominate the compact car market. It was a promising brand when sales were decent, but not as successful as expected.

Even so, Saturn kept pushing, even expanding into the Japanese market. However, the first launch coincided with the global recession of the 1990s. The emergence of Saturn began just as the real estate and stock market bubbles began to burst in Japan. Still, it’s an ambitious project that manages to both over-reach and potentially suck out sales of vehicles from other GM divisions. In 2004, Saturn’s operations were integrated into GM, and in 2008, GM decided to sell, merge or close Saturn with Potiac, Hummer and Saab so that it could focus on core brands such as Chevrolet, Buick, Cadillac and GMC. Just two years later, GM announced the death of Saturn.

The story of Pontiac is a story of riches and returns. In 1925, Pontiac started as a brand in GM’s split, oriented above Chevrolet, but under Oldsmobile, Buick, and Cadillac. Pontiac quickly overcame the forgotten Oakland brand and became a division of its own. For decades, Pontiac sold nicely, then the 1960s were abuzz.

John DeLorean pushed the Y-body platform to help split the weight from front to back by almost 50/50. The most successful of the first Y-body cars was the Tempest, and in 1963, along with LeMans, the car was ordered with a 326 V8 engine from GM. Since then, DeLorean became Pontiac’s chief engineer while Pete Estes became general manager, and Pontiac’s dream was to become a powerful manufacturer of performance cars. The GTO was introduced in 1963, and Pontiac is known for its bold and powerful muscle cars. It wasn’t until the 1960s and early 1970s that high insurance costs, emissions, and safety regulations began to pressure the performance car market. This caused the decline of Pontiac, and in 1976 the downsizing of production began in earnest. Pontiac died in 2010 after 95 years of existence.

For many Australia and New Zealand, Holden is an iconic “homegrown” brand, one that regularly competes with Ford and wins. Originally in 1856, Holden started out as a saddle manufacturer in South Australia, but the owners switched to car manufacturing in 1908. General Motors bought the company in 1931, and with an investment As a major investment, Holden dominated the car market throughout the 1950s. In the 1960s, the company began to put V8 engines in cars, and one of its most famous brands – Monaro – was born. Holden products are reliable and affordable cars, but muscle sedans are celebrated the most. The Commodore, launched in 1978, was a bestseller and came in different and more expensive versions.

In the 2000s, Holden began to lose ground. However, not for Ford. Toyota has “eaten” market share when Holden produces rebadge cars of other GM brands around the world. In addition, the strong Australian currency affected export profits and workers had to be laid off. Things were going downhill and by 2012, the Australian government was forced to support Holden $ 270 million.

However, that did not help Holden much, the brand could not get more capital and lost more workers. Holden looked to Opel in Europe for models to produce, after which the brand lost its ability to produce, suffered, and imported GM vehicles worldwide. In February 2020, GM announced that Holden would be shutting down. 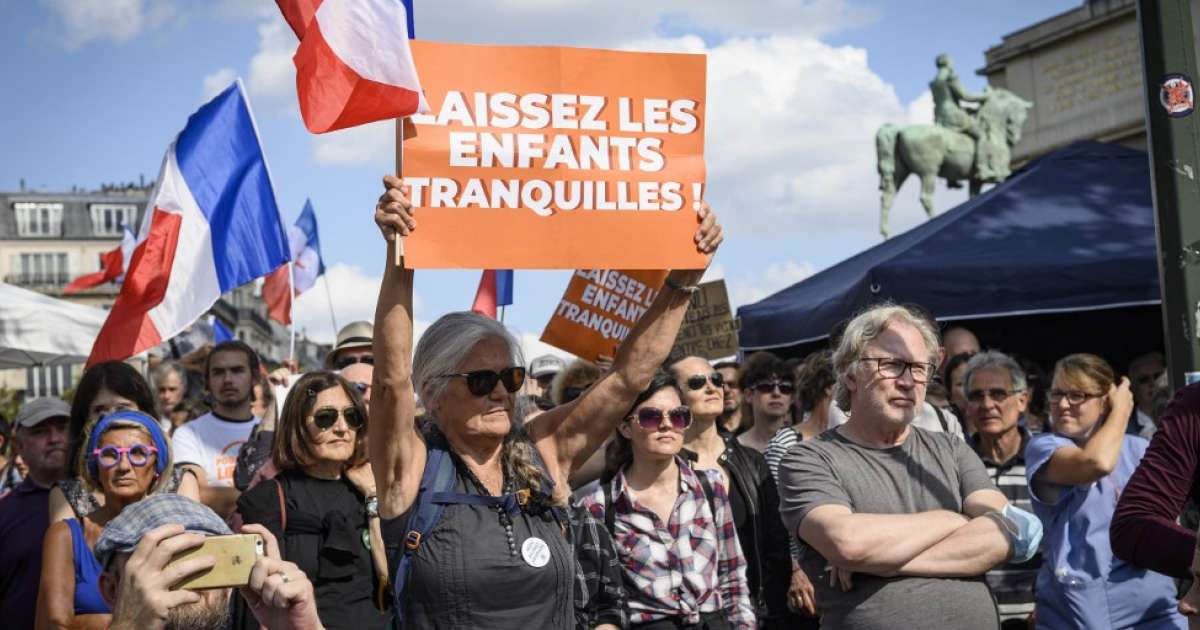