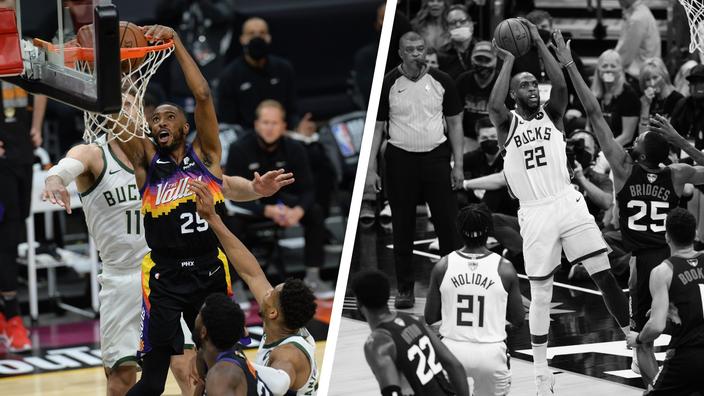 Abandoned by his lieutenants, the “Greek Freak” could not do anything against the fury of Devin Booker, Mikal Bridges and company. The Tops and Flops of Game 2 of the NBA Finals, won by Phoenix (118-108).

Giannis too powerful … and too alone
Uncertain before the first match and necessarily diminished after a hyperextension of the left knee, Giannis Antetokounmpo gave the change during Game 2. It was the Greek double MVP who kept his family alive in the third quarter, scoring 20 of his 42 points. Never seen in the NBA Finals since Michael Jordan’s 22 points in a quarter-time in 1993, against… Phoenix. Unstoppable on the way to the circle (15/22 on shots), not too bad on throws (11/18, despite the mockery of the Phoenix public), even a success from afar (5 attempts): the “Greek Freak” did the job despite its physical limitations at the time. And even better than that. An XXL performance, with 12 rebounds, 4 assists, 1 interception and 3 blocks in 40 minutes. He was just too lonely this time. Good news: there will now be three days between each match. More time to allow him to recover.

Devin Booker and the insolent address of the Suns
The Suns brought rain to the Milwaukee defense. Boiling from the start behind the arc, the players of Monty Williams finished with a sparkling 50% from distance (20/40). Unplayable. This is the statistics of the match. And in this area, one man has done even more harm than the others: Devin Booker. Not very happy in terms of address before rest (4/12), the back of Phoenix finished with 31 points, and 5 rebounds-6 bonus assists, converting 7 of his 12 shots to 3 points. Above all, he returned shots at important times, like in the last quarter, just to put the lid on. Evening MVP.

Chris Paul as a firefighter on duty
Less flamboyant than in the first round, Chris Paul however perfectly assumed his role as boss. 23 points, 3/5 away and 8 assists for “CP3”, who is playing the NBA Finals for the very first time at 36 and in his 16th season with the Association. At its speed, 6 bullet losses. To his credit, it got out of the box every time the Suns boat rocked a bit. There with a basket in the form of air conditioning, here with an assist, or even simply being calm with the ball. Taulier.

Mikal Bridges, the X factor
We were expecting Devin Booker and Chris Paul. A little less Mikal Bridges. And yet … The 24-year-old former Villanova played a full, complete game on both sides of the pitch. 27 points at 8/15 on shots and 8/8 on throws, 7 rebounds. Precious. “We need that, it puts pressure on everyone,” Booker analyzes, about the contribution of “role-players” in general, and Bridges in particular. And to add: “He has a difficult mission in defense, he who must keep Khris Middleton or the most dynamic opposing scorer. Anything he can give offensively helps us a lot. ” 27 points, a career record for him.

Read also :NBA Finals: carried by an evil address, the Suns make the break against Milwaukee

Khris Middleton must do (much) better
If the Bucks were to turn the tide and clinch their second title, after 1971, it would be with a good Khris Middleton. In the tough in the first period and much better after the rest in the first game, the future member of the American Olympic team (like Booker and Holiday) did not experience such a rebound this time. 11 small points at 5/16 on shots, a pair of ball losses and especially a nasty -15 +/-. Defensively, he also took the broth. 6 rebounds, 8 assists and 2 steals to lighten the score.

Jrue Holiday can’t do it
Already below in the first game, Jrue Holiday continued to water in abundance during Game 2, at the Phoenix Suns Arena. The worst part is that the Milwaukee point guard missed a lot of seemingly easy shots. Soaring confidence. We saw him raise his voice, especially in impact and defense, over the course of the meeting. But the account is not there. 17 points, 5 rebounds, 7 assists, 2 steals and 2 blocks all the same, but a small 7/21 on shots.

DeAndre Ayton less sovereign
After his XXL performance of Game 1, DeAndre Ayton suffered more. Admittedly, it ends with a +/- largely in the positive (+10) and with a line of stats a priori tempting (10 pts, 11 rbs, 4 wt, 3 ints, 2 cos), but it only entered 4 of his 10 shots. Above all, he suffered defensively. And it was the Suns who took the tide in the rack, with 54 points in the paint for Antetokounmpo and his team. His offensive rebound at the very end of the game is so good for Phoenix that this inclusion in the “Flops” is almost hard. 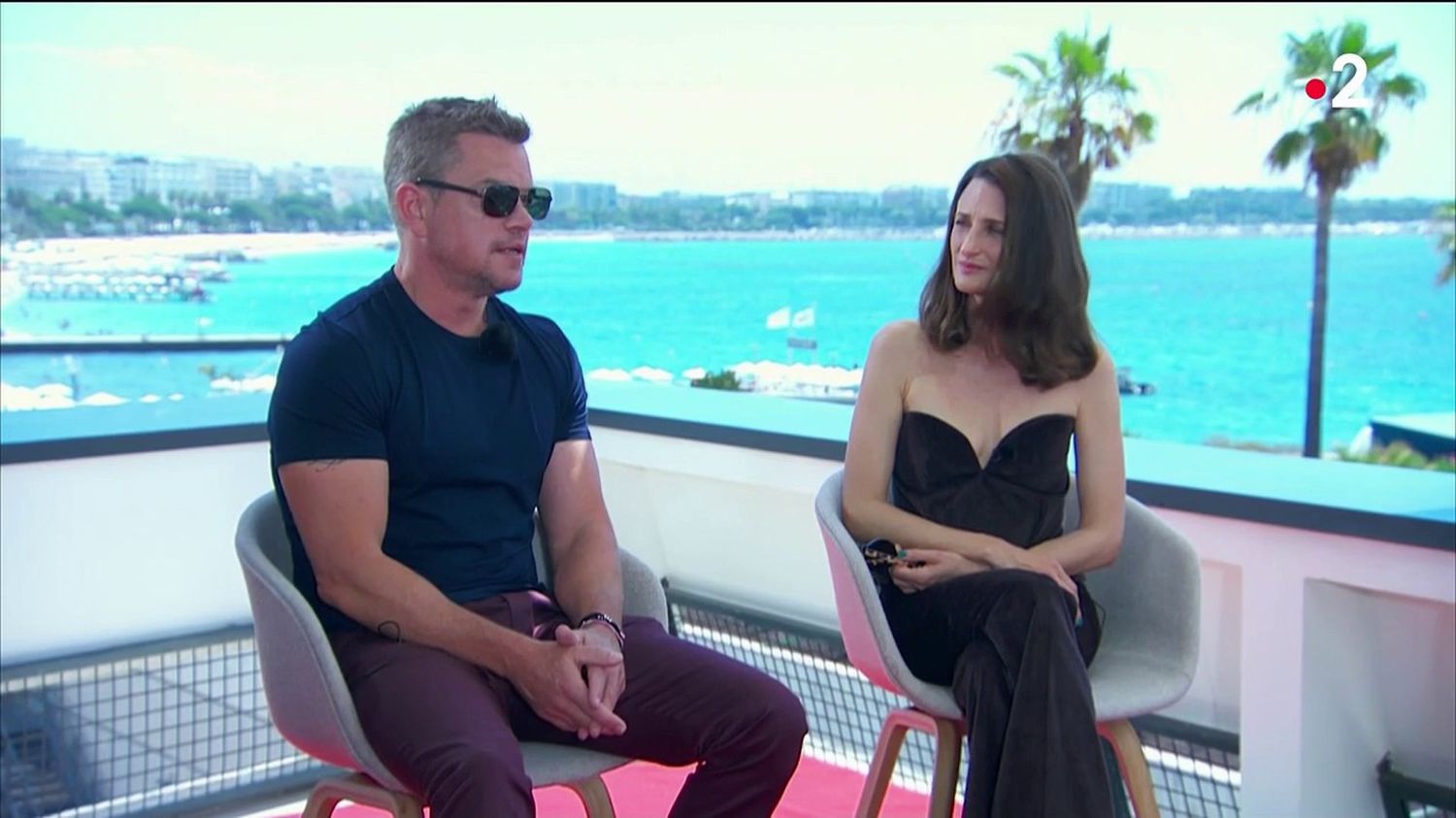