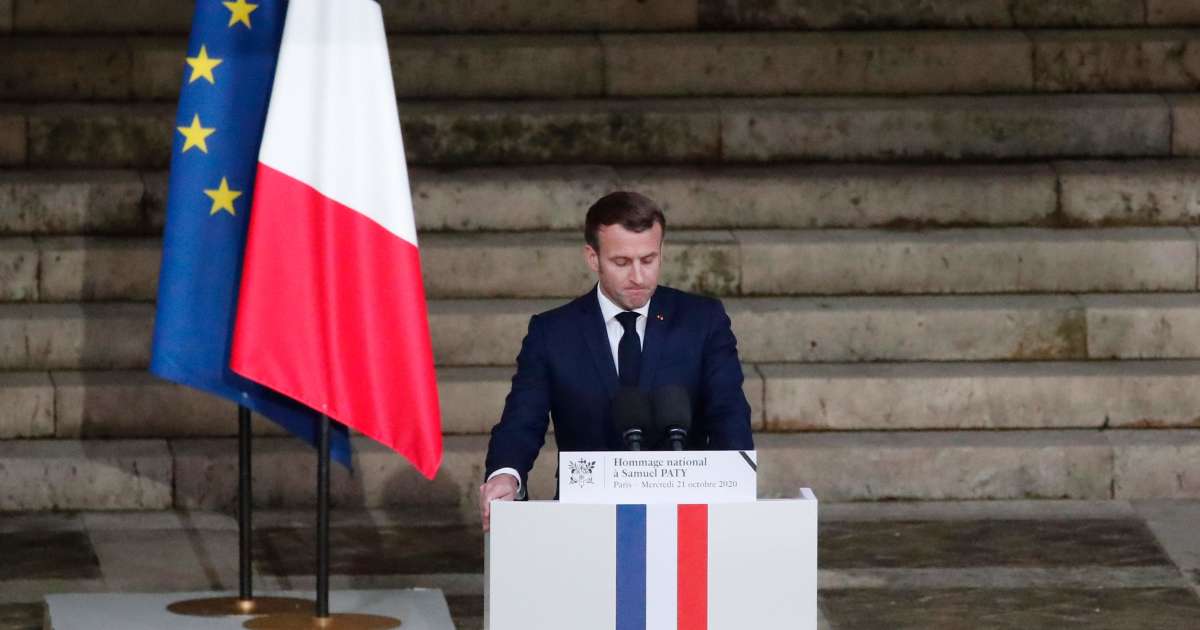 
The mission was almost impossible. Reassure a country in a state of bewilderment in a few minutes, before the 8 pm TV news. In the courtyard of the Sorbonne, Emmanuel Macron, his throat tight, tried to play the fathers of the Nation, speaking exclusively to the family of Samuel Paty. On the verge of tears, he was not a President of the Republic but a citizen brother, a former student of the Amiens high school, become a statesman overwhelmed by the abject, by the unthinkable, seeking to comfort everything by calling never to give up again in front of this new totalitarianism which has plagued the nation for three decades.

So, the words come back in a loop, always the same, freedom of expression, knowledge, strength of secular teaching, love of our teachers, quoting the letter from Jean Jaurès to the teachers of the Third Republic, at the end of the 19th century. . Between the statues of Victor Hugo and Louis Pasteur, after having listened to “One”, the song of U2, one of Samuel Pasty’s favorite groups, the Head of State did not make Emmanuel Macron. Phew! The pupil Macron obtained the mention Bien. No bombast, no excess of zeal, no pharaminous speech, but sober, square, martial, short, serious. With, at the bottom, a single message: ” No pasaran! », Formula of the Spanish Republicans fighting against fascism, which he did not use, of course, but which he thought forcefully. ” No pasaran “, In his words, became” We will continue ! In a few words, continue the fight of the Enlightenment philosophers against obscurantism, against this barbarism that arose from the dawn of time, parachuted into the heart of our cities. So the message, of course, went to all the teachers in the country, called to tirelessly pursue the most beautiful profession in the world, that of forming citizens, through knowledge, exchange, respect for others. .

“Samuel Paty has become the face of the Republic”: Macron pays tribute to the murdered teacher

The metamorphosis of a president

Words ? The dashing and often annoying “whipper” at the start of his mandate did not bulge the torso, did not have a sleeve effect, or launched empty formulas. The assassination of Samuel Paty has visibly aged him by ten years. By launching into the race for the presidential election, the tenant of the Elysee Palace had not imagined living a mandate so violent, so painful. He dreamed of bringing France into the world of the twenty-first century, that of Artificial Intelligence and now the Middle Ages arose in the heart of our schools, our streets, seeming to revive our religious wars, those of the time by Henri IV, from Saint-Barthélemy. VIDEO. The five highlights of the tribute ceremony to Samuel Paty

Cruel paradox experienced by this staunch defender of 5G, of the speed of information, of digital networks, trapped by these same virtual networks, large carriers, without control, of hatred, of death, of medieval thoughts. There was, in this courtyard steeped in the history of the Sorbonne, in the eyes of this President, a form of dismay. Like a doubt. So, then, would modernity not always be synonymous with human progress, the development of knowledge, of bringing people together? This terrible and fatal return of the Old World, not that of François Hollande or Nicolas Sarkozy, of the PS or LR, but that, more distant, more antediluvian, of the barbarian sects, of the Huns or of the Visigoths, of these conquerors using terror as an absolute weapon of domination and taking possession of territories. This look, a little lost, also expressed his determination not to give in to this obscurantist wave. The next few days will teach us a lot about the metamorphosis of a perky and carefree President who has become, through the cruelty of the times, a potential candidate for the rescue of the nation. A great statesman? 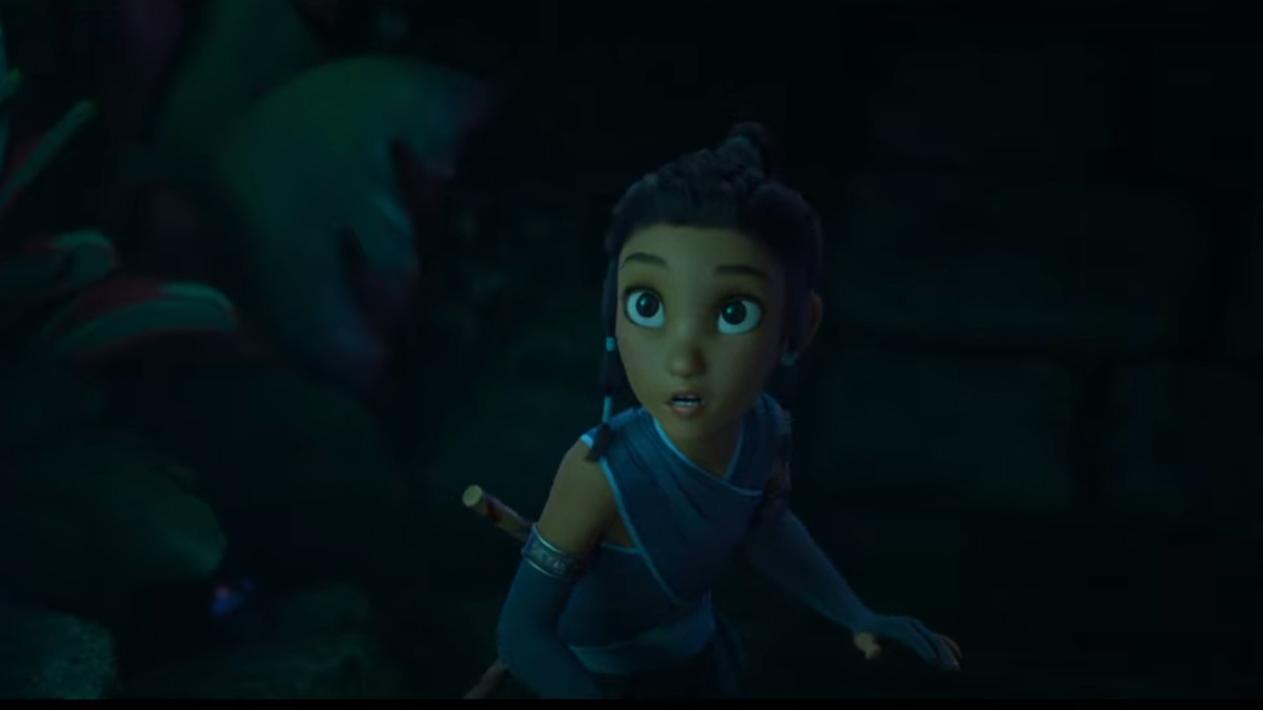 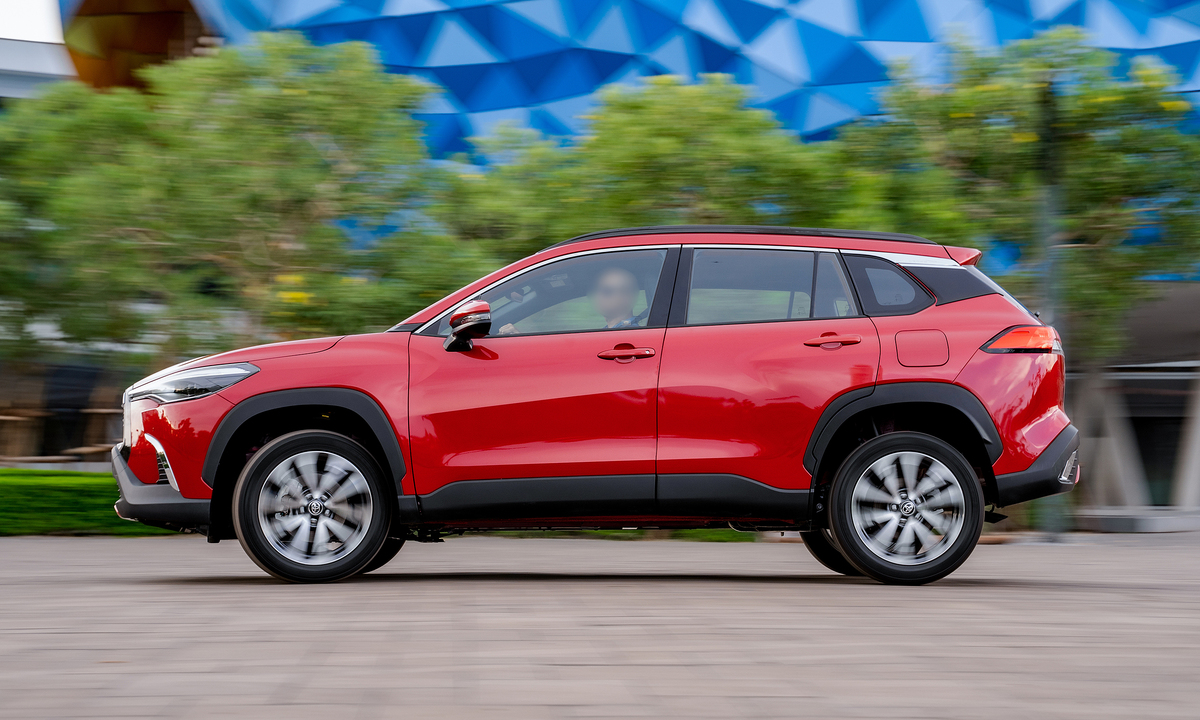