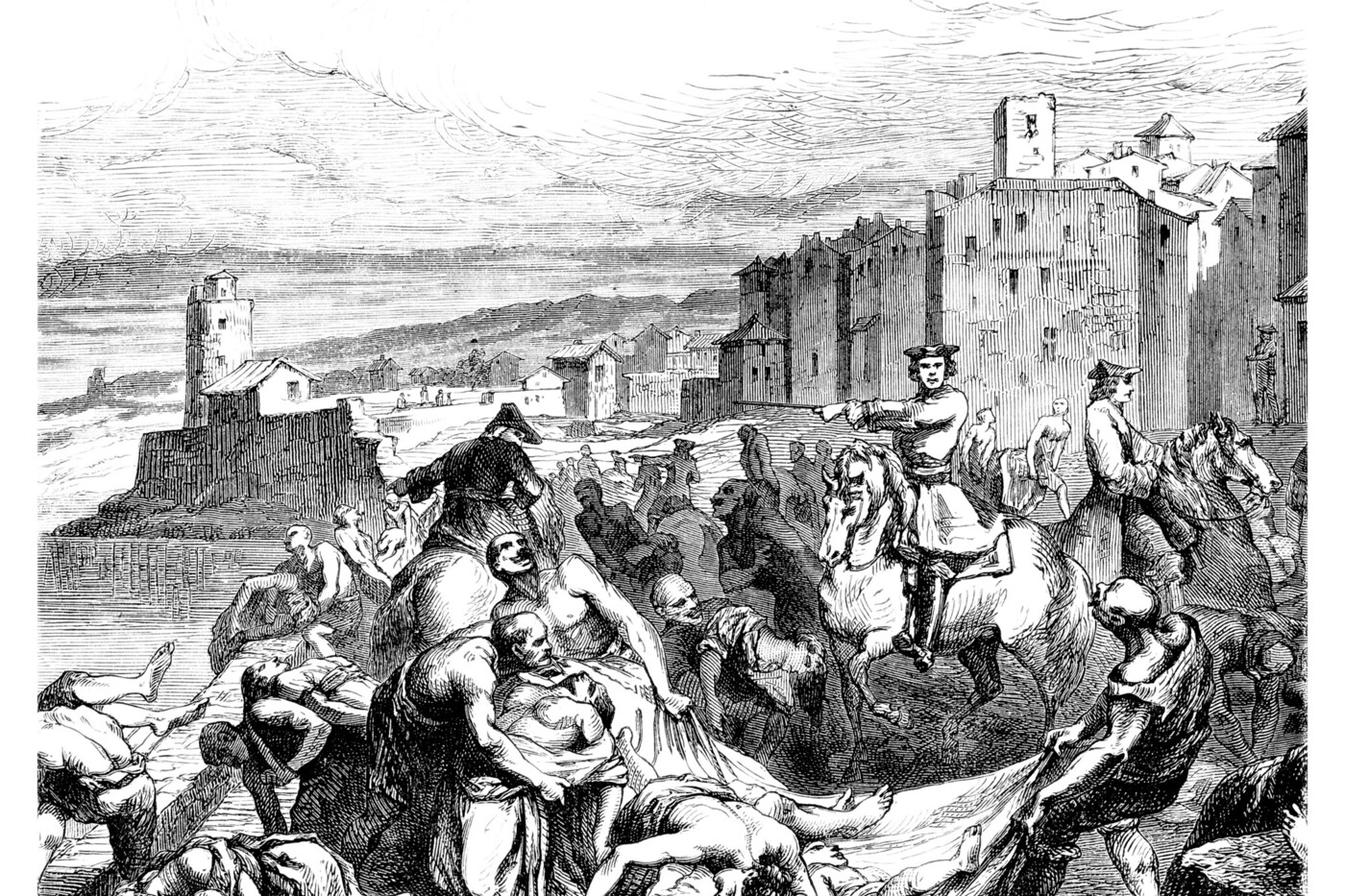 For a year, we read a lot Plague. To understand what is happening to us, the pandemic, the confinements, the deprivation of liberties. In the aftermath of World War II, Albert Camus told of an epidemic in Oran, Algeria, then a French colony, the reactions of each other, cowardice, selfishness, but also mutual aid, generosity. For him, the plague was an allegory of war, evil and the human condition in general: “ Plagues are a common thing, he announces at the beginning, but it is difficult to believe in plagues when they fall on your head. There have been as many pestilences in the world as there have been wars. And yet plagues and wars find people still so destitute. “

Under the guise of the plague, he spoke of the Occupation, of collaboration and of resistance. “ The Plague has a social meaning and a metaphysical meaning. It is exactly the same “, he noted in his notebook. “ We say: he does not care like a fly – and that does not speak. But let’s watch the flies die, stuck on their paper – the one that’s made for them – and we understand that the inventor of the formula has long contemplated this awful and insignificant agony – this slow death that will hardly give off a little smell of putrefaction. “

→ READ. Camus, the pandemic and freedoms, a conference between France and Iraq

Our current use of Plague, let us say it at the outset, seems paradoxical. When it appeared in 1947, the novel was attacked by supporters of committed literature, close to Sartre, such as Simone de Beauvoir, Francis Jeanson or Roland Barthes. They accuse Camus of confusing history and nature, of falsifying a historical catastrophe, war, by presenting it as a natural disease. The novel describes a “Private world of History », Judge Barthes. Camus defends a “Ethics of friendship”, not a political philosophy. Sympathy qualifies a “World of friends, not of activists”, that is to say of subjects reduced to their solitude in the face of the challenges of history. Separation, exile, fear are the key words of the novel. Jeanson denounces the “Red Cross ethics” by Camus, whose “Conception of history amounts to suppressing it as such”.

Gold “ evil sometimes has a human face, and this, the Plague does not say “, wrote Barthes again. “Defending themselves from men, being their executioner so as not to be their victim, everything begins where the Plague is no longer just the Plague, but the image of an evil in human face. “ In short, evil is the work of men, not of nature. To fight it, you have to get involved, militate, resist, fight against other men. We are not flies: to do evil with fly paper denies that evil is done by men.

Reading Plague today, in the midst of a pandemic, are we mistaken about the meaning of the work? We would take it in the first degree, like the simple chronicle of an epidemic, illustrating the heroism of Doctor Rieux and Tarrou, who fight together and become friends, the baseness of Cottard, who grows rich on the backs of dying, the conversion of Rambert, who seeks to flee Oran before taking action alongside Rieux and Tarrou. We would only see in it the fable of a victorious fight against a contagious disease.

No, we are not wrong, because times have changed, and what we have realized is that natural evil is also human, historical, man-made evil. In the Anthropocene, as they say, the virus is not a natural fatality, and we no longer oppose nature and history like Sartre and Barthes in the middle of the XXe century. The pandemic has a human face. It has spread throughout the world we have created, a consumer of nature, global in the sense of catastrophe theory, when a bat virus travels by plane and brings the whole earth to a halt.

→ MAINTENANCE. “A fraternal author who touches the universal”

Even if we did not fail to point out all the absent from Camus’ novel: the women, none of whom is in the foreground or even in the second, the Arabs, as the Algerian writer Mouloud Feraoun pointed out, or the Jews, who represented 10% of the population of Oran, we do not misunderstand by reading Plague as an allegory of our condition, because “No one will ever be free as long as there are plagues”, wars and all kinds of plagues.