The world is witnessing a shift from inherited wealth to personal wealth, and rich people are also gradually changing the definition of luxury cars.

As high-end customers gradually rejuvenate and walk on their own, what they see in luxury cars is no longer just expensive materials or excessive sophistication.

120 years ago, every car was a luxury item because it was completely handmade. In 1908, thanks to the production method of the line, Ford Motor’s Model T appeared for only $ 850 (equivalent to 24,000 USD in today’s exchange rate), making cars popular, the world changed forever. forever.

But even as the chain revolution overshadowed the global auto industry and quickly spread to every other industry, luxury automakers have always sought to separate themselves from the crowd to retain wealthy customers. Yes.

A century of animal skins, precious woods, metals and performance

Even without a special request from the super-rich for the bespoke programme, every Rolls-Royce is essentially a symphony of premium walnut, velvety fleece and flawless cowhide. defect. The powerful customers of the early 20th century did not have many technological options to enjoy other than taking care of the existing materials in the car. Similar lines appear on Maybach, Bentley creates a noble trio in the dawn of driver civilization.

As customers with money became more polarized, supercar companies were born. Names like Ferrari, Lamborghini, Bugatti are very expensive, the price is no less than super luxury but the space in them has never been comfortable, because what they need is speed, everything else can be compromised.

One step below the super-luxury class, traditional luxury brands pursue high-income customers, balancing price and comfort for everyday use, but without turning each car into a fortune on the street.

Their broader businesses allow them to pioneer the use of technology to improve car performance. Luxury cars rarely only make enough capacity. On luxury cars, manufacturers also use more advanced materials than usual, but not so much that they are completely handcrafted at a price that is hard to reach for the super-luxury class. Very few areas appear plastic, instead there are high-quality leather, aluminum and chrome that are cool to the touch.

About 10-20 years ago, when the world entered the 20th century, the era of the internet boom, it was also the time when luxury cars were represented by another mark. Once upon a time, if you saw any car that used a digital infotainment system, a multi-color screen like a graphic work, it was a luxury car.

But then the development of science and technology made things only found in luxury cars gradually appear on popular cars. The standards of luxury cars are becoming increasingly vague and difficult to explain. Brands seek to pack as much of their cars as possible, and when a company makes its products more expensive at retail, it’s more acceptable to call it a luxury car.

In general, a luxury car will have a “recognized luxury car” brand, high-quality interior, high price, many comfort and safety technologies.

A brand that is recognized as a luxury car is very important. In the past, few people thought that Mercedes or Land Rover would make small cars like the A-class or Range Rover Evoque, because those are luxury automakers that make mid-size and larger models. But then people still recognize the A-class, Evoque is an absolute luxury car, although to save costs, many things have to be cut or downgraded.

In the opposite direction, Kia makes the K900 (K9) with high quality materials, sleek design, and many technologies that, if brought to the table, are not inferior to German automakers. But the Korean automaker is still scratching, peeling, and delaying to reach American customers, who have no idea that Kia can make a luxury car. Just like that, brother Hyundai also had the same problem, so that its own brand Genesis was born to create another mark in the minds of customers. That, Hyundai is not a luxury car, but Genesis can.

The idea that the race for interior comfort will be long and fierce, but in fact, the world of luxury cars has moved. When environmental problems are increasingly alarming, petrol and diesel vehicles are no longer welcome by governments, it is time for electrification and sustainable development to take the throne.

Tesla was born late compared to the oldest “seniors” a century, but forced the industry to turn. Even though the interior is made of ordinary materials, customers still accept purse hooks. And now Tesla has shared wheels with German luxury car brands.

What makes Tesla successful? The key lies in the technology and manufacturing philosophy. The new generation of rich and young people need communication space and minimalism rather than excess luxuries. Physical buttons become out of place for Gen Z customers. Studies also show that they care more about the environment than their ancestors. The important line between a popular car and a luxury car is more fragile than ever in the eyes of a new class of customers. For them, there must be something sustainable to call a luxury car.

The interior of the Volvo C40 is created from recycled materials such as PET bottles or is sustainably bio-sourced from the forest. Even textiles are transformed from wine corks. The Swedish automaker has set a target that by 2025, 25% of the materials in every Volvo will be recycled and of biological origin. It also recommends direct suppliers to use 100% renewable energy in the same year.

If you stick to the old definition from the last century of genuine leather seats, it is difficult to name the Volvo brand. But in fact, the company is being accepted globally, the factory cannot keep up with the needs of customers, as a luxury car company that cares about safety and sustainable development, things that are trendy.

But safety, is still not the highest thing that this company is aiming for. In a video released in April on the topic of “what is the best safety test”, a series of tests were given such as a frontal crash, a side crash, a drop from a height of 30 meters. All of them are not. The company’s answer, climate change is the best test. It is the safety of life on earth, the safety of future generations.

In short, the luxury car world needs two things to be safe. One, occupant safety, is what exists, from three-point seat belts, to radar collision avoidance technologies. Two, as Volvo has suggested, is the safety of future generations, by protecting the environment in which we live.

COP26 ends with a series of commitments to carbon control by 2050. That means that the luxury carmakers themselves have about 30 years left to continue to lead innovation or be overwhelmed by new but preferable rivals. Faster response than pass. 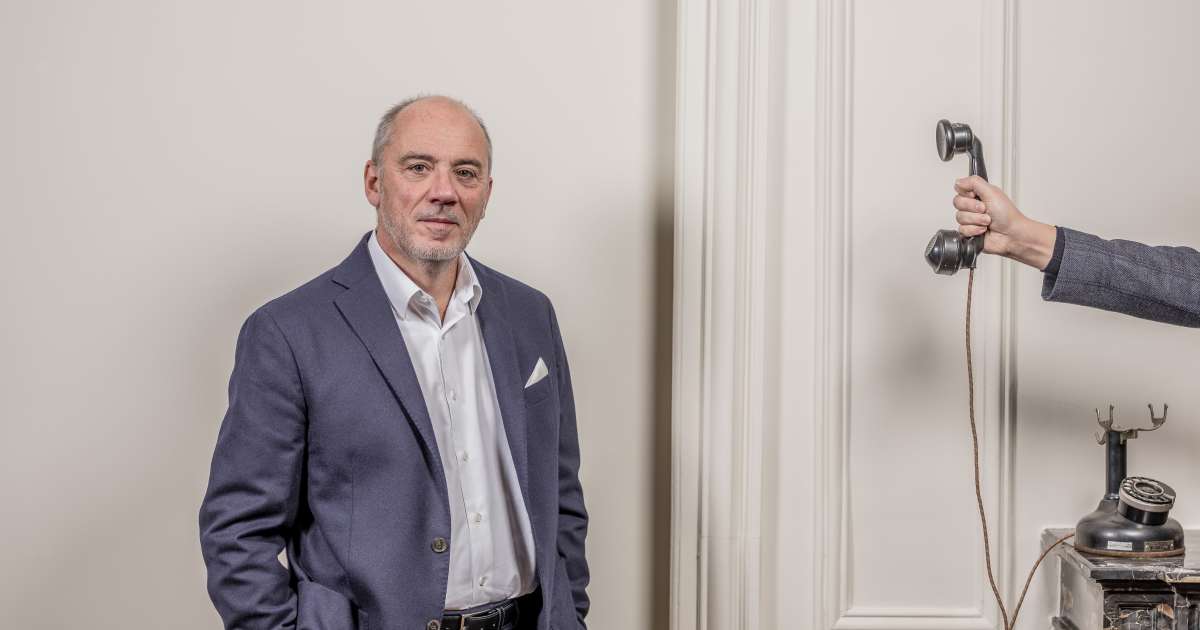